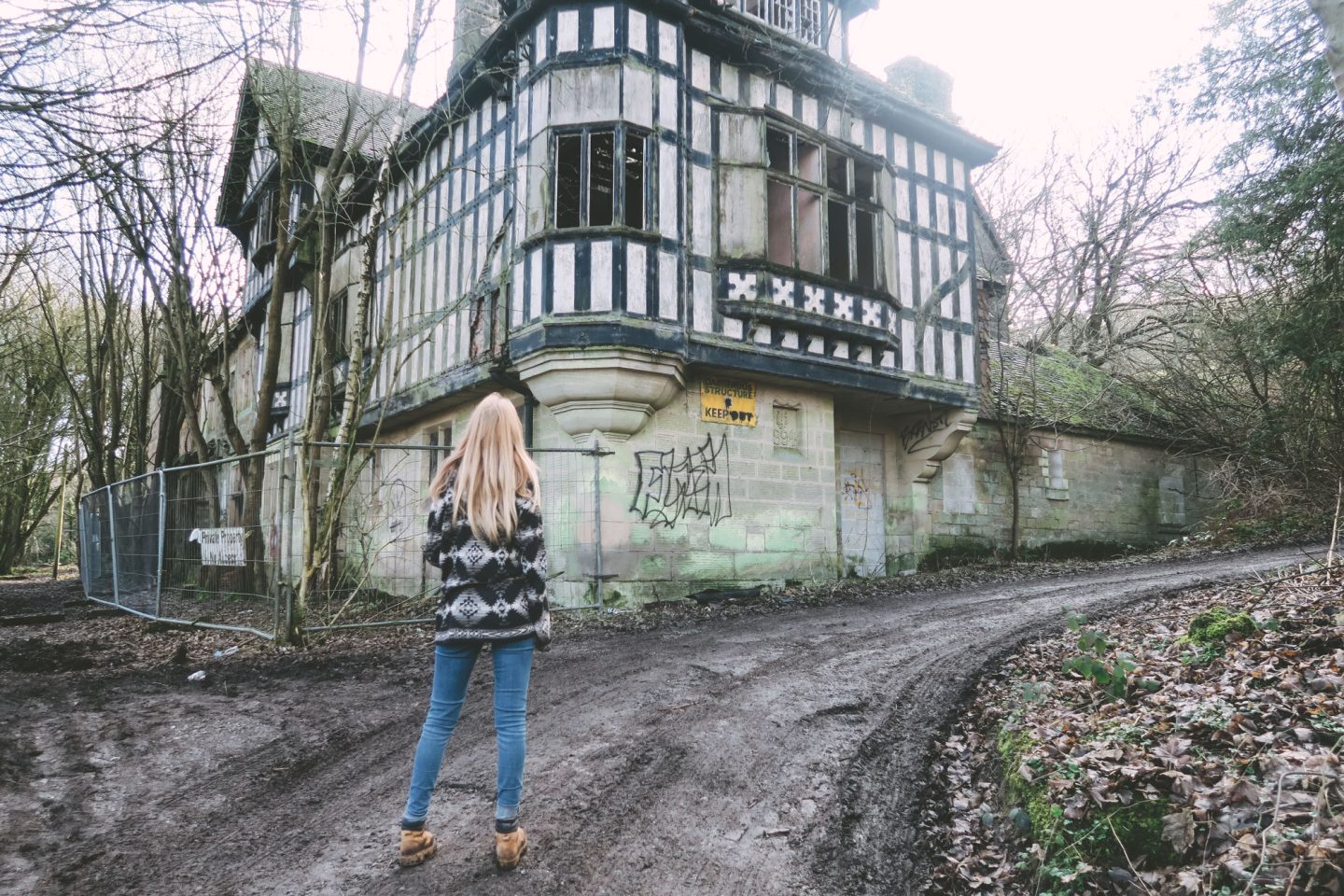 Past a small market town in north Derbyshire lies Shining Cliff Woods. It was a cold January day when Ben and I explored this creepy and supposedly haunted patch of forest. The remnants of Derbyshire’s industrial past are scattered throughout this region, giving it a rich history. I’m talking ruined manor houses, converted mills and abandoned warehouses. The trees are bare and leaves carpet the floor. If you walk here on a sunny weekend, you’ll be in the company of dog walkers. Walk here on a moody weekday, and you’ll find the only company is the bird who flitters in the tree canopy above your head. 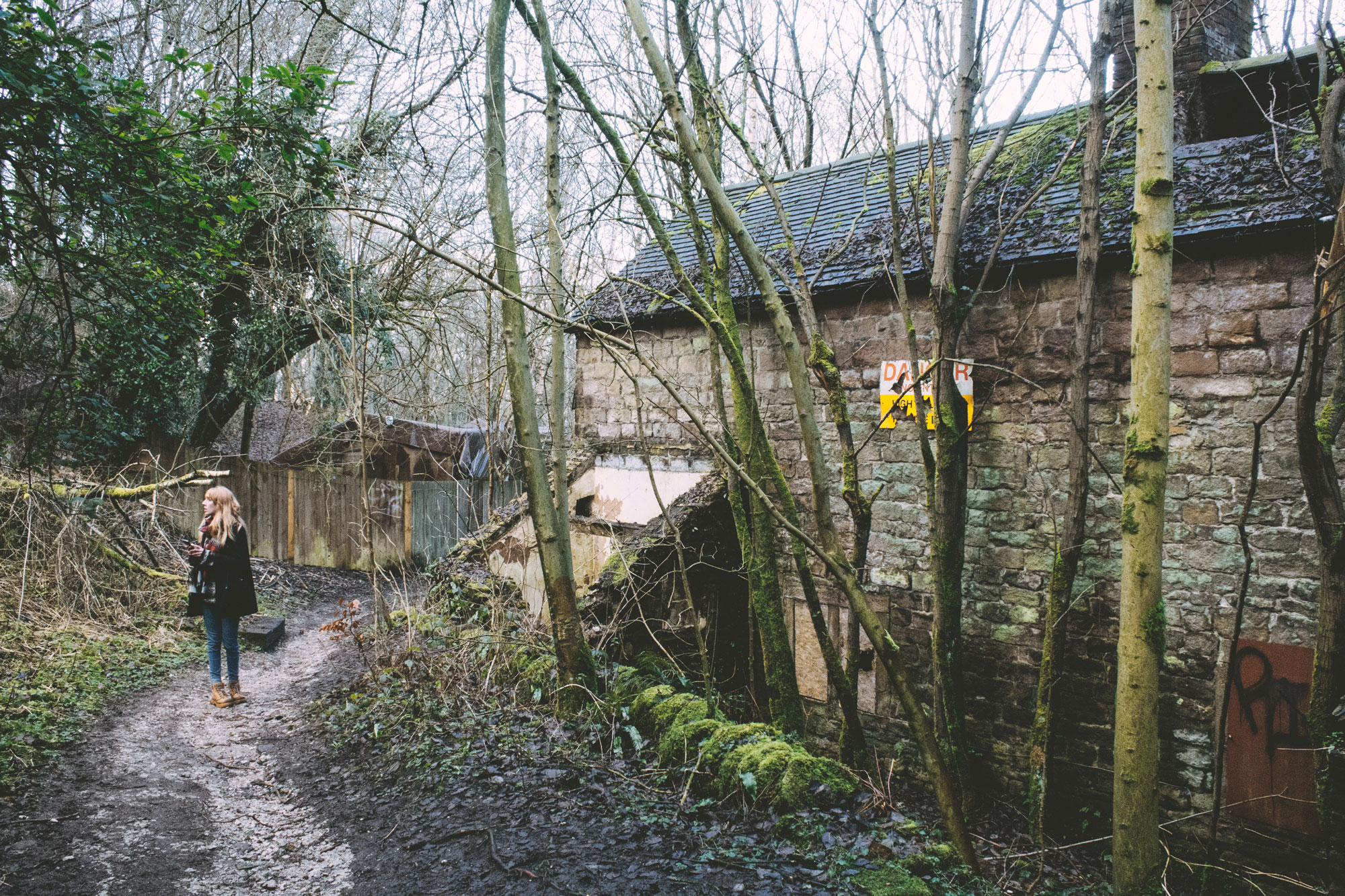 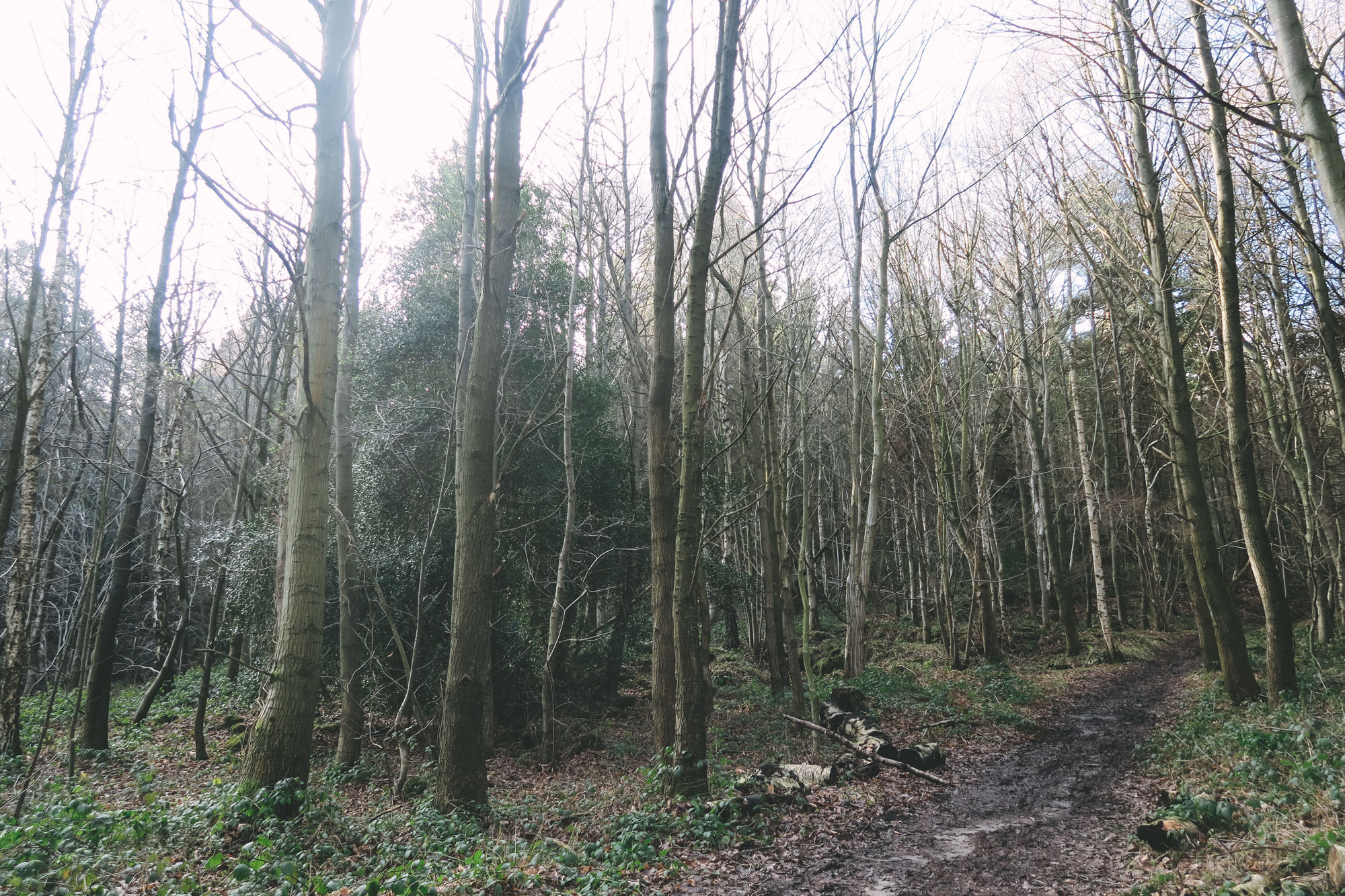 Shining Cliff Woods is home to a large area of abandoned warehouses, once belonging to a cabling business that is now defunct. The warehouses are covered in graffiti and moss, their ceilings caved in and windows boarded up. Last summer a teenage boy climbed onto a roof here and died when he fell. You can see the small hole he fell through, and the flowers that lie in his memory have turned brown and yellow in the winter months.

Just past these warehouses sits Oakhurst House, an impressive manor house that wouldn’t look out of place in a horror movie. Built in the 1800s, it has been used as a retreat for monks and has been converted into flats. Now it lies in ruins, slowly being returned to the forest that surrounds it. 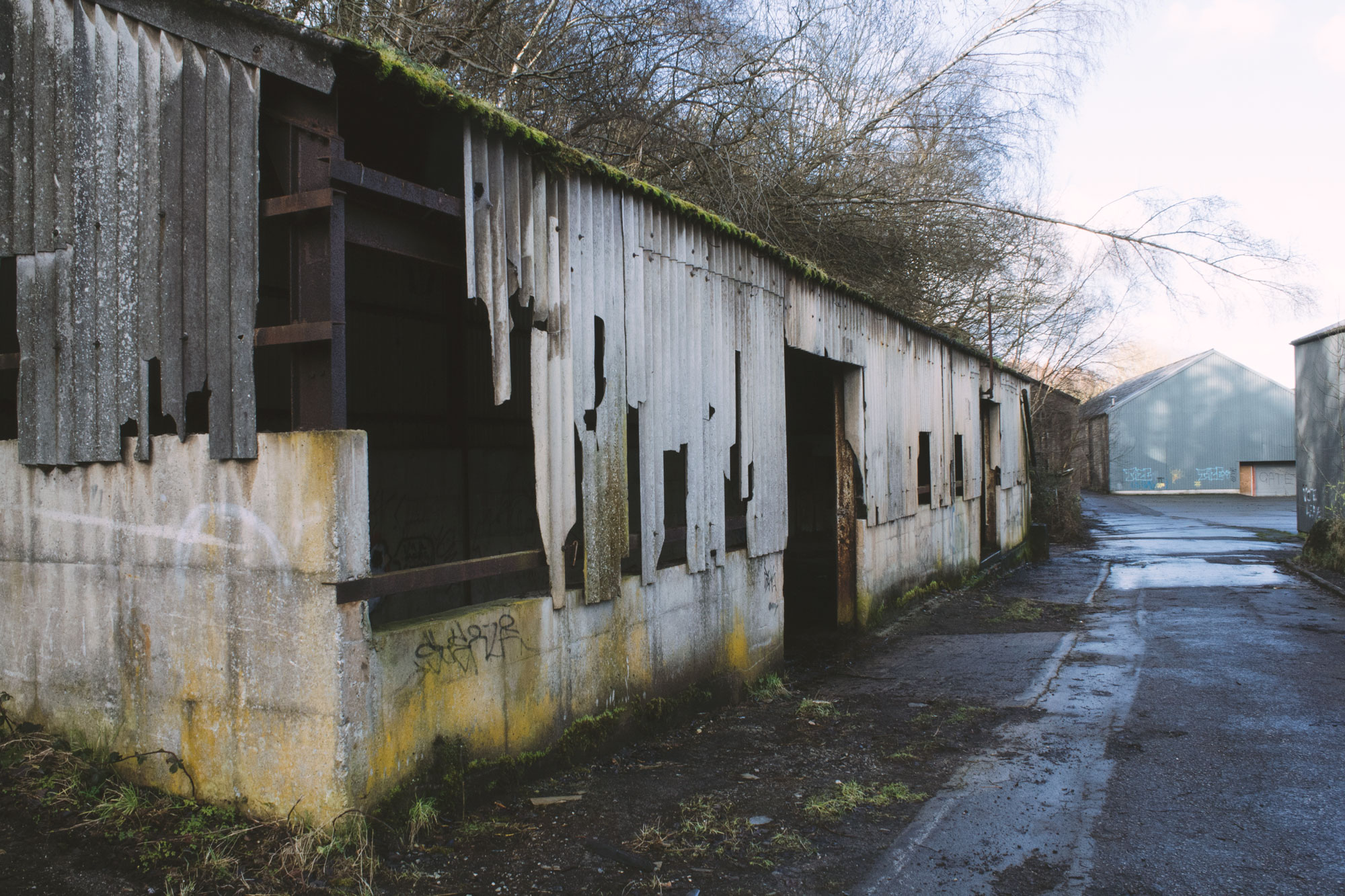 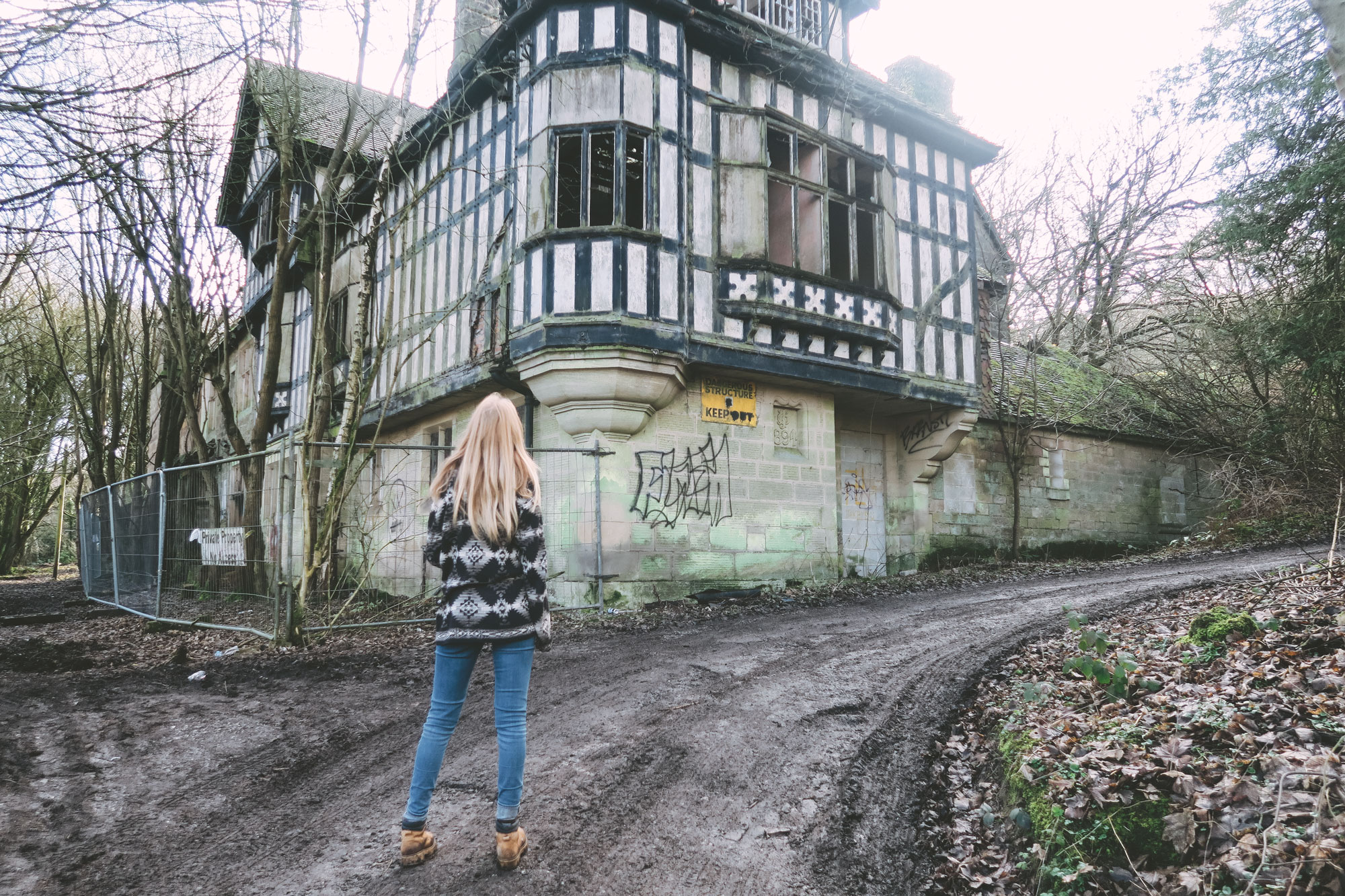 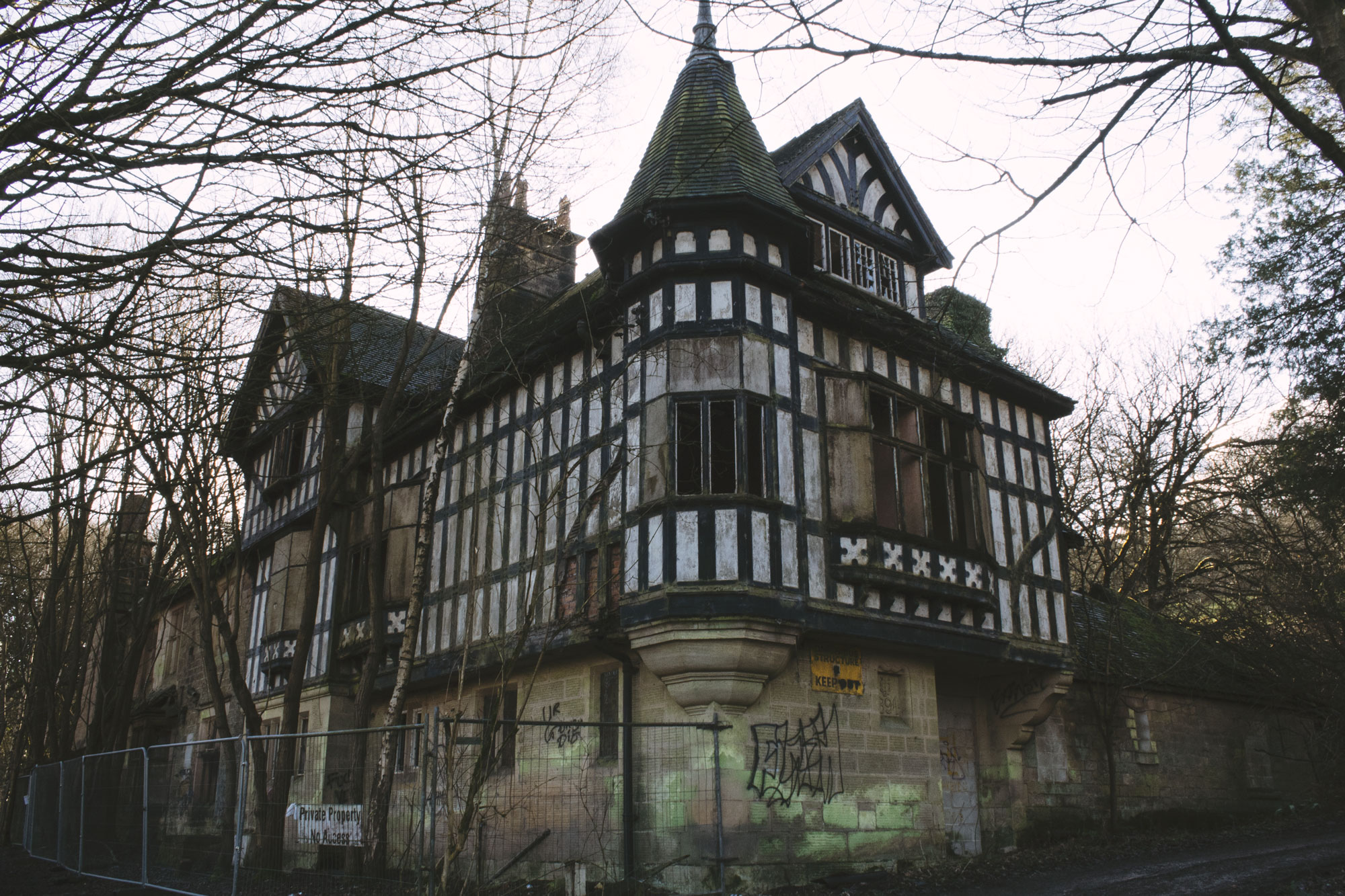 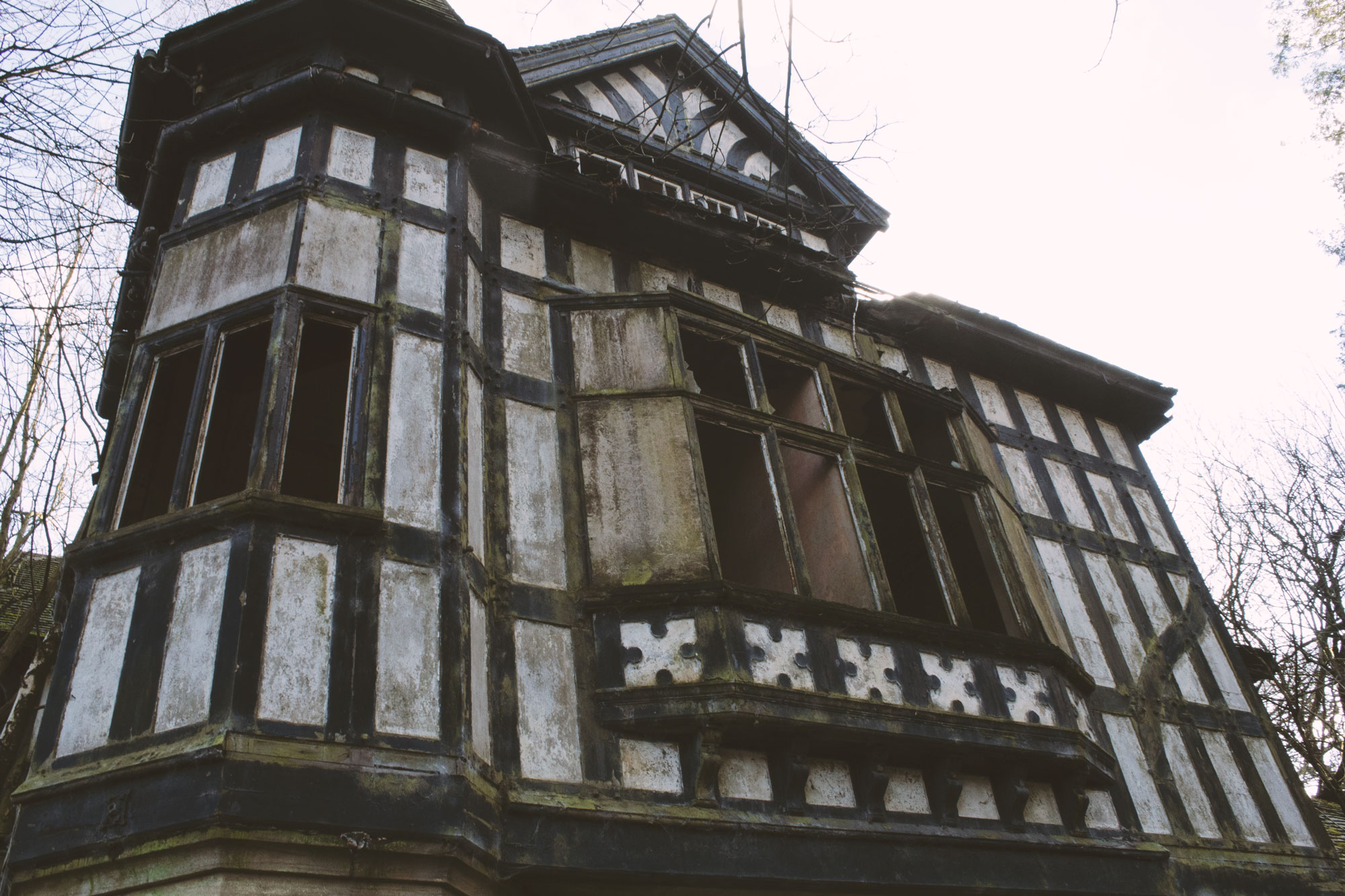 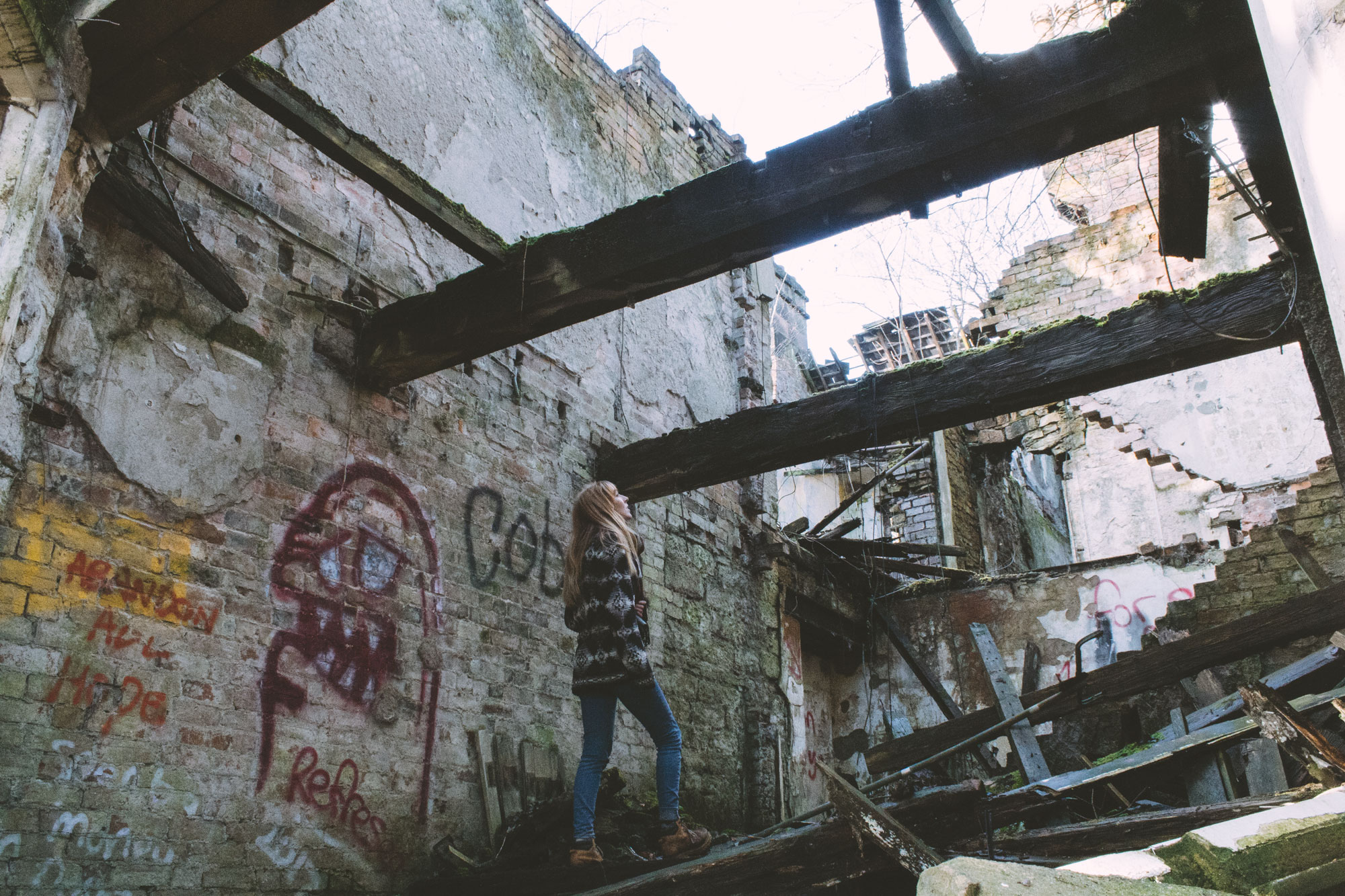 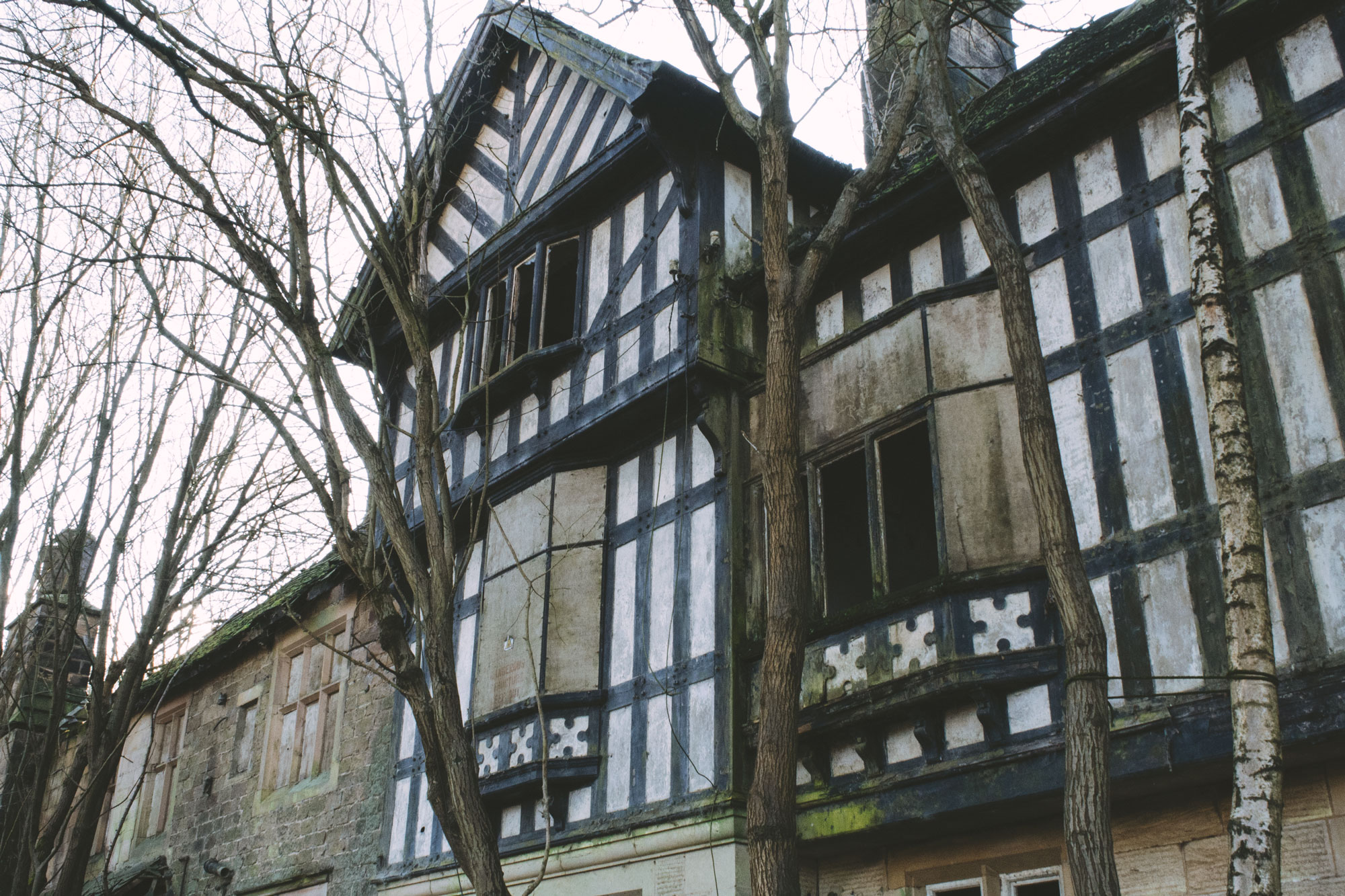 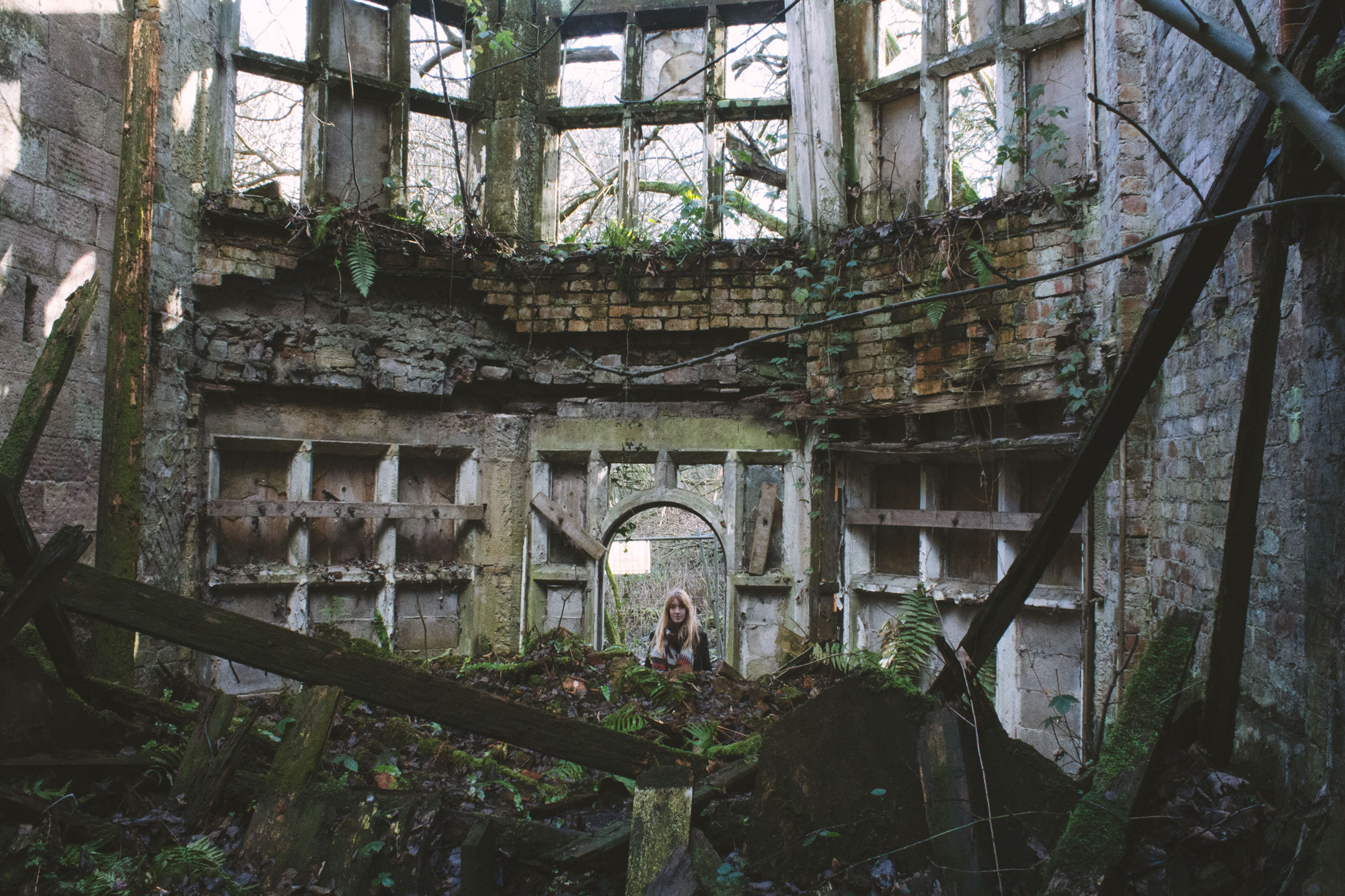 Probably the coolest secret in these woods is the Berry Kenney tree. Back in the 1700s, a family of coal burners lived nomadic in the woods, brining up 8 wild children. One of their favourite spots to set up camp was a 1,000 year old yew tree, where Betty used to rock her children to sleep in a large bough of the tree. Apparently, this is where the lullaby Rock-a-bye baby comes from! After a devastating fire in the 1930s, the tree is now dead. It still stands proud at the highest point of the woods, in it’s own little clearing in the pines. 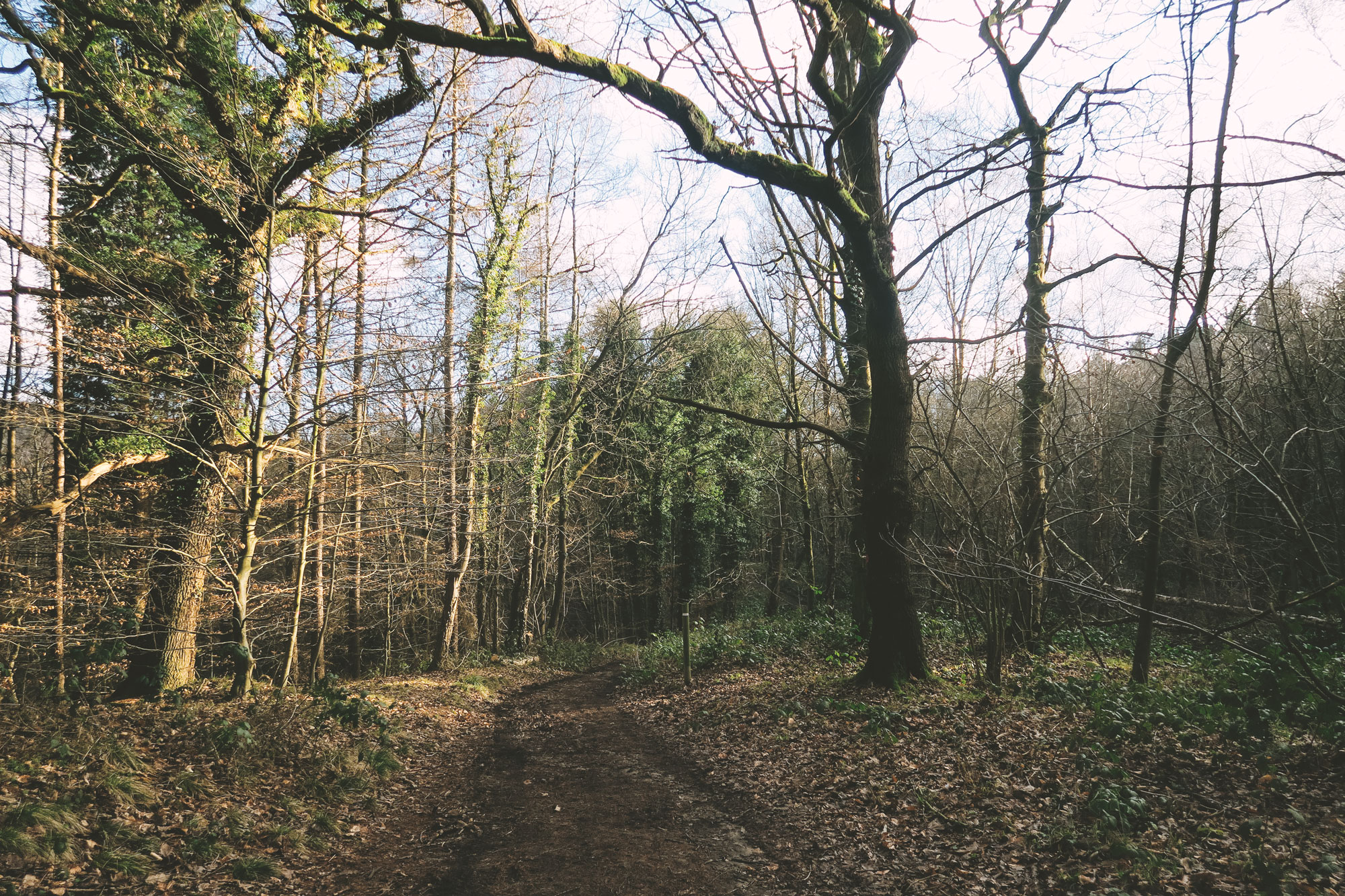 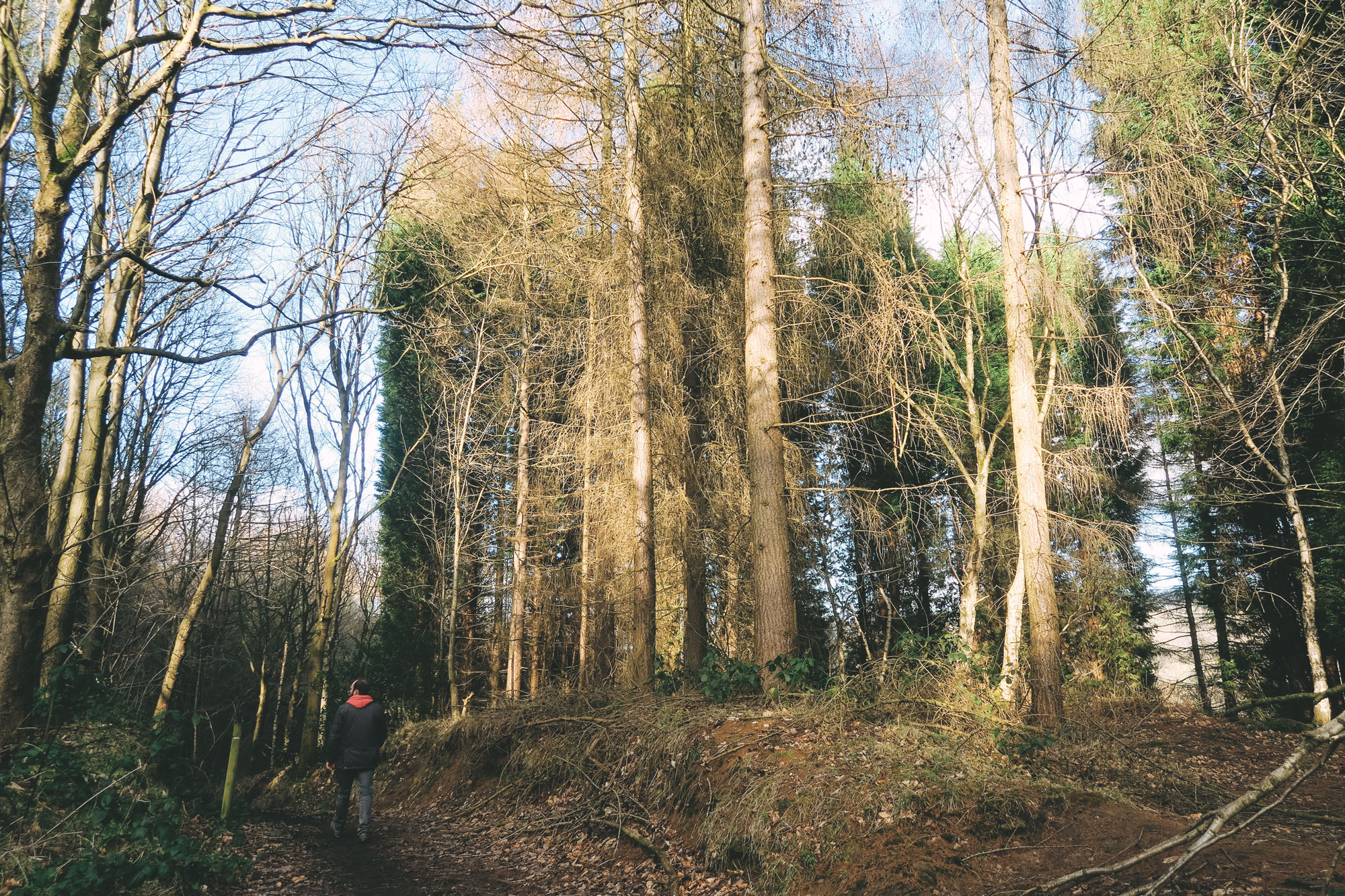 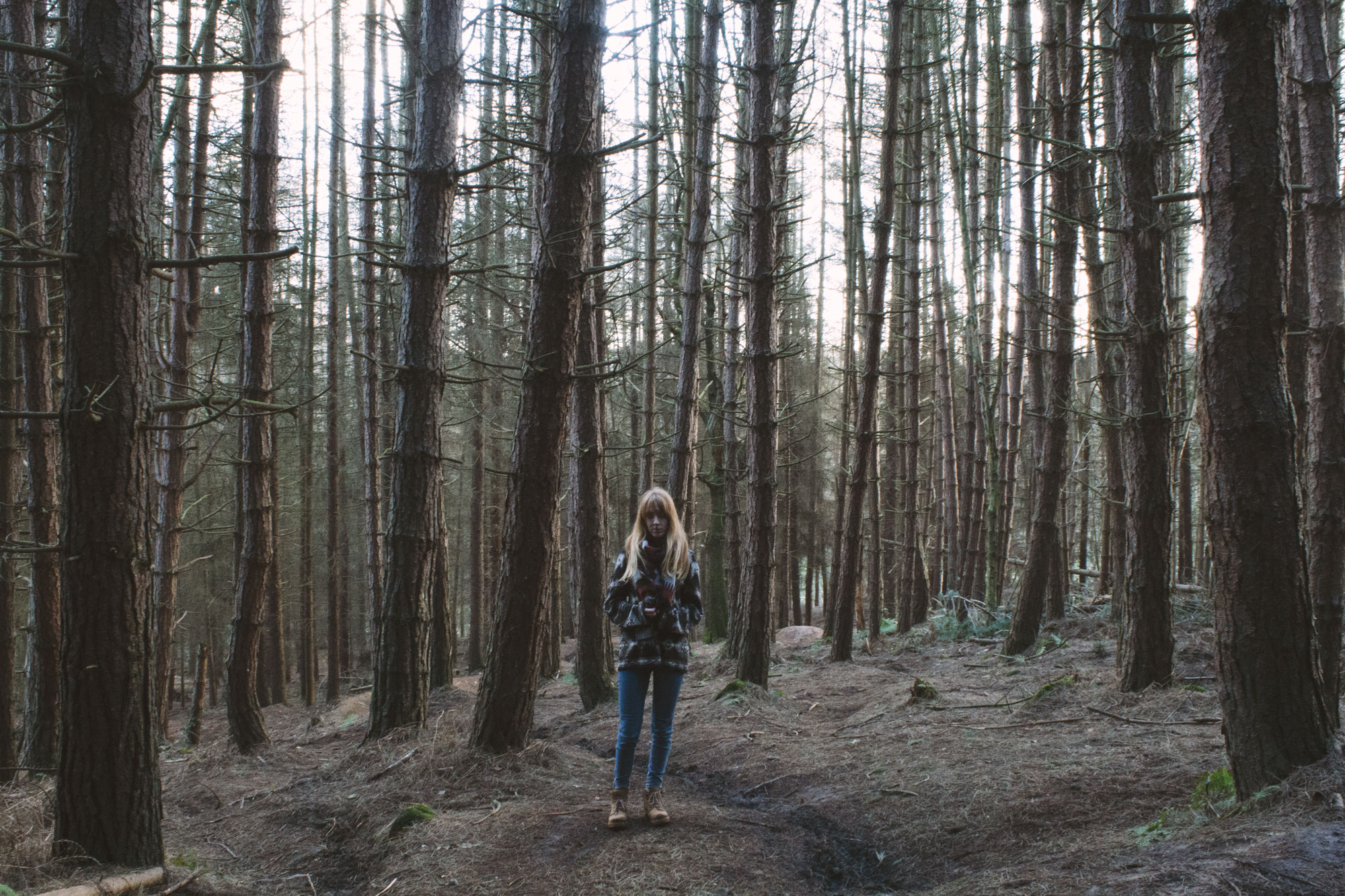 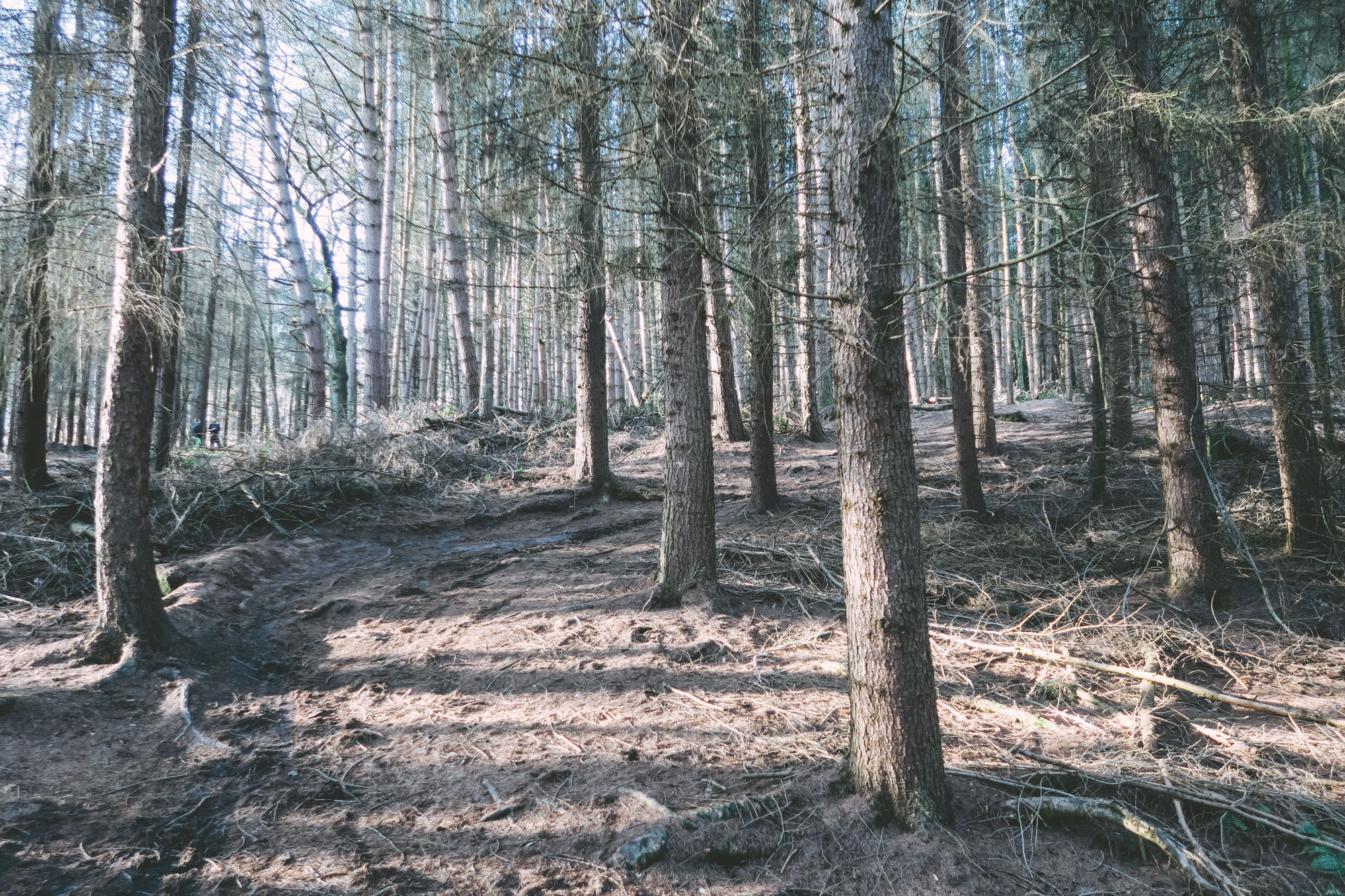 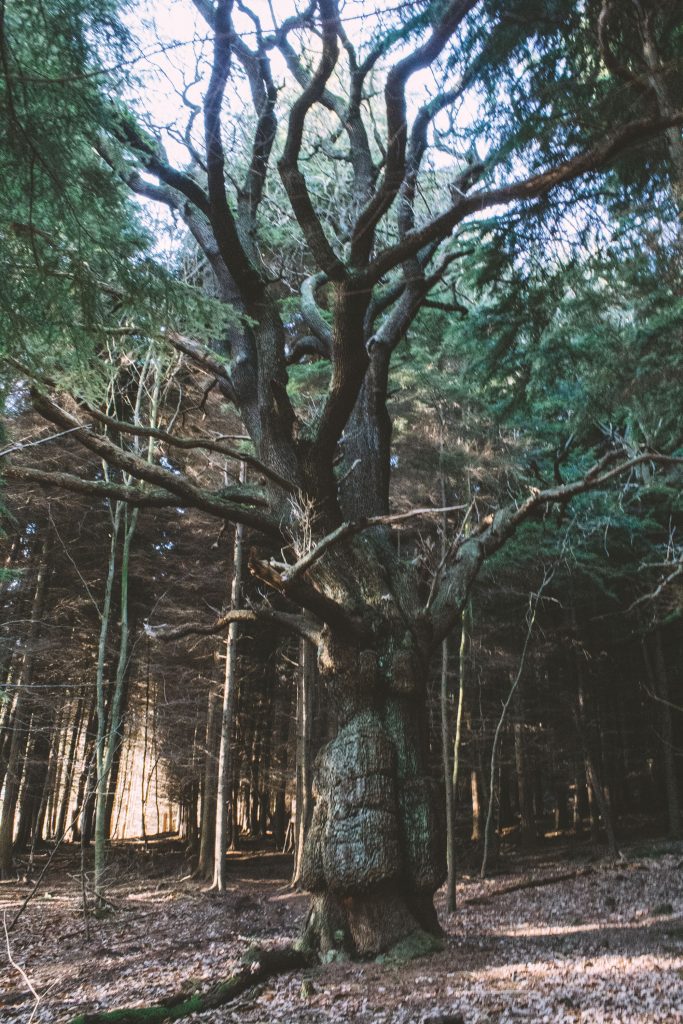 If the warehouses, the Oakhurst ruins and the Betty Kenney tree weren’t enough to creep us out, we got lost on our way back to the path. We had to cut through the forest, completely off track. Just under the leaves, I spotted a jacket half buried in the mud. Ben began digging in case there was something sinister attached to the jacket, but there was nothing. Did I mention a man was murdered here years ago, and his remains scattered throughout the woods? Eeesh. We hot stepped it out of there pretty quickly after that!

I filmed the whole trip, which you can watch here or at the top of this post if you want. If you’re into things that are a little spooky and off the beaten path, I think you’ll enjoy.