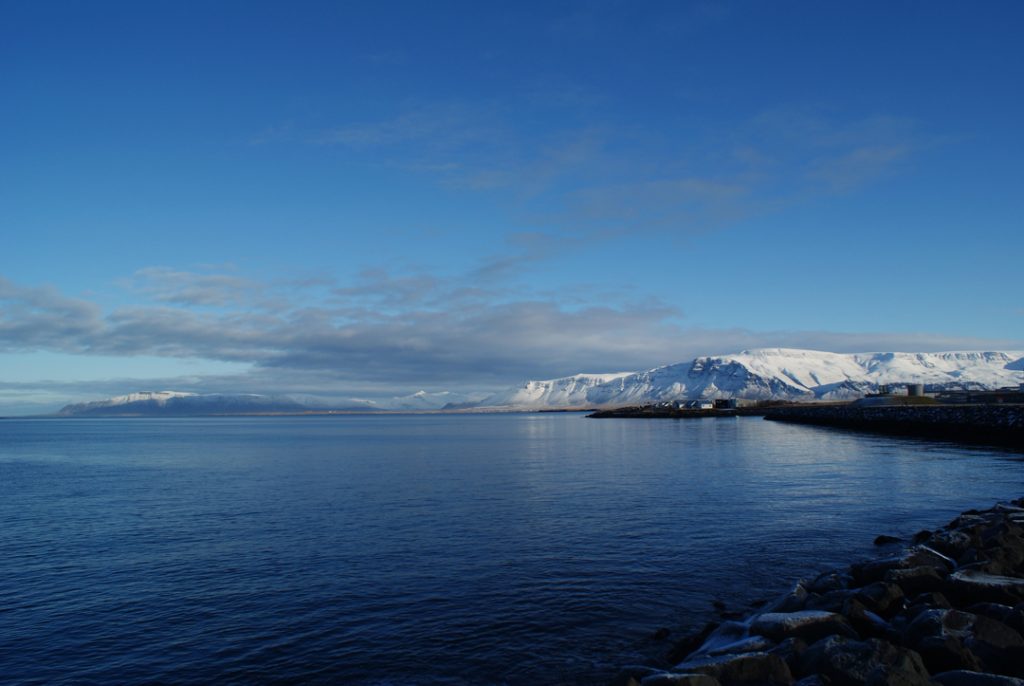 It’s been a long time since I looked at these photographs. I first travelled here quite a few years ago, and going through these old photos keeps bringing back waves of nostalgia. I only spent 4 days here, but the land of ice and fire has held me in it’s snare ever since. It’s a story you’ve probably heard again and again; Iceland is a wild, intoxicating place that somehow gets into the blood of anyone who visits. Our first introduction was the pristine Faxafloi Bay.

I remember arriving in pitch darkness and settling into a bland but clean hotel. On my way to breakfast the next morning however, I was greeted by a huge stairwell window that overlooked Faxafloi Bay. A calm, deep blue ocean stretched away in front of the hotel, ending in snow white mountains and a pale blue sky. It was breathtaking! Walking 20 minutes into Reykjavik centre was worth it when you had this view as your companion.

Along the way, I saw the iconic Sun Voyager sculpture, which symbolises dreams, hope and freedom. You can also see the base of the Imagine Peace tower, a memorial to John Lennon commissioned by Yoko Ono. From October through December, the tower sends huge searchlights into the sky, beaming into the clouds and beyond. The base of the ‘tower’ has peace carved into it in 24 languages. Buried beneath it are 1 million wishes collected by Yoko Ono. I’d love to see it lit up, it gives me goosebumps just thinking about it. 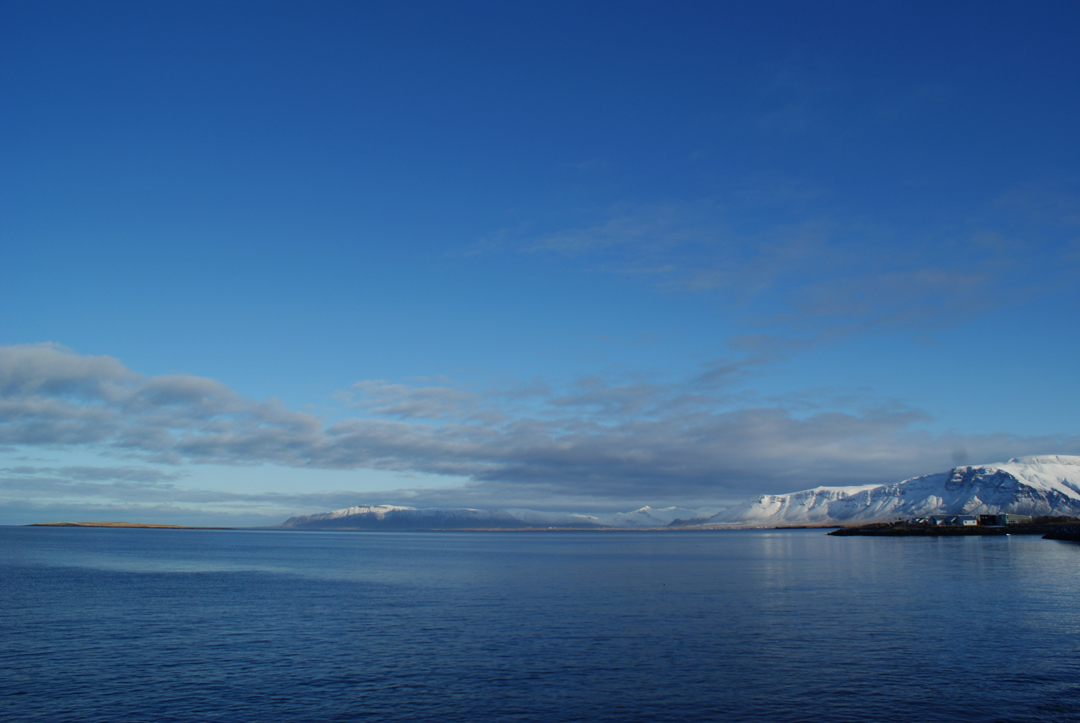 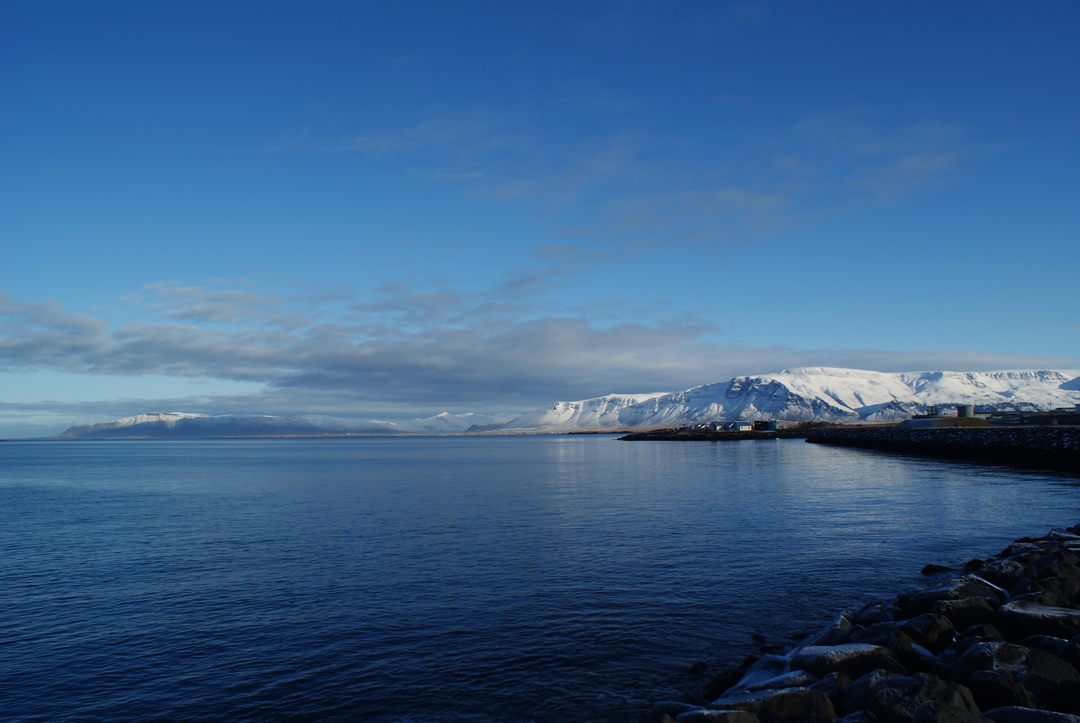 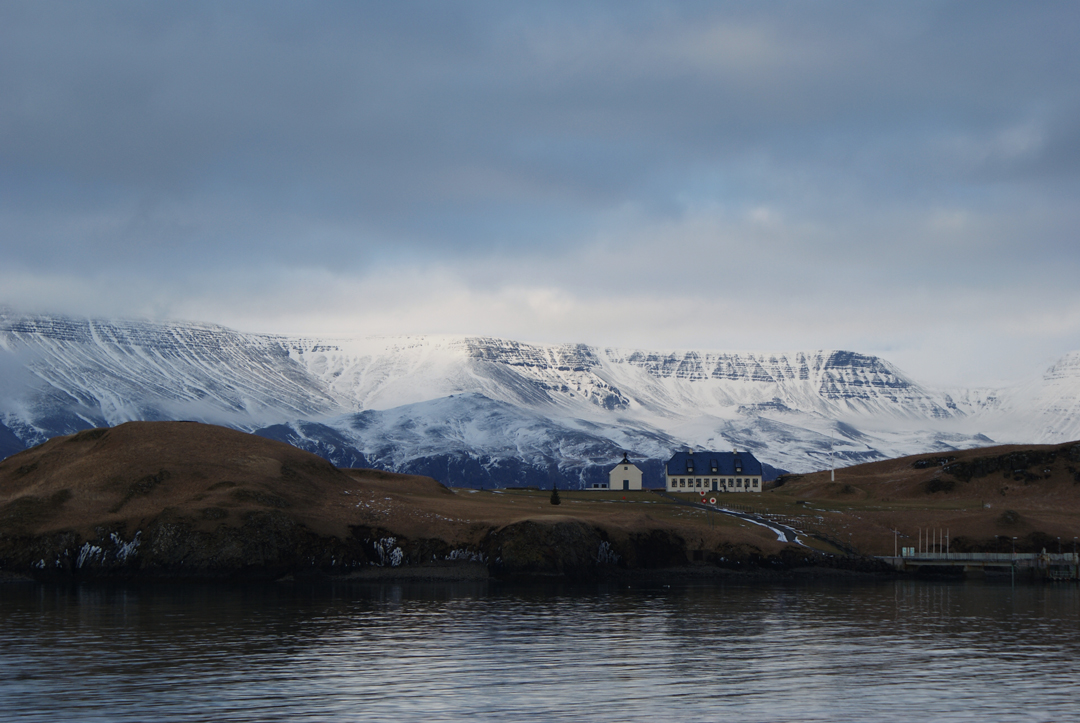 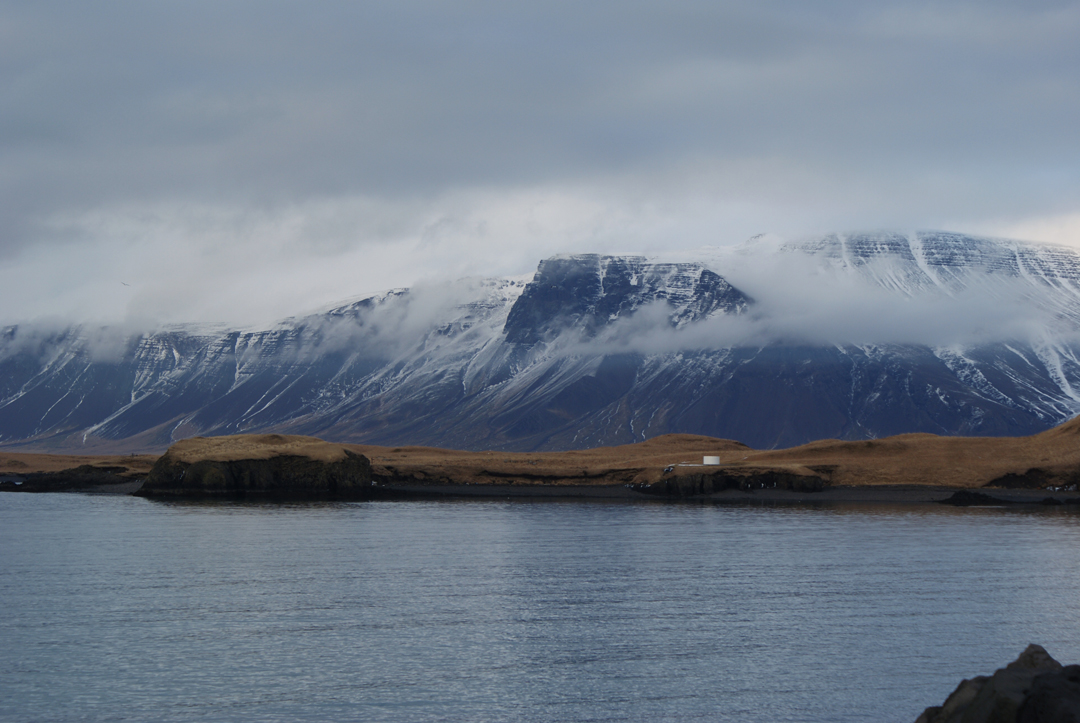 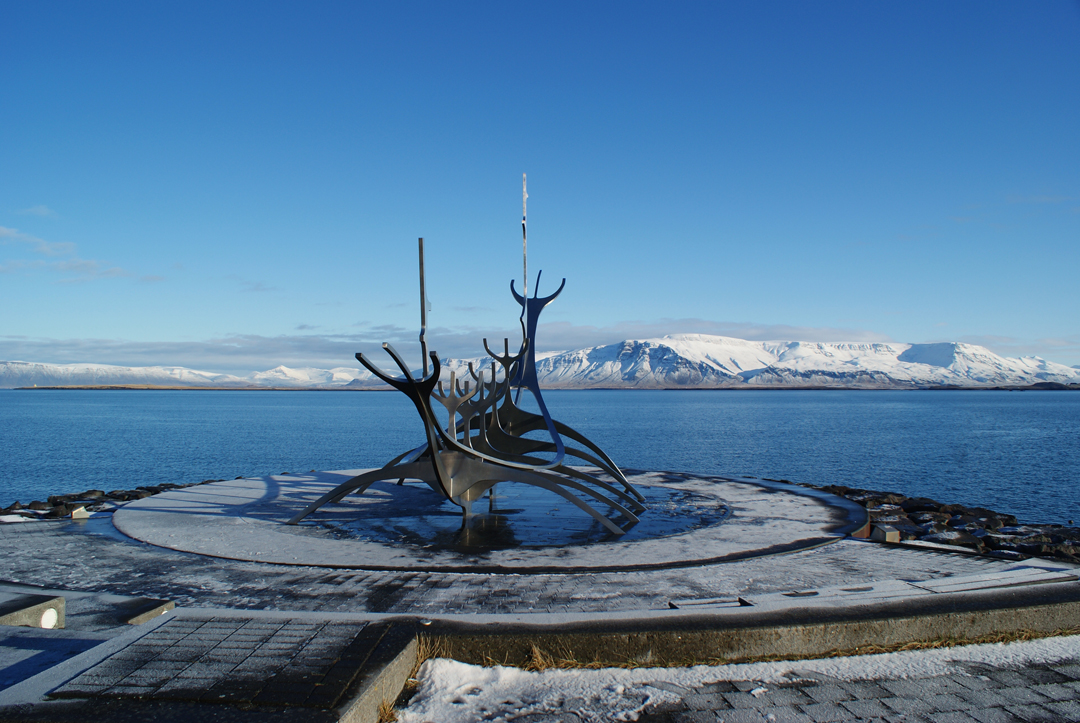 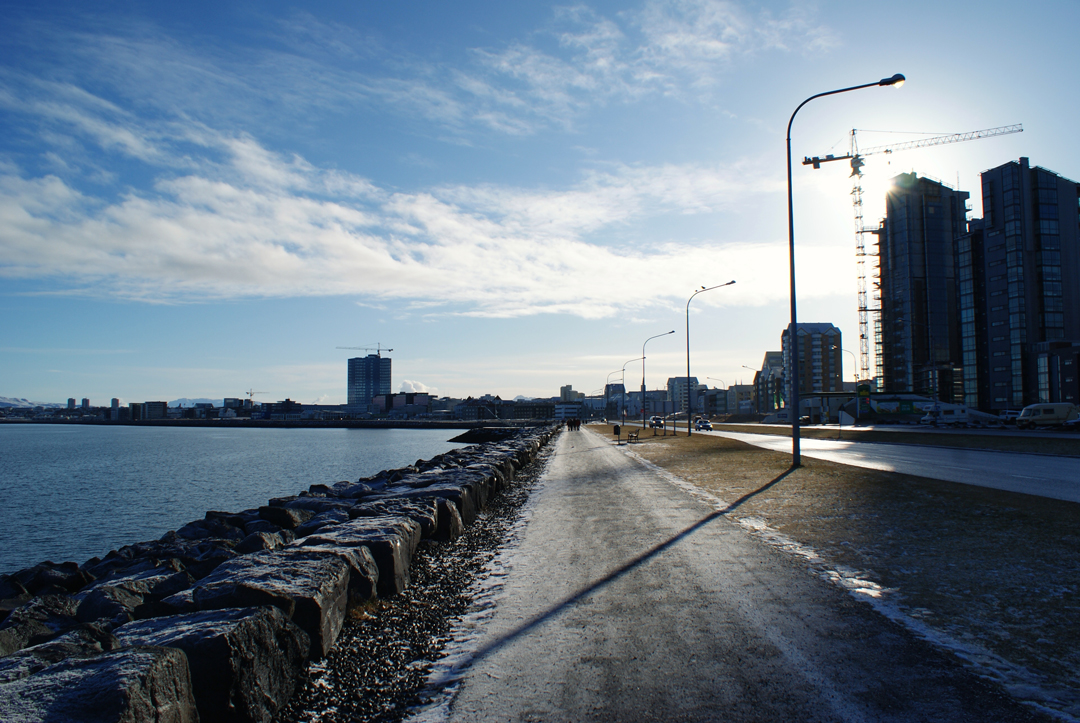 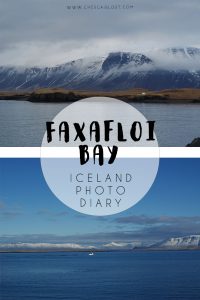