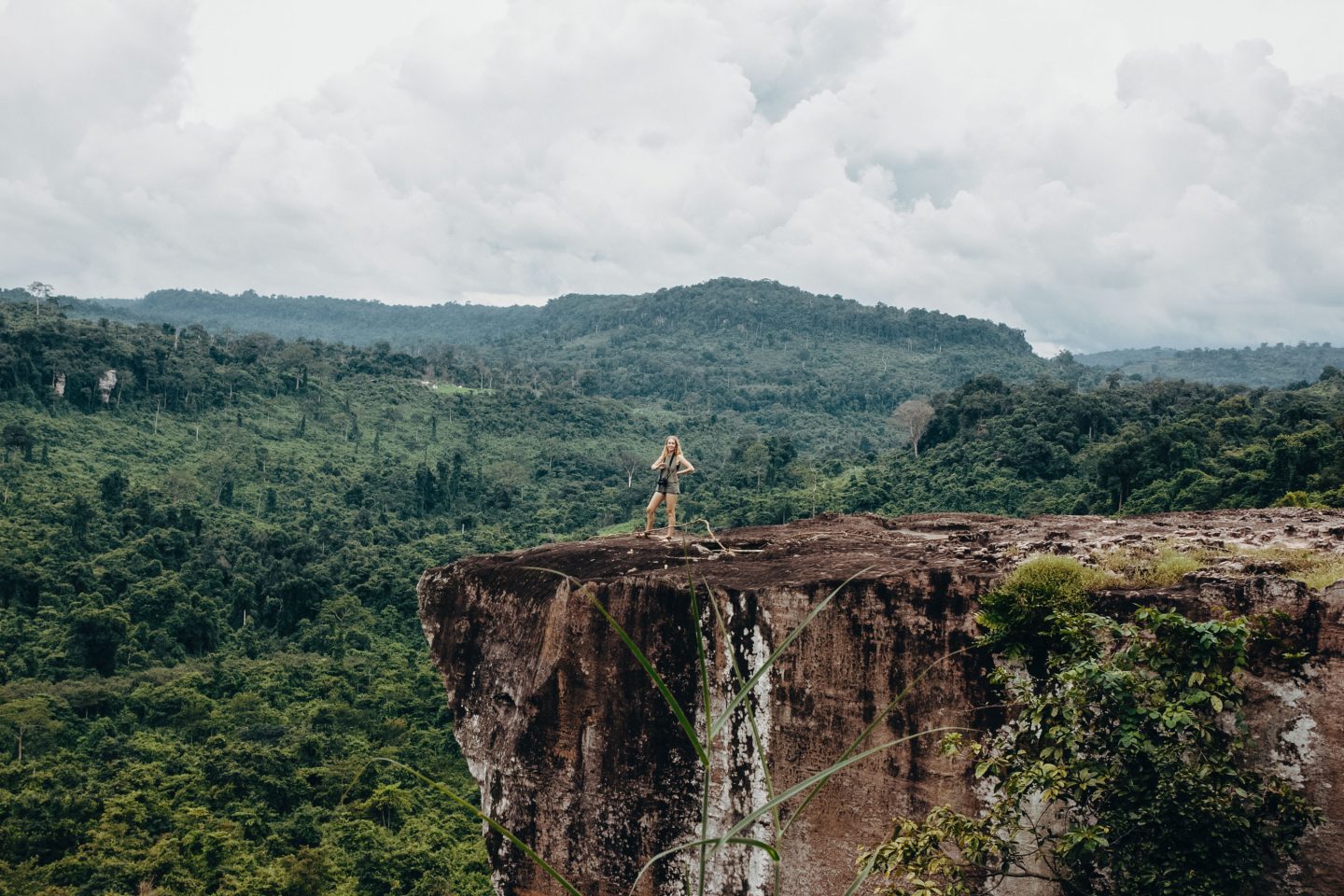 Cambodia isn’t known for its hiking and trekking. Being littered with so many landmines and UXO’s makes it difficult for trails to be established. But you can still get your dose of nature by heading out to Kulen National Park, just a couple of hours drive from Siem Reap. The park is home to numerous sacred sites as well as natural wonders, including riverbed carvings and huge waterfalls. We hired a driver from Siem Reap and spent the day exploring some of the famous sites here.

High up in the mountains is a statue of a reclining Buddha, tucked into a hilltop above a local village. We happened to visit on National Buddhist Day, so the place was absolutely packed – in the best way. Locals were paying tribute to Buddha at many of the shrines nearby, while musicians played traditional Cambodian music next to a fountain. It was buzzing with life and it felt like a privilege to witness the temple being used as it should. The Reclining Buddha is housed in a wooden structure that overlooks the jungle, but there are plenty of other worshipping sites within the small temple to have a look around. 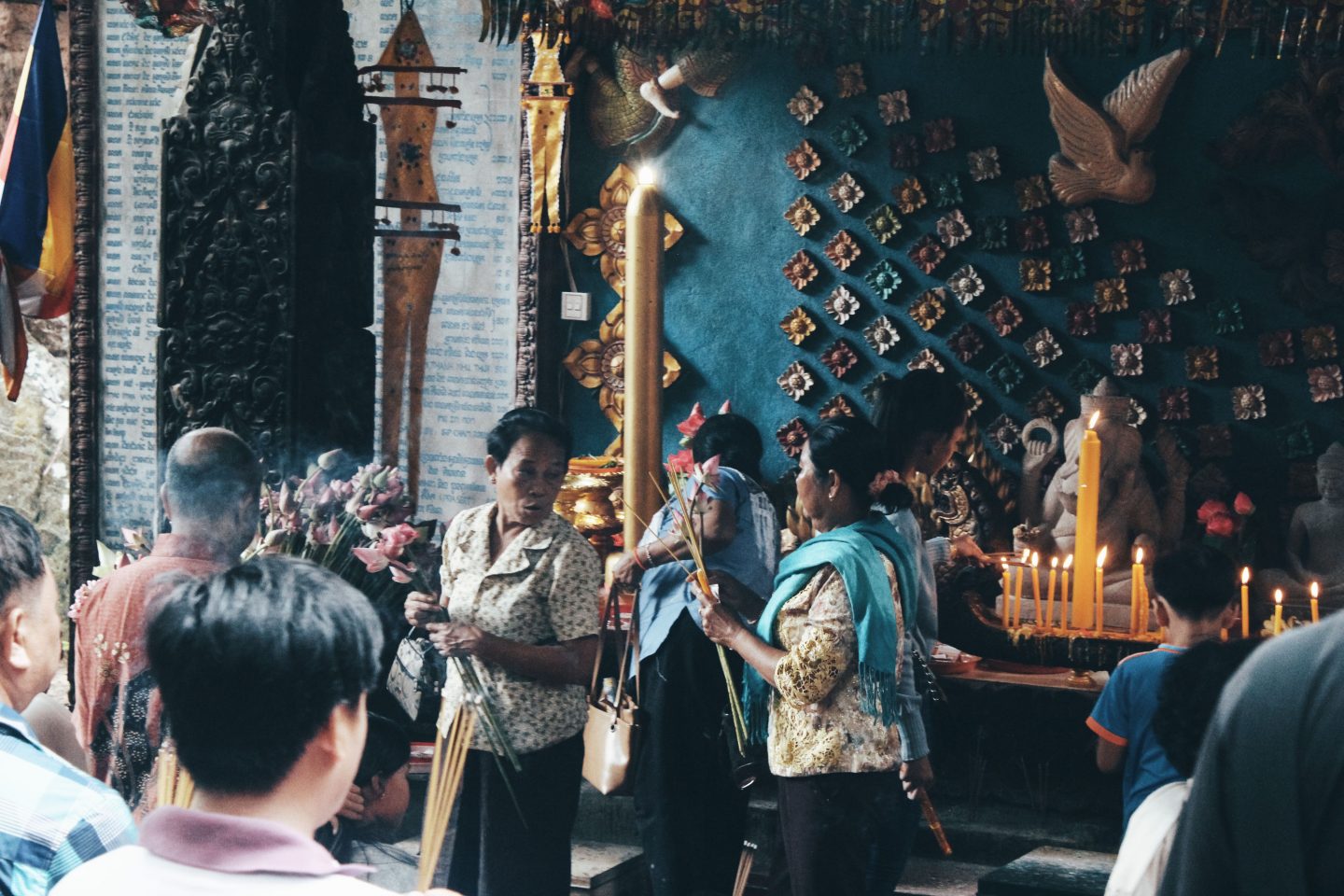 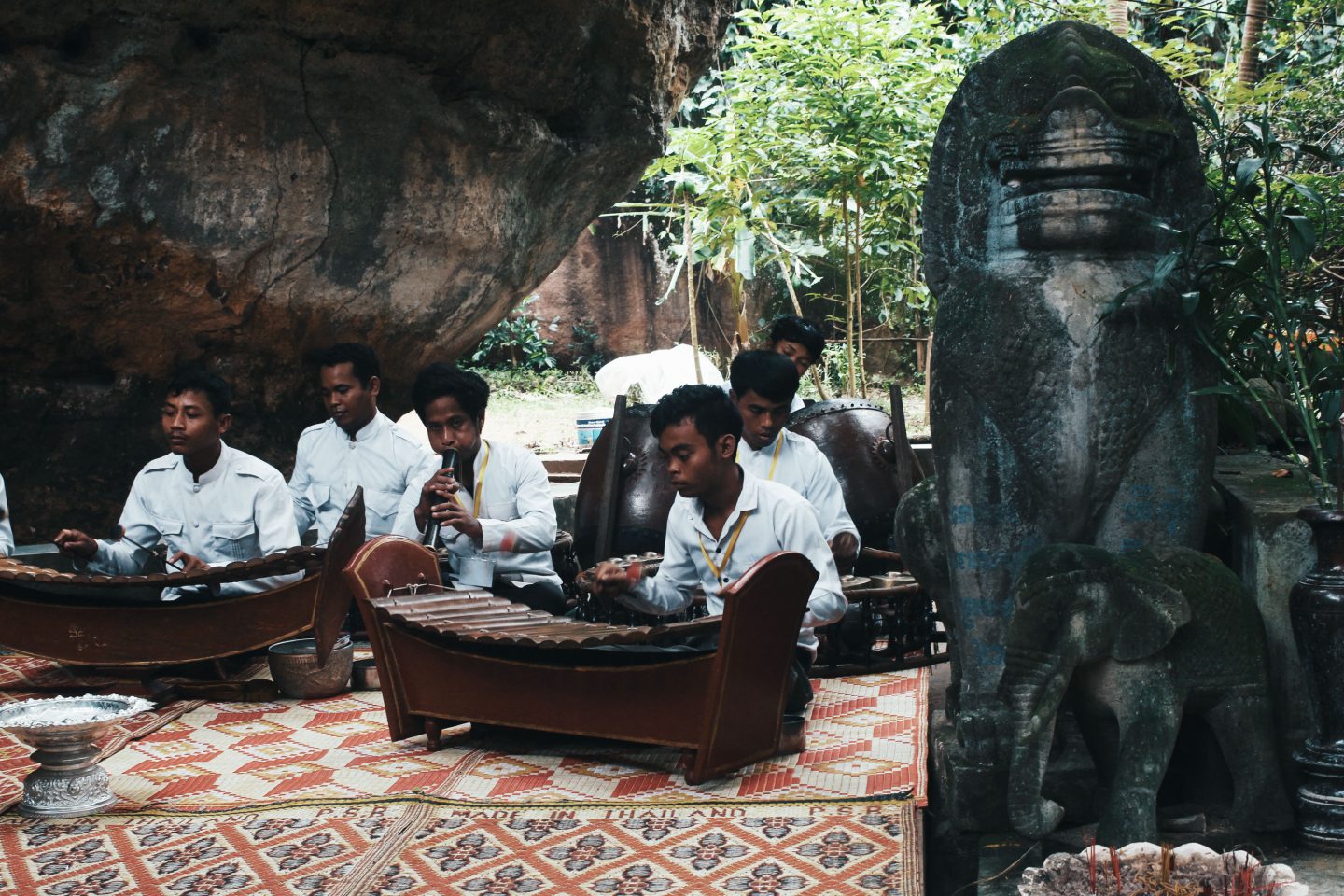 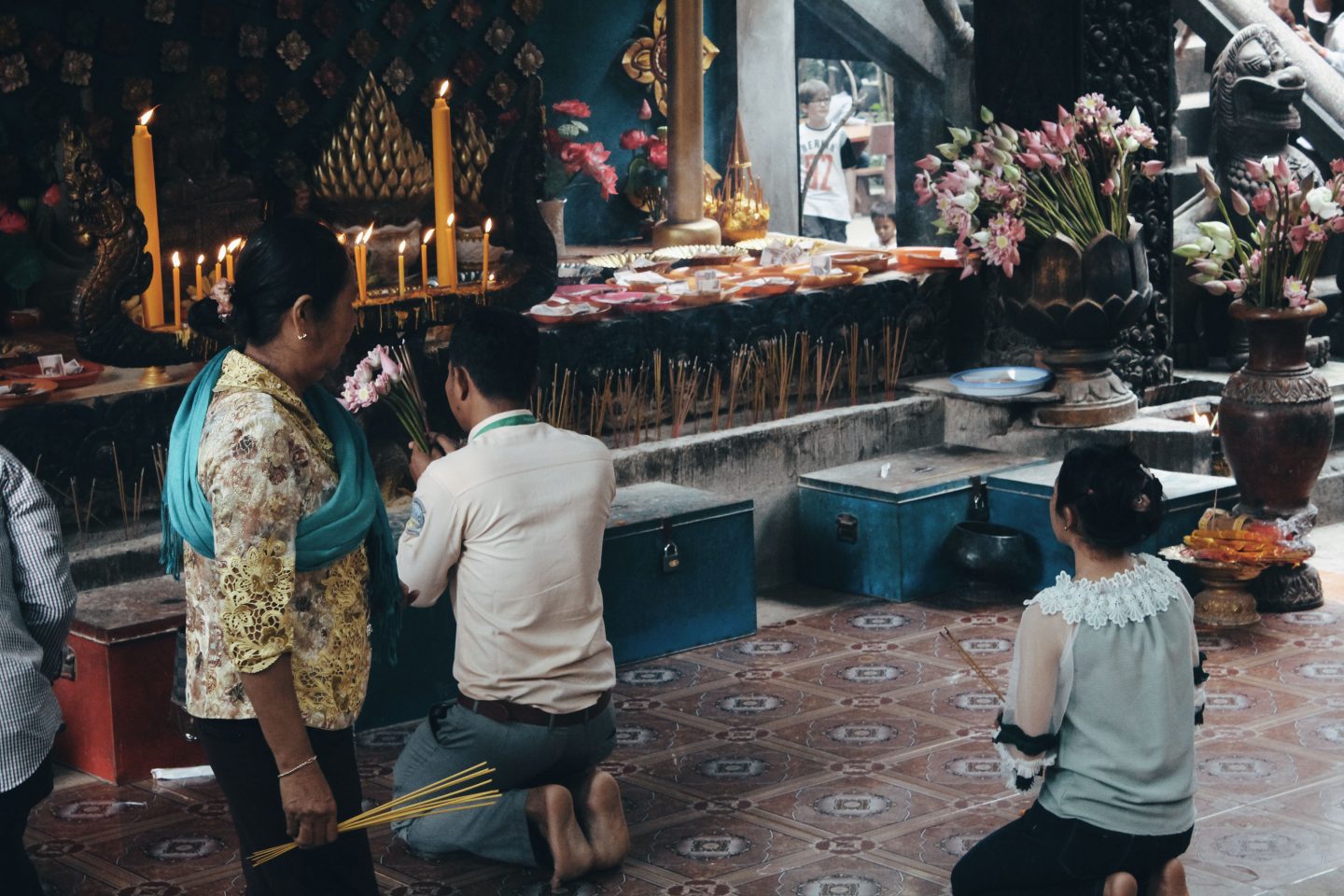 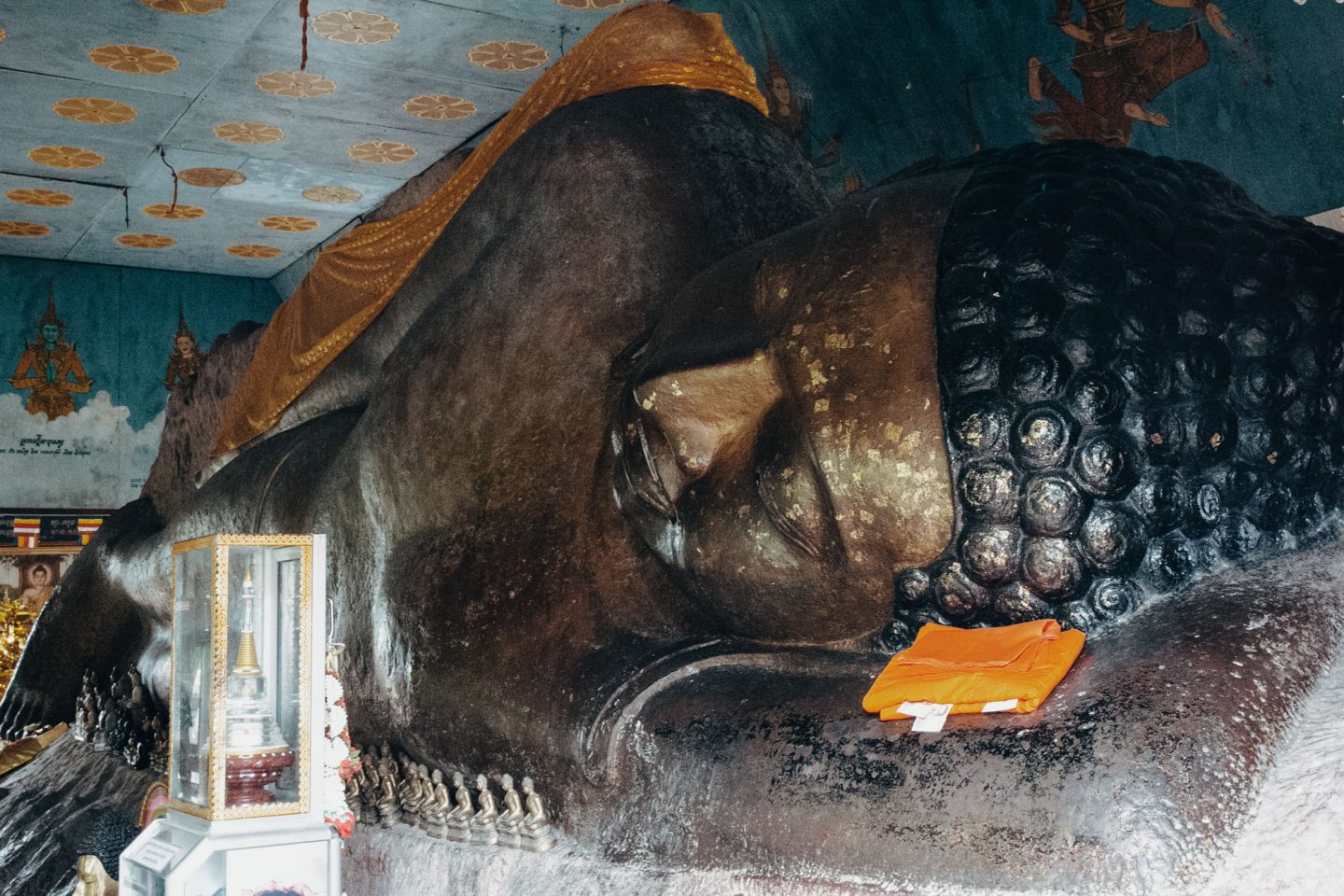 The River of a Thousand Lingas

Have you ever seen a river with centuries-old Hindu carvings on the riverbed? It’s pretty cool. We arrived just at the end of the rainy season, which meant the river was pretty high and we could only just make out the carvings. But they are there, and they have a special importance in Cambodia. The Linga is a phallic shaped stone that represents male energy in Hinduism. Its counterpart is the Uni, and represents feminine energy. The Uni is a square shaped base that the Linga stone sits in, and together they symbolise the universal life force. This river we visited flows to Angkor Wat, so during the 11th century, the King had thousands of Lingas carved into the riverbed, along with depictions of other mythological creatures and aspects of Hinduism. The idea was that the river would flow over these carvings, which would bless the waters as they make their way to Angkor Wat. It’s a very pretty spot to wander around and there are footpaths following the river that take you off into the rainforest. 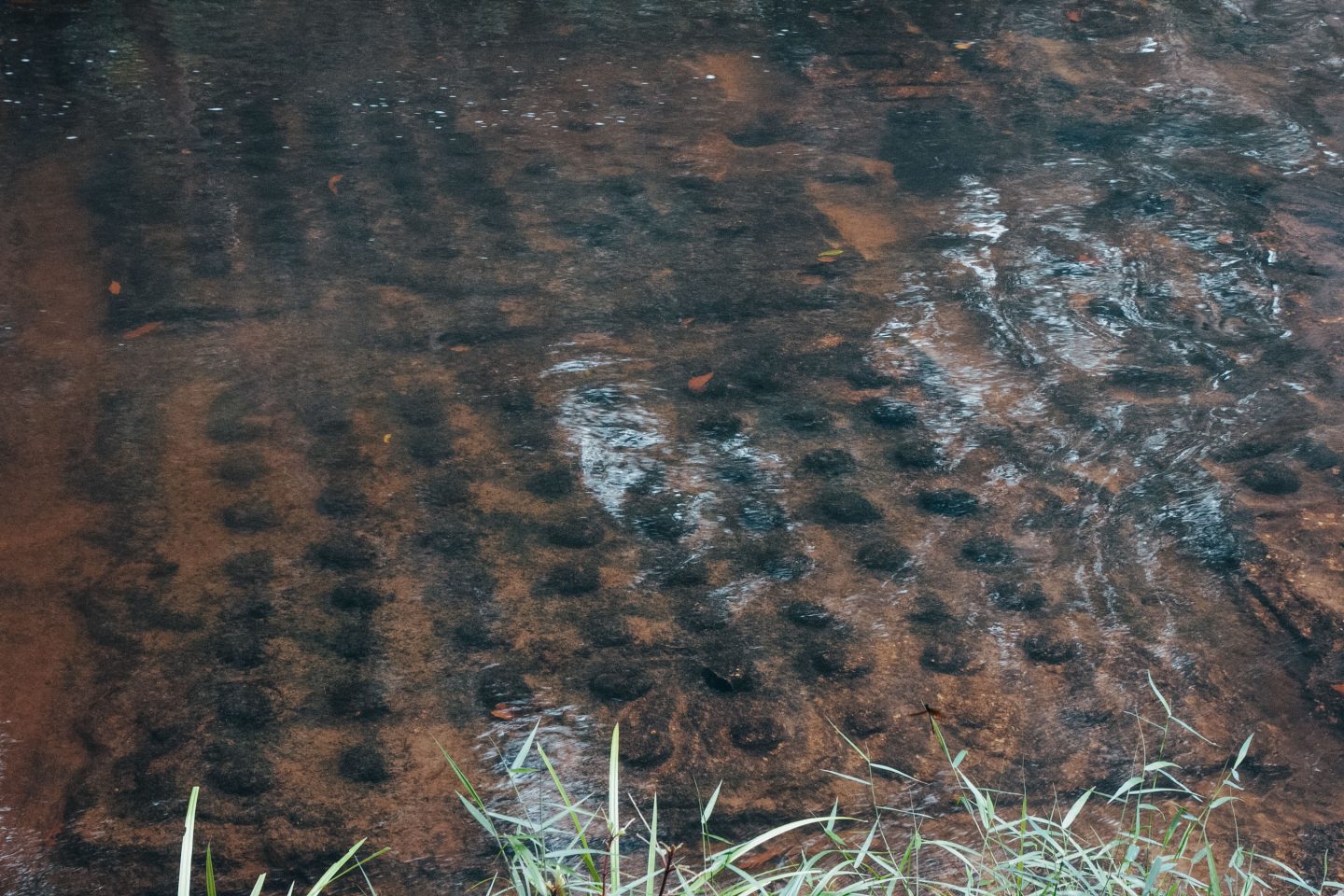 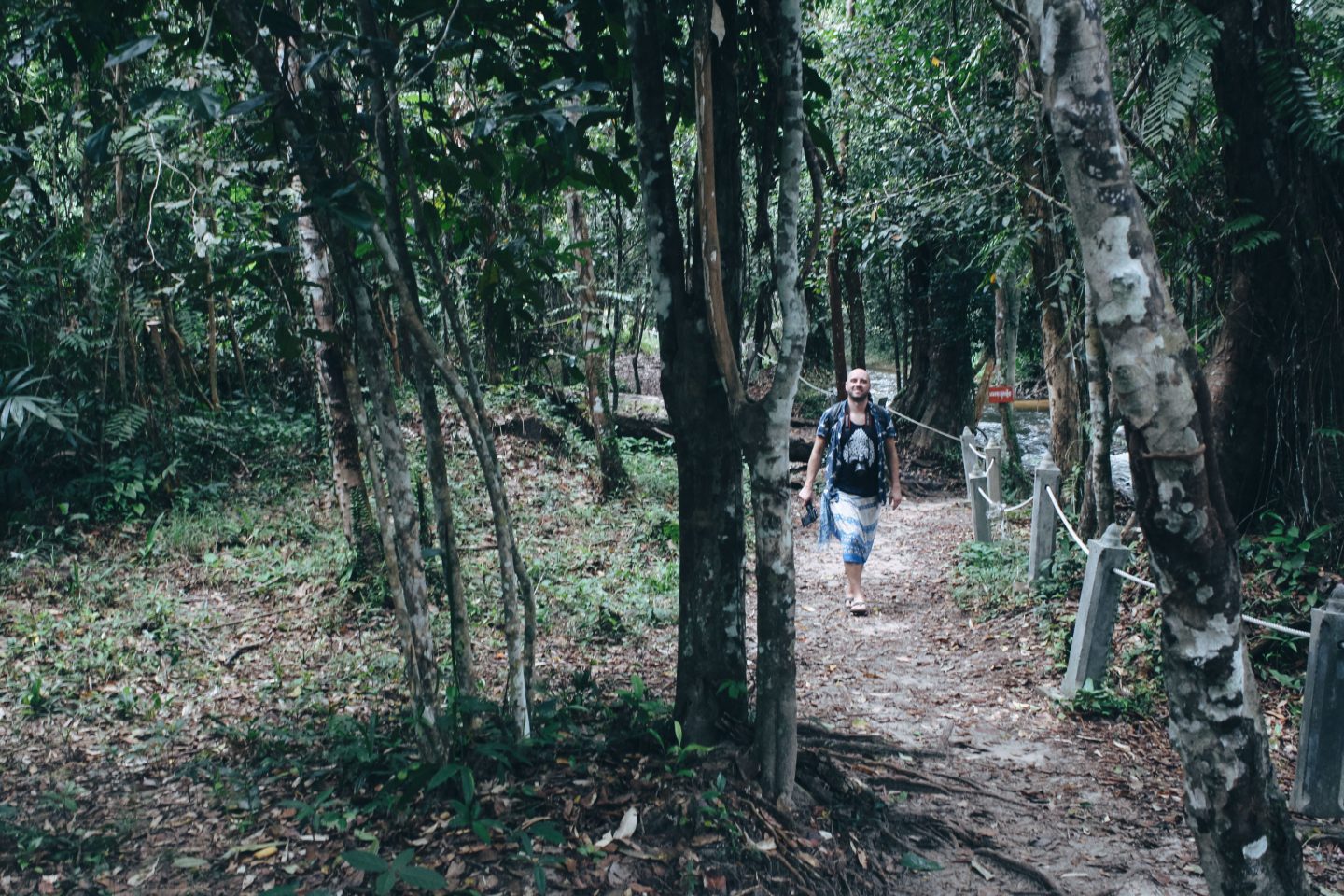 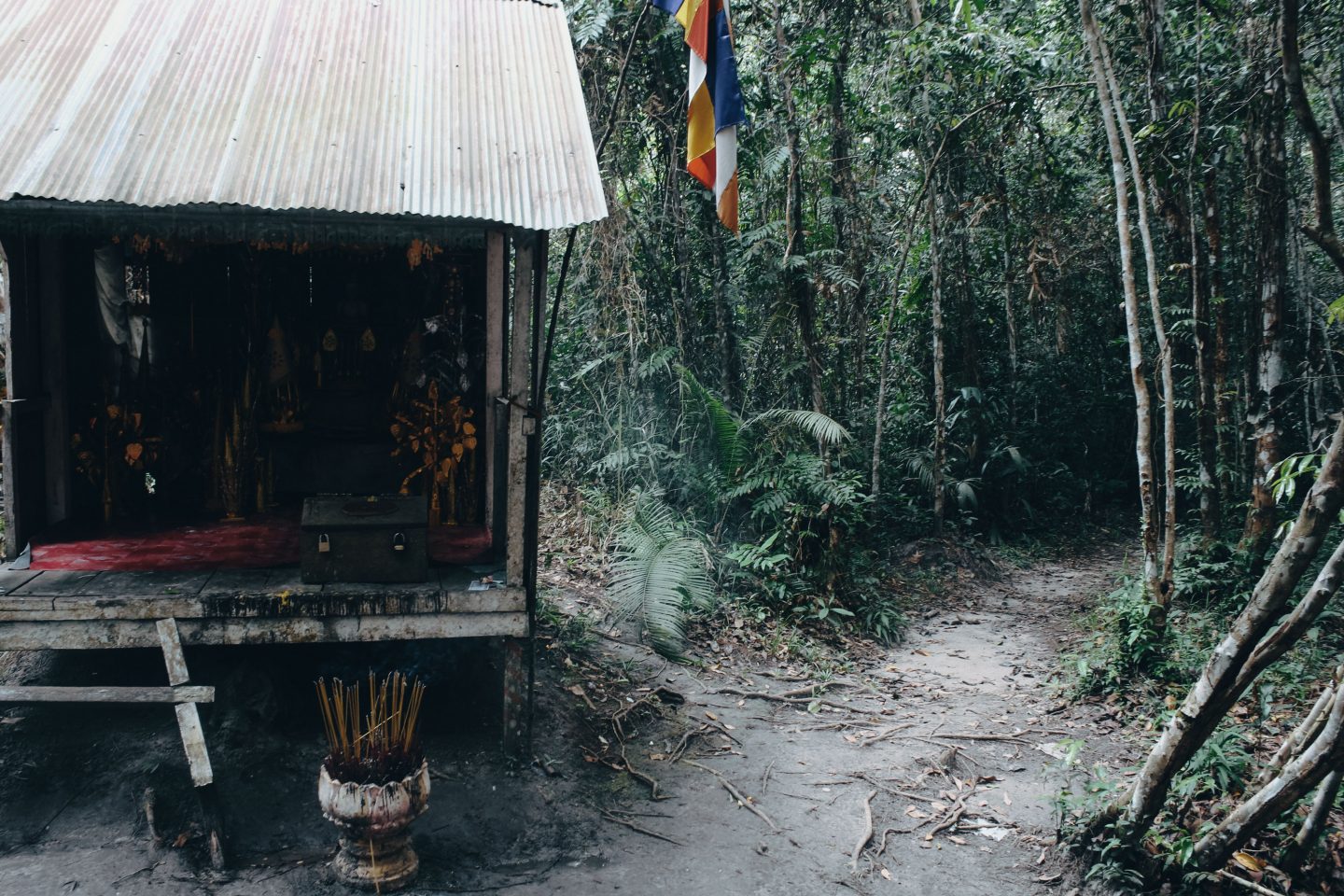 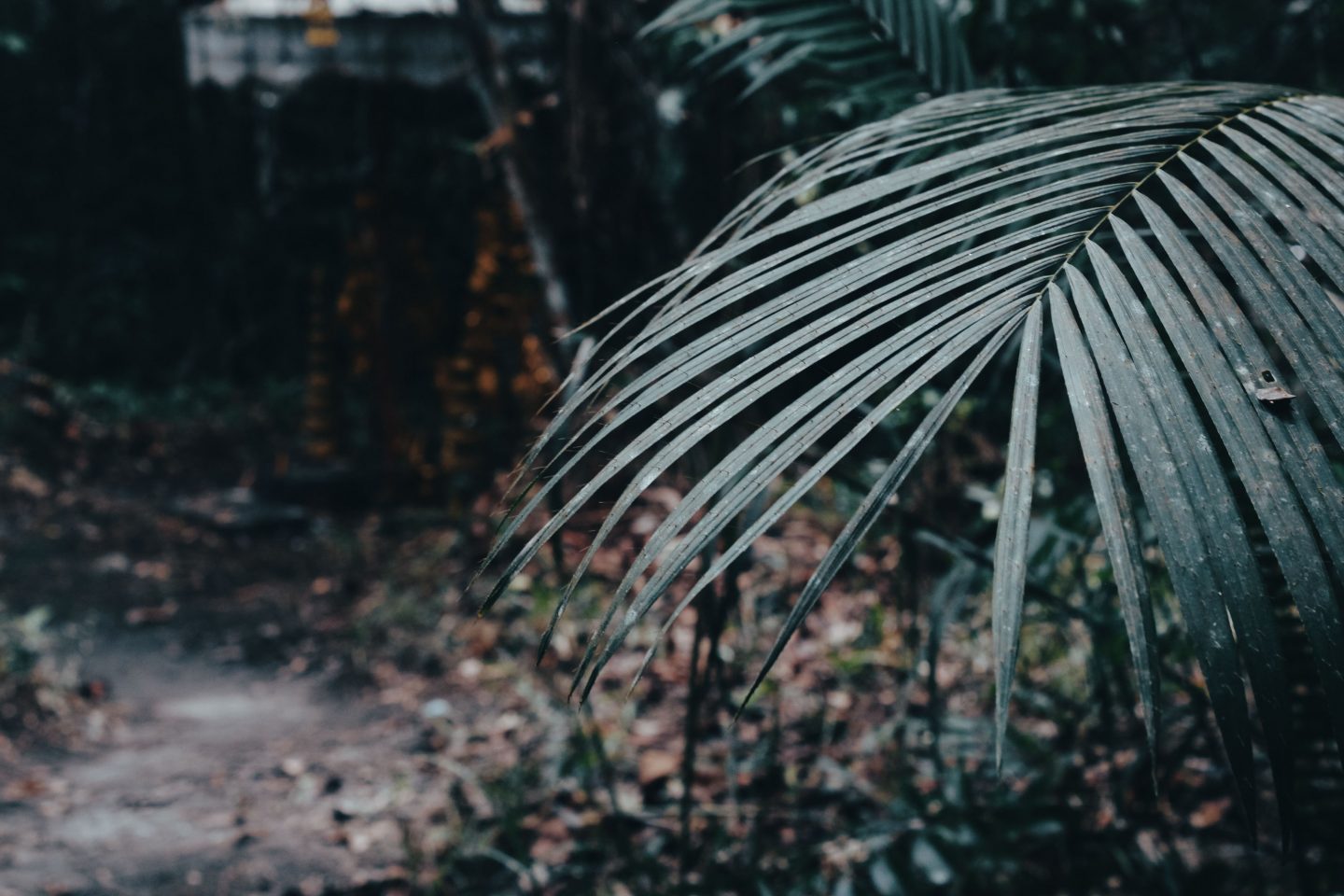 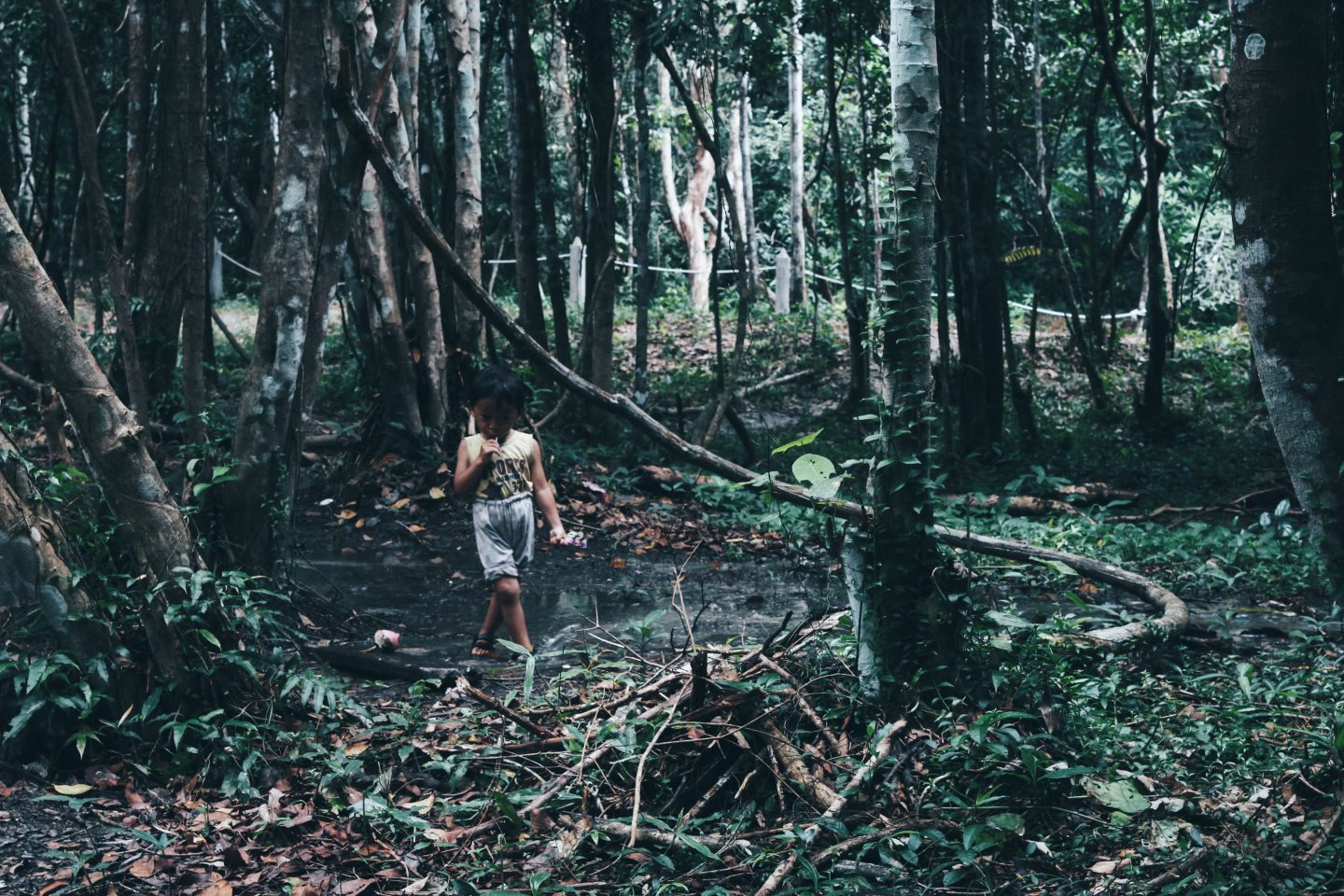 A popular site for locals and visitors, Kulen waterfall is an impressive set of falls that featured in the first Tomb Raider films with Angelina Jolie. Do you remember the part where she swan dives off a waterfall? Yep, that’s here. It’s a short trek down some questionable steps and onto a wooden boardwalk. Thanks to the previous season’s rains, the falls were very full and impressive, churning the water beneath and making a spectacular display. As this was National Buddhist Day, lots of families were visiting here, making it pretty busy. There isn’t really anywhere to relax next to the falls, and if you want to swim, it’s going to a be quick dip in and out. Still, to stand near the base of the falls and feel the force of the water as it crashes into the water below you is incredible. 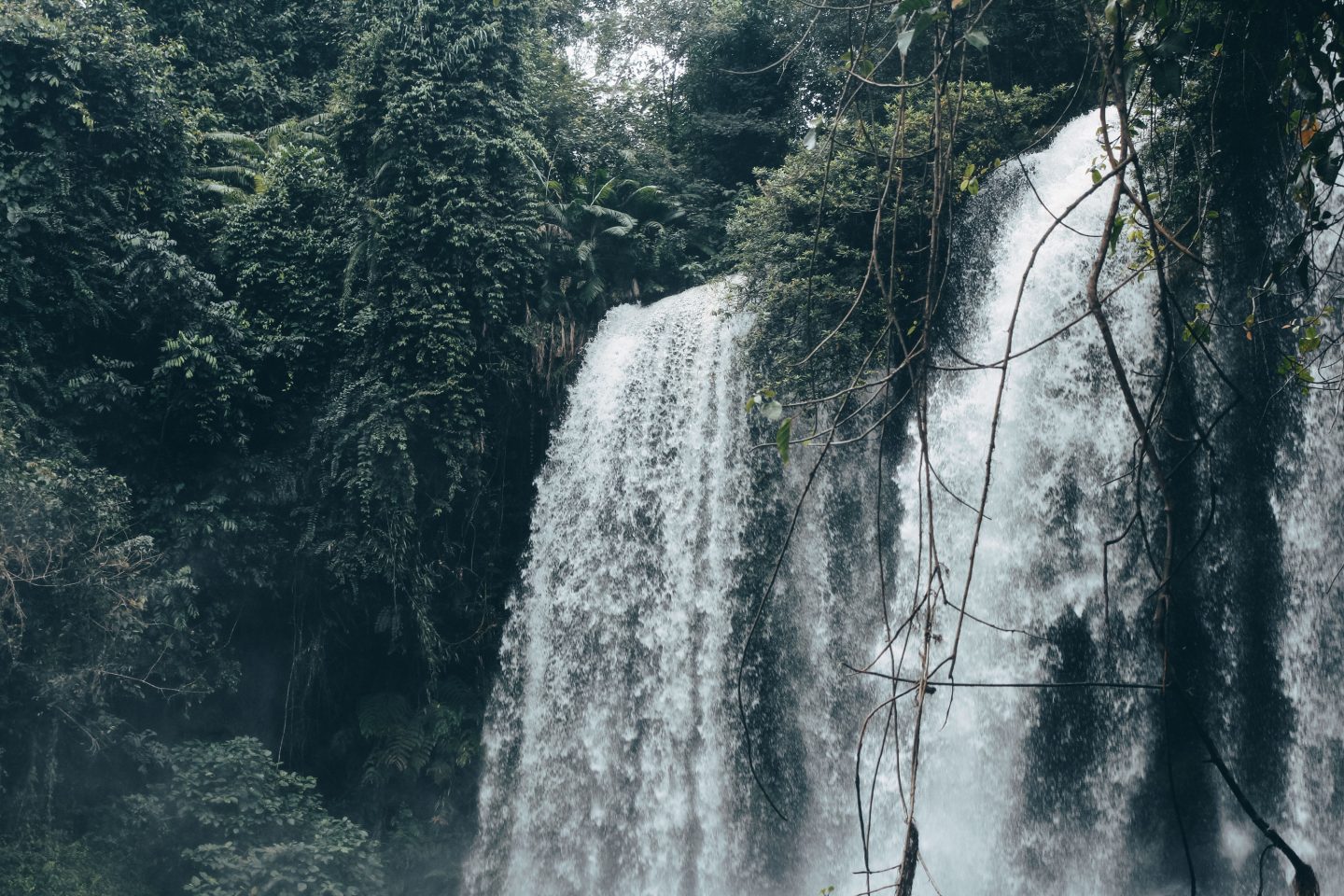 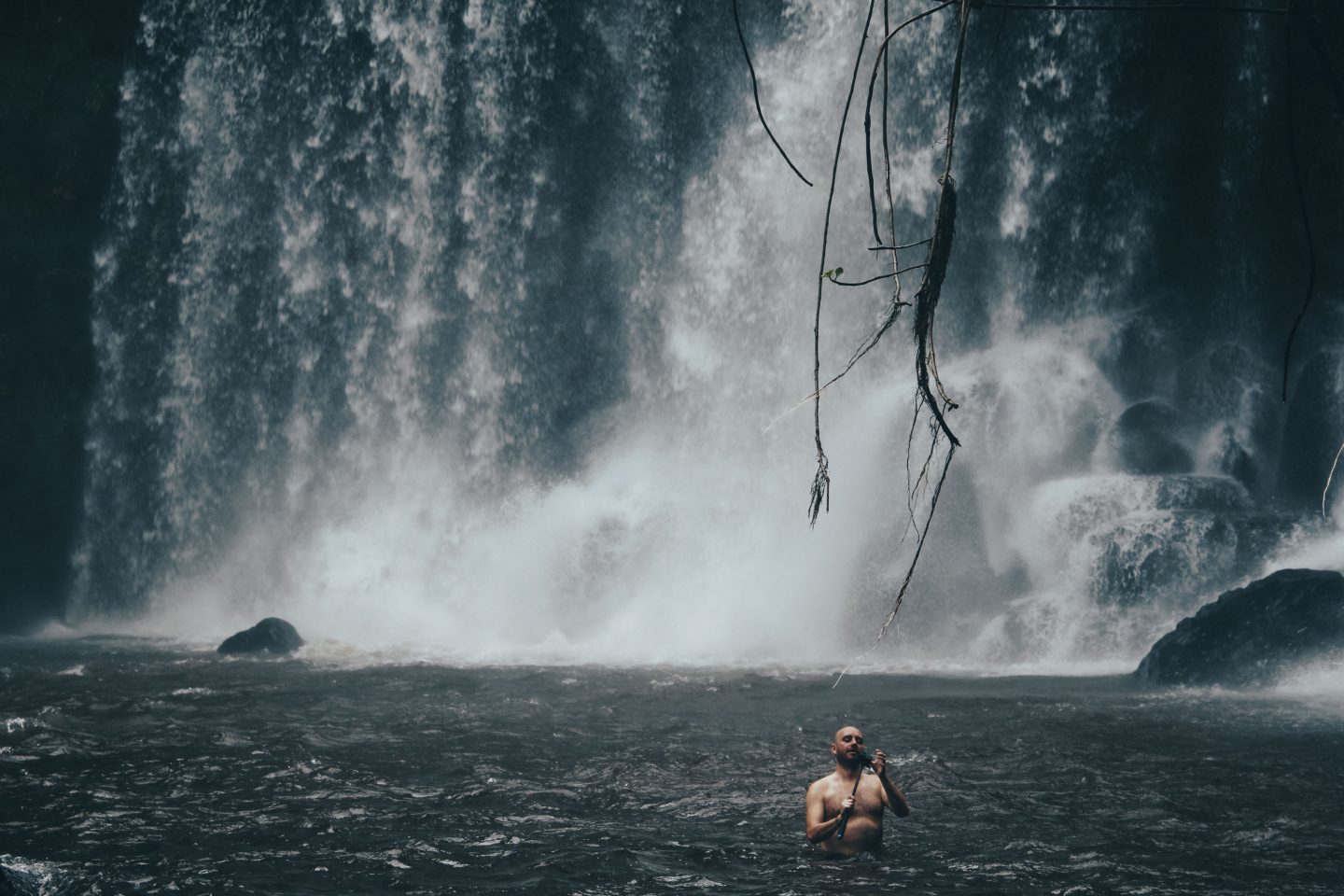 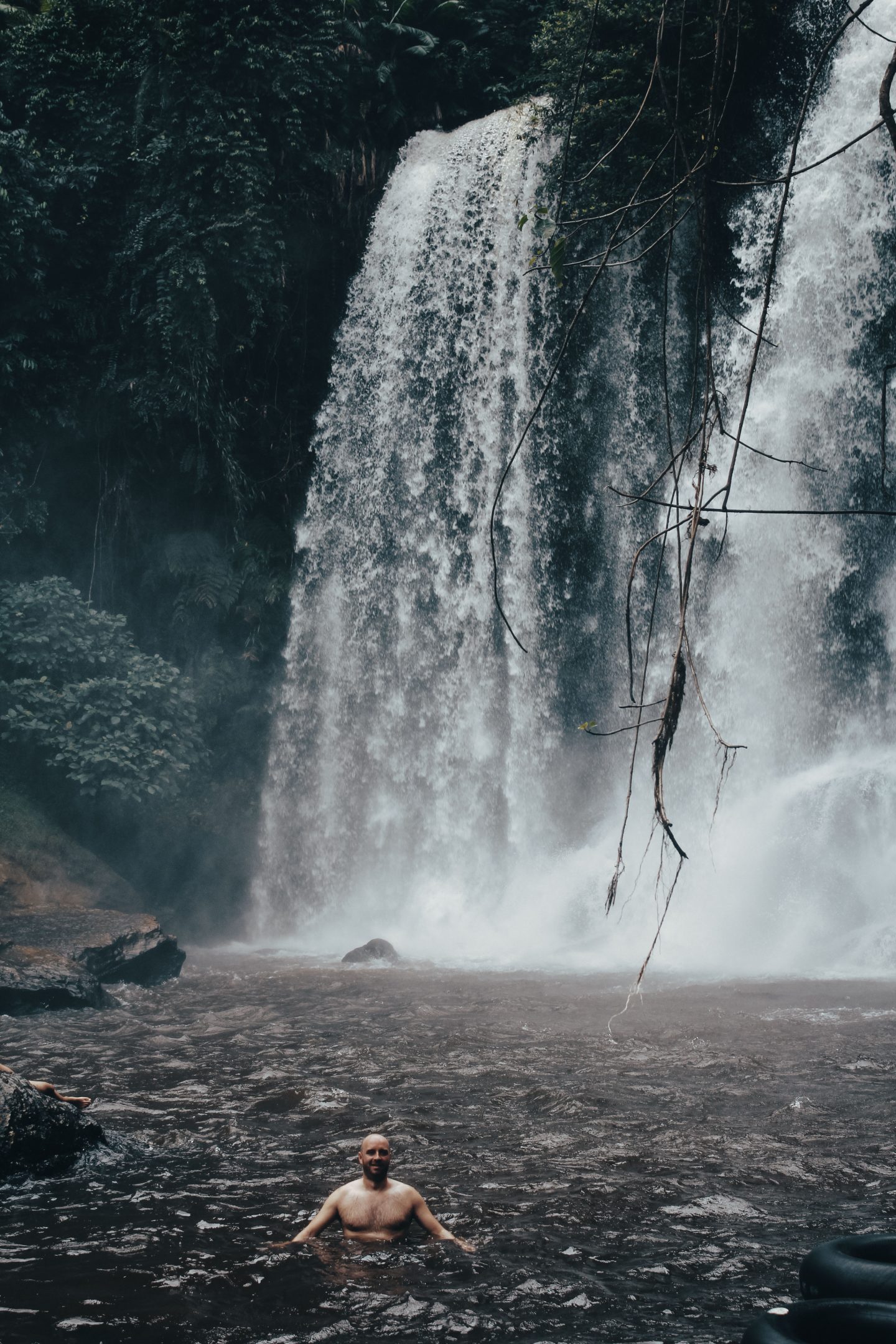 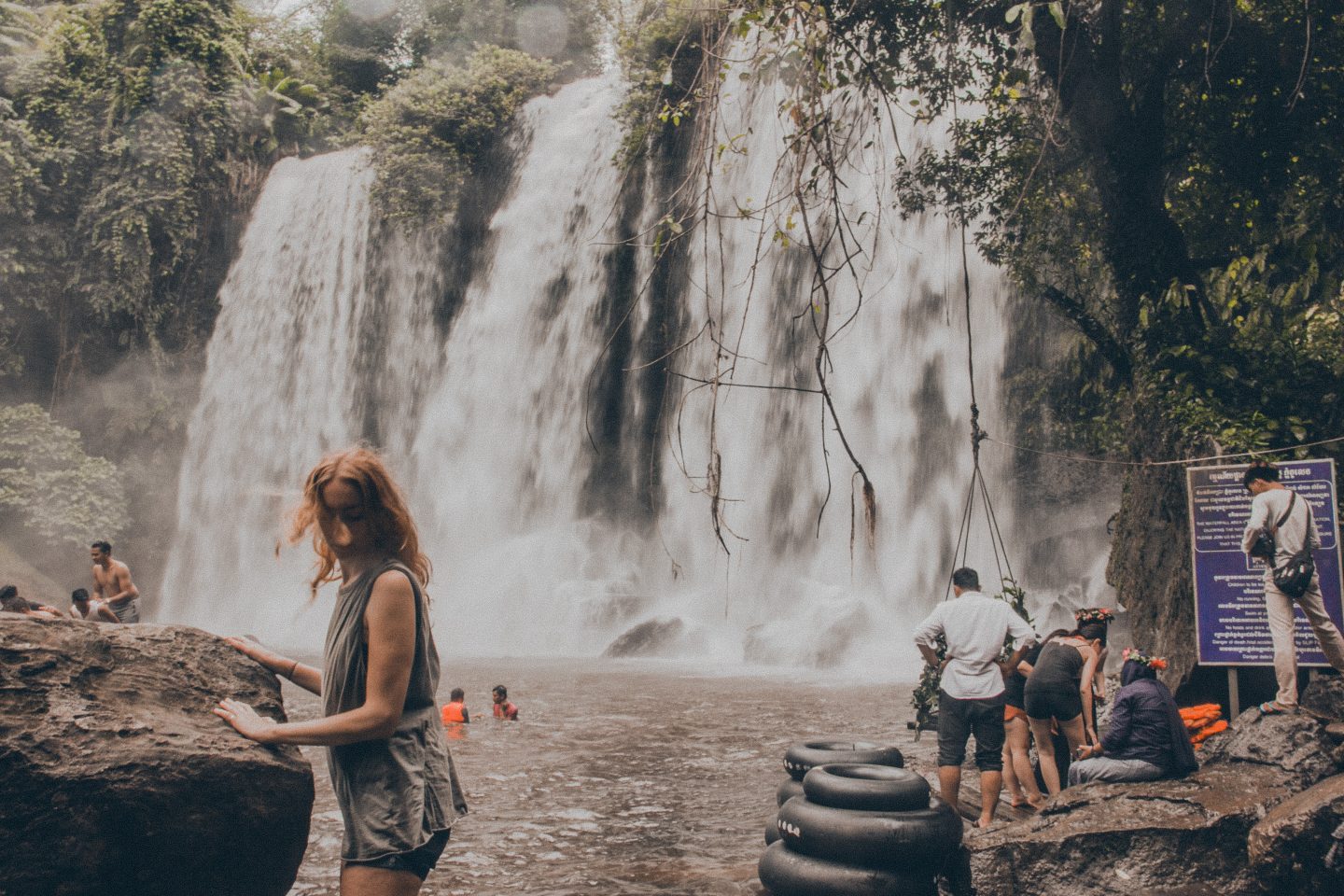 I say this is a secret because even I can’t remember how to get back there. As we were driving back from the waterfall, our driver pulled over on a dirt road in the jungle and led us into the thick trees. There was a spectacular viewpoint further down here he told us. So naturally, we followed him. And it was spectacular. As the trees thinned, we walked out onto a slab of rock sticking out from the forest like a crashed spaceship. Kulen National Park fell away beneath us in a carpet of mossy green, a hollow dent in the landscape where they quarried the stones to build Angkor Wat. We spent more time here than the rest of the other sites combined. It’s a truly beautiful spot and there were only a couple of other people with us. If you are over this way, ask your driver if he knows about the viewpoint. Hopefully he does! 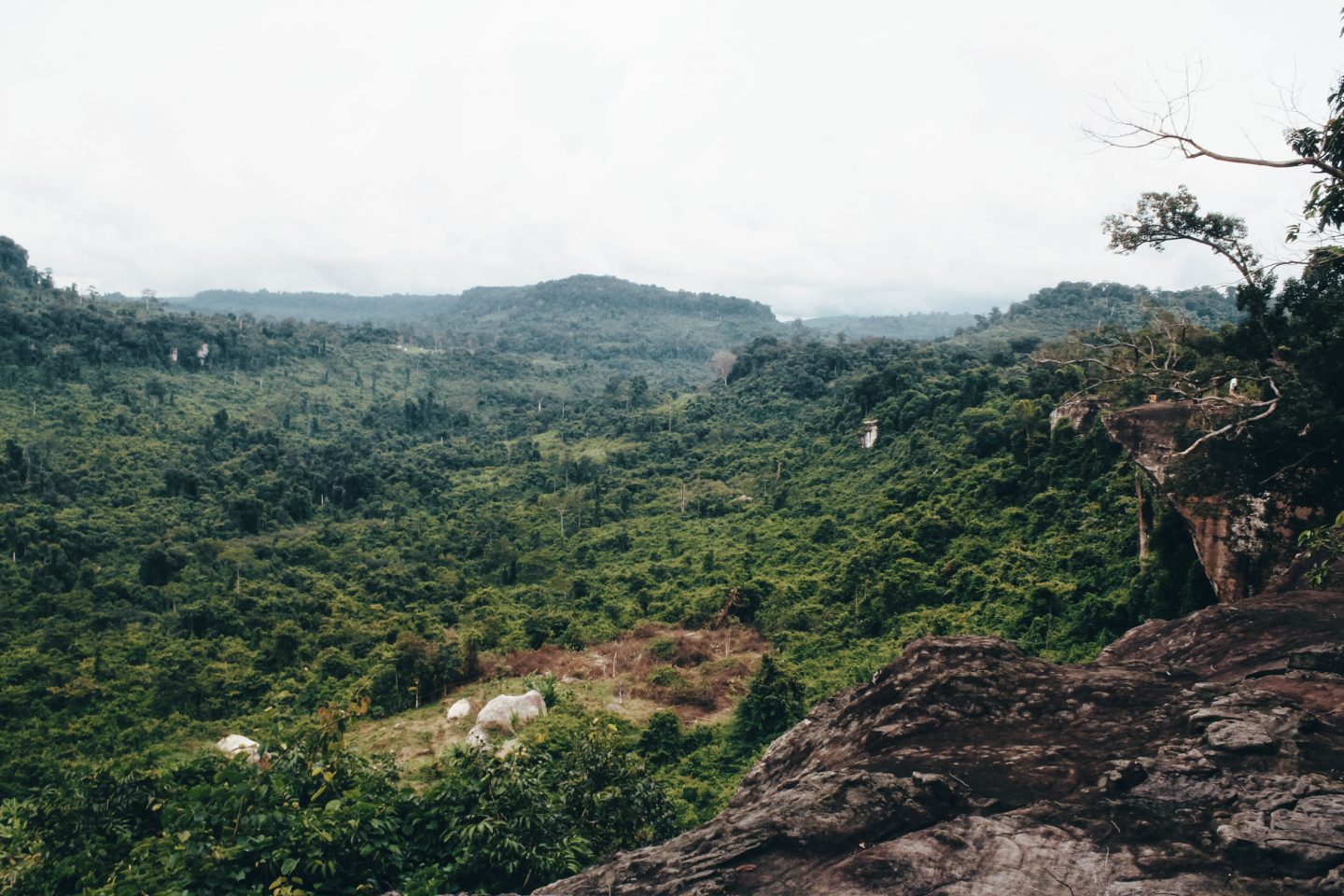 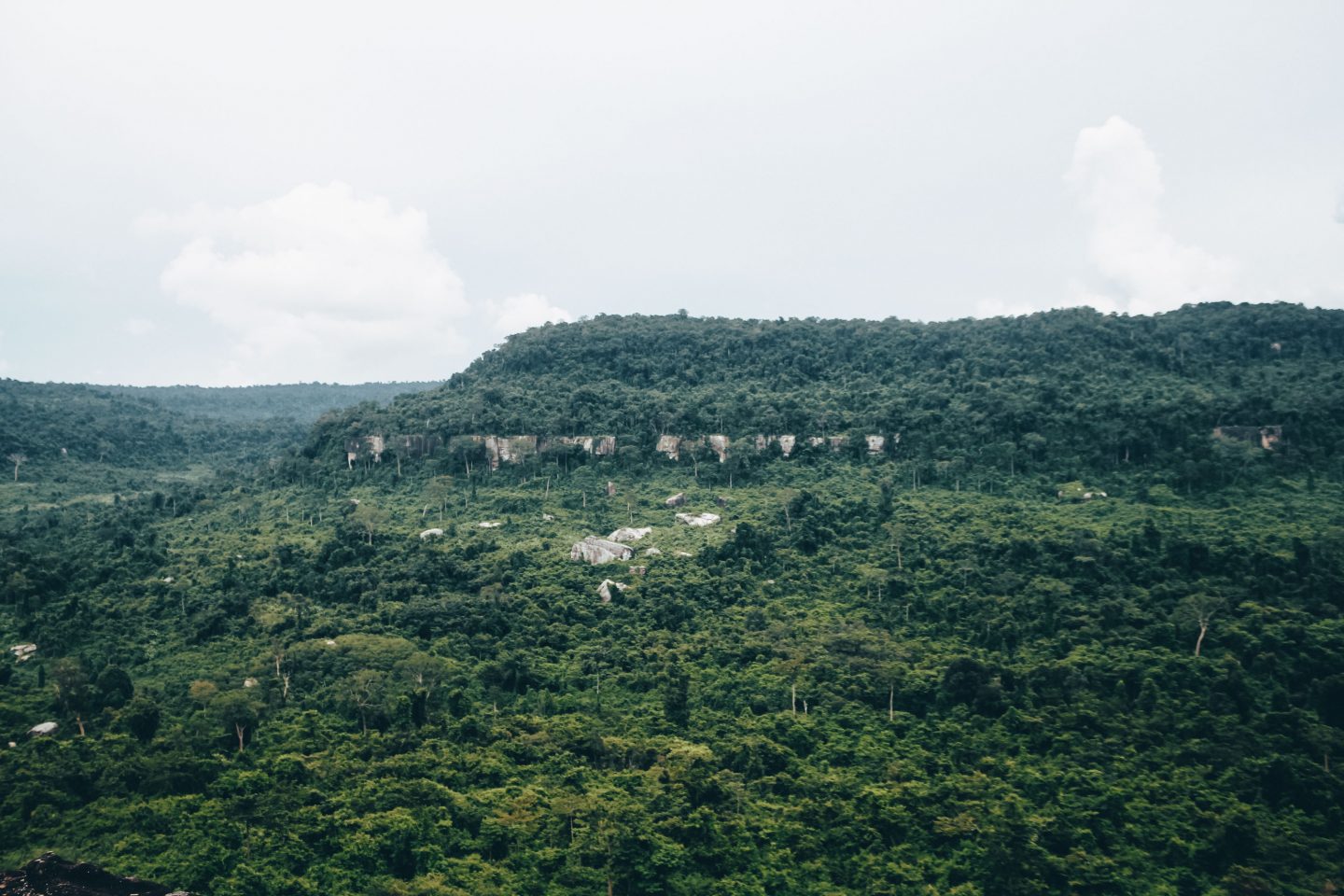 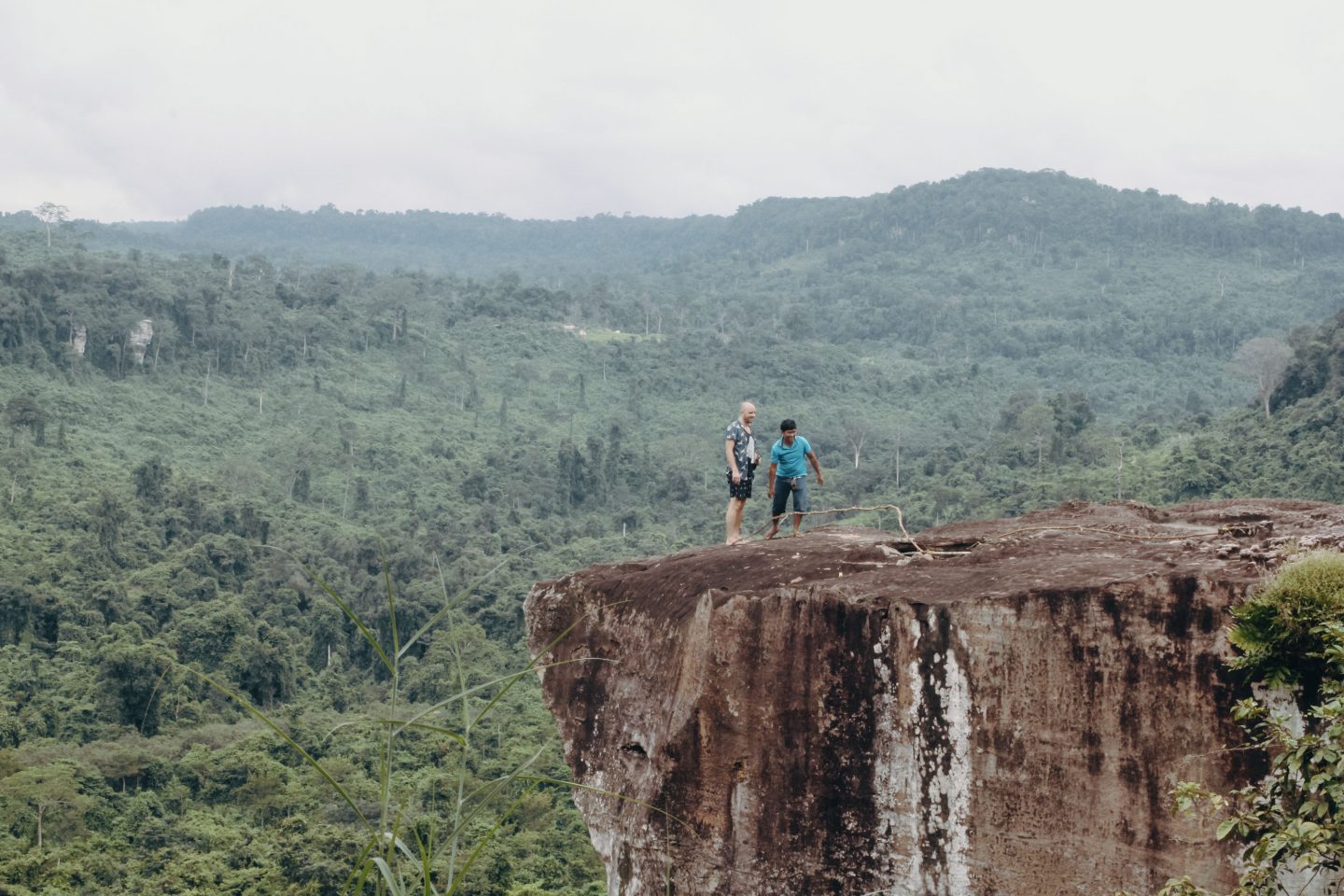 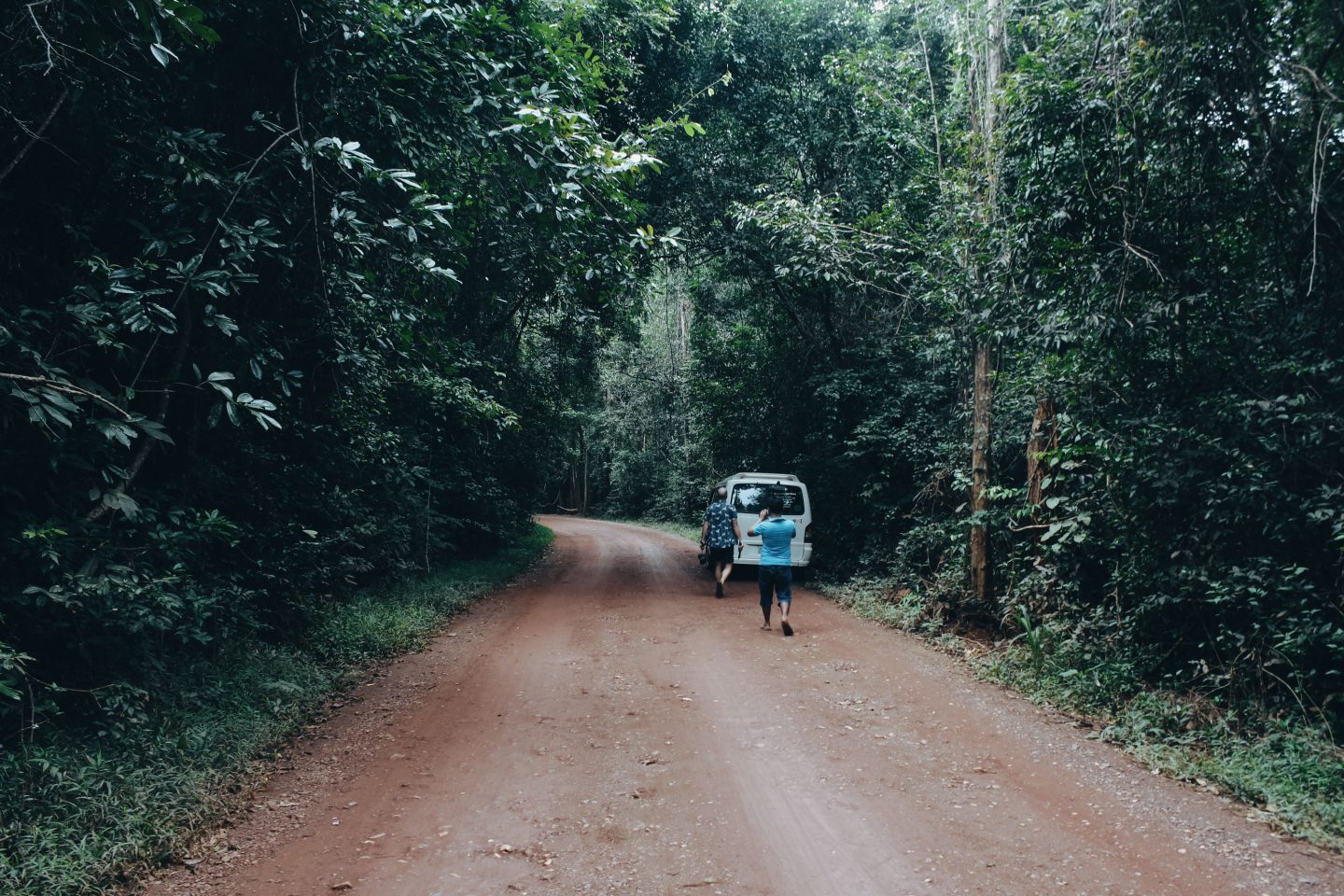