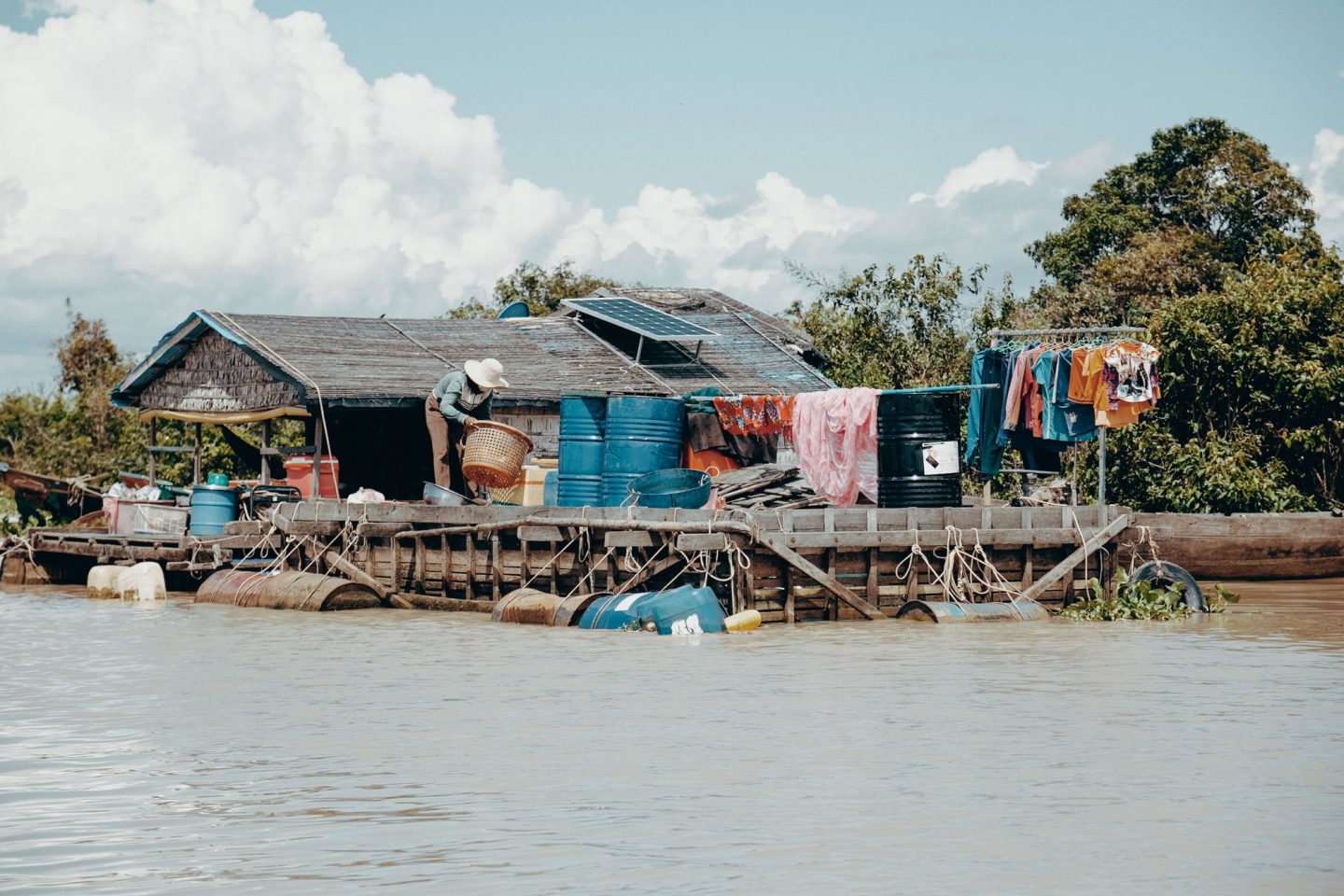 We watched as a boat stopped at a floating temple, where monks disembarked in a stream of orange. Kids cruised past in motor boats and life looked as normal as it could when everything is floating on a lake. Tonle Sap (pronounced ton-lay sap) is the largest freshwater lake in South East Asia. It’s the lifeblood of both the Khmer people and Cambodian wildlife, providing the world’s second most varied ecosystem after the Amazon. Stretching out for almost 3,000 square km, the lake is where thousands of Cambodians live. We took a day trip out from Siem Reap to visit one of the famous floating villages, visiting a market en route and enjoying lunch with locals.

The lake stretches far away into the distant horizon. We’re here in the rainy season, so the lake is full and the rivers are bloated with water. During this time, locals get around purely by boat, travelling by water to the shop, to school and to the neighbour’s house. Thanks to the heavy rainfall, the lake is a chocolate brown, dotted with leaves and branches from the nearby mangrove forests. The sound of diesel engines drowns out any kind of peace you might be thinking exists here. Despite being on a lake, life here is very much like it is everywhere else – loud and messy and colourful and vibrant. The houses are built from corrugated iron and wood, raised up on stilts. Plants grow wild on doorways and kids jump off their front porch into the water. Life here is simple but enriching.

Technically, the villages here aren’t floating. During the dry season, the lake retreats and the houses are no longer sitting above water. The riverbed turns into a network of roads once again, and locals get by on scooters rather than boat. However, there is one village that is truly floating. Further out into the lake is a Vietnamese community. Their houses are not built on stilts but on huge barrels. They stay near the water’s edge, where the waves are non-existent and the winds are gentle. As the dry season approaches and the lake shrinks, they move their houses, one by one, following the water back until the entire village is set up anew. Same same but different! Seeing how people live in this environment is fascinating. 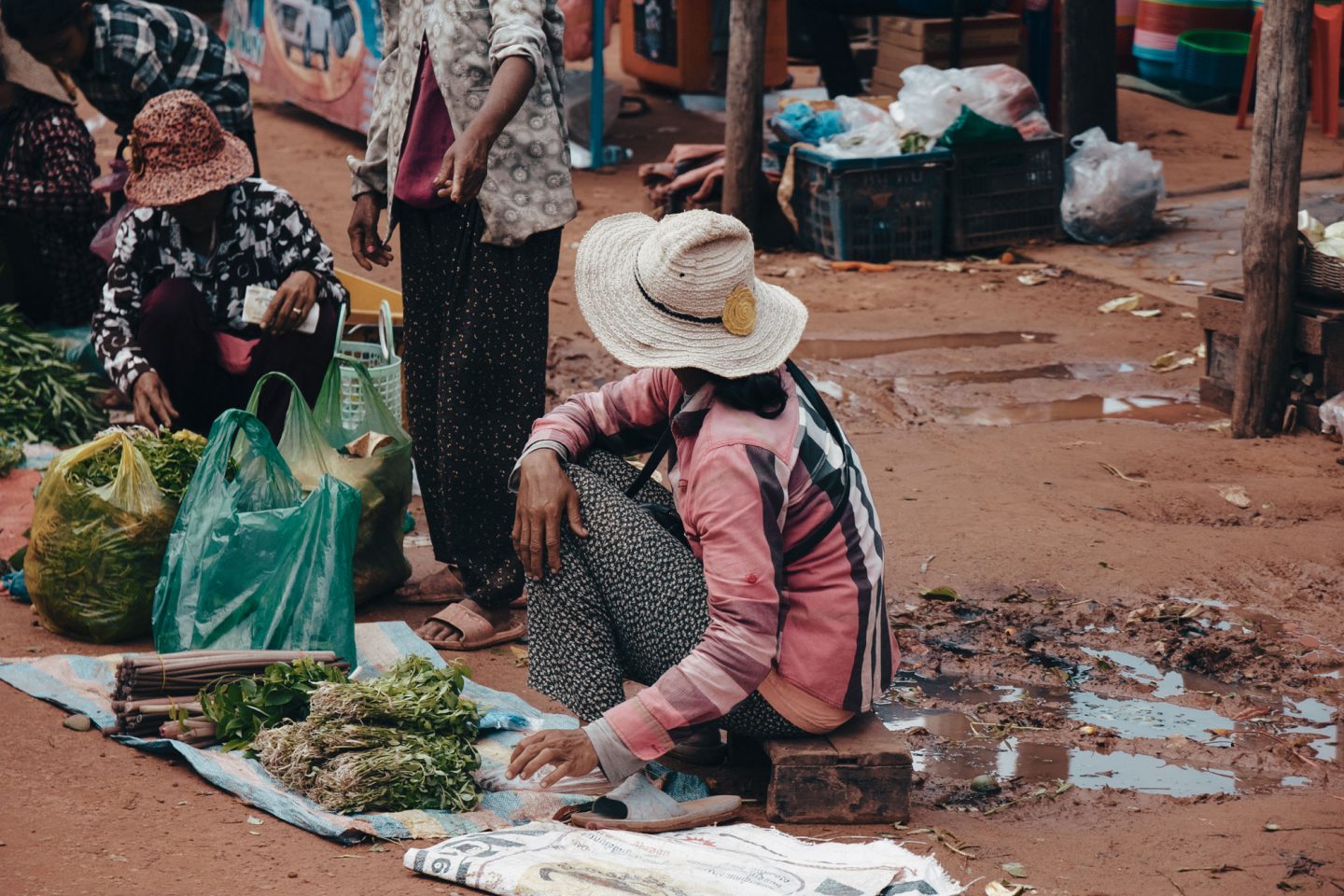 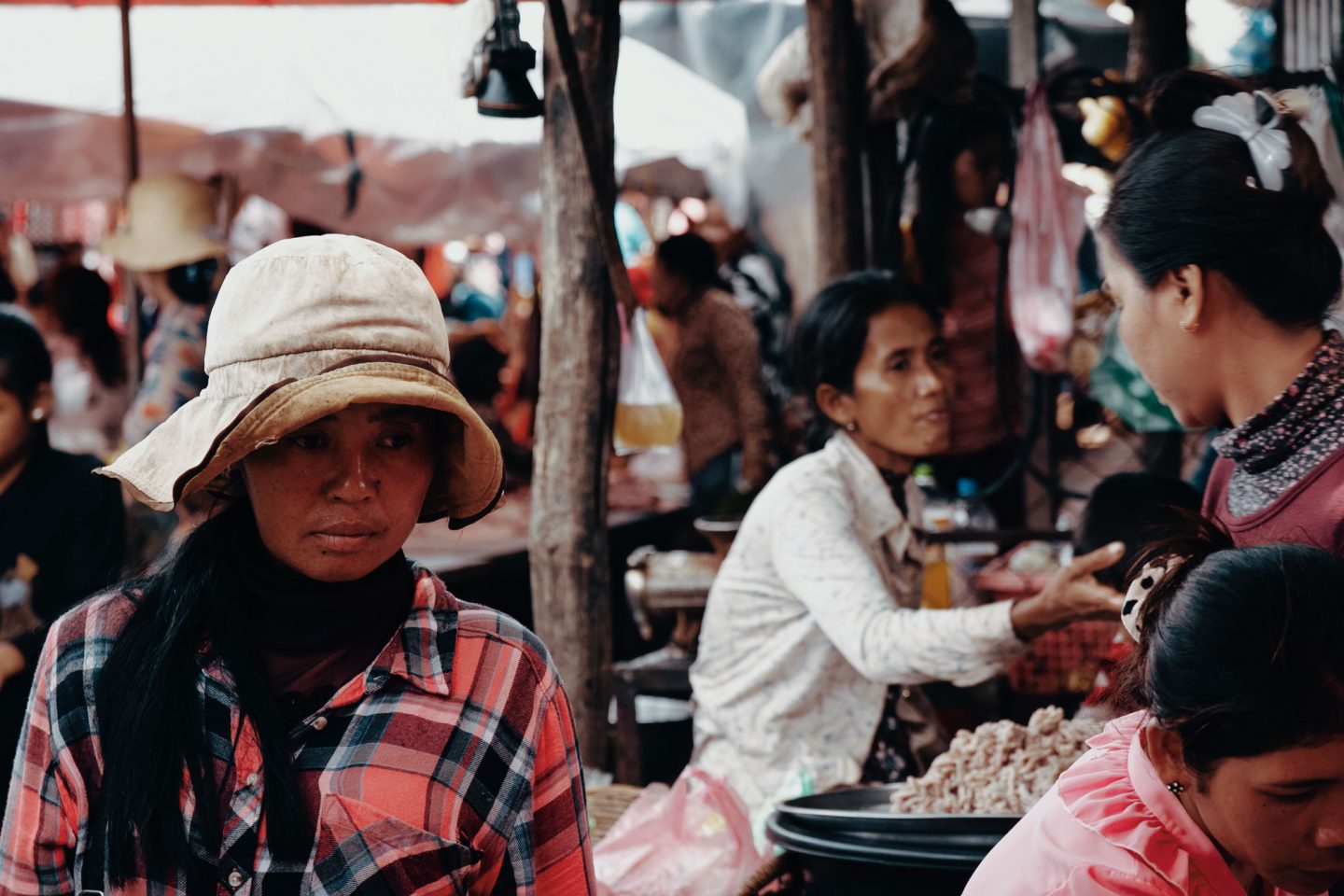 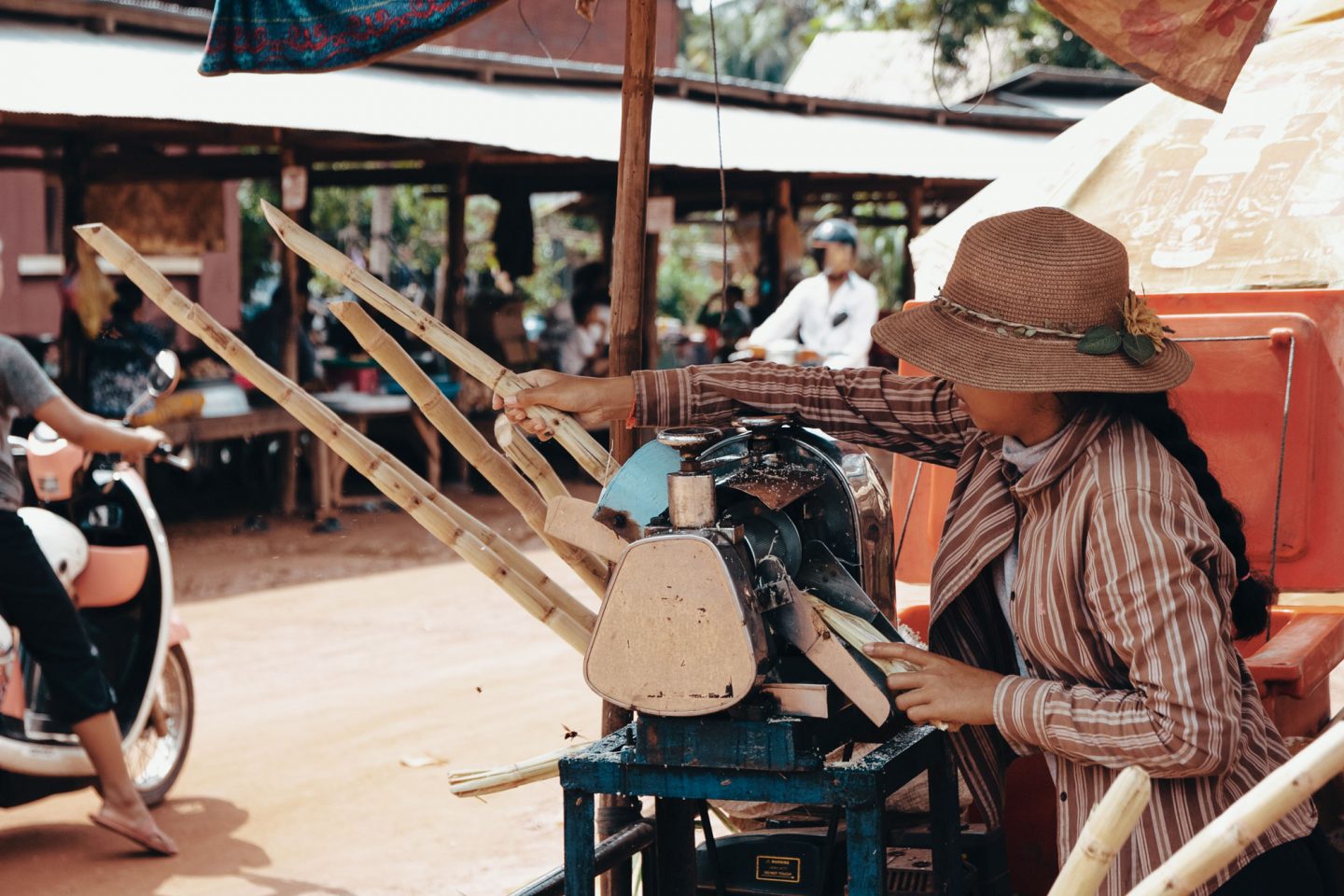 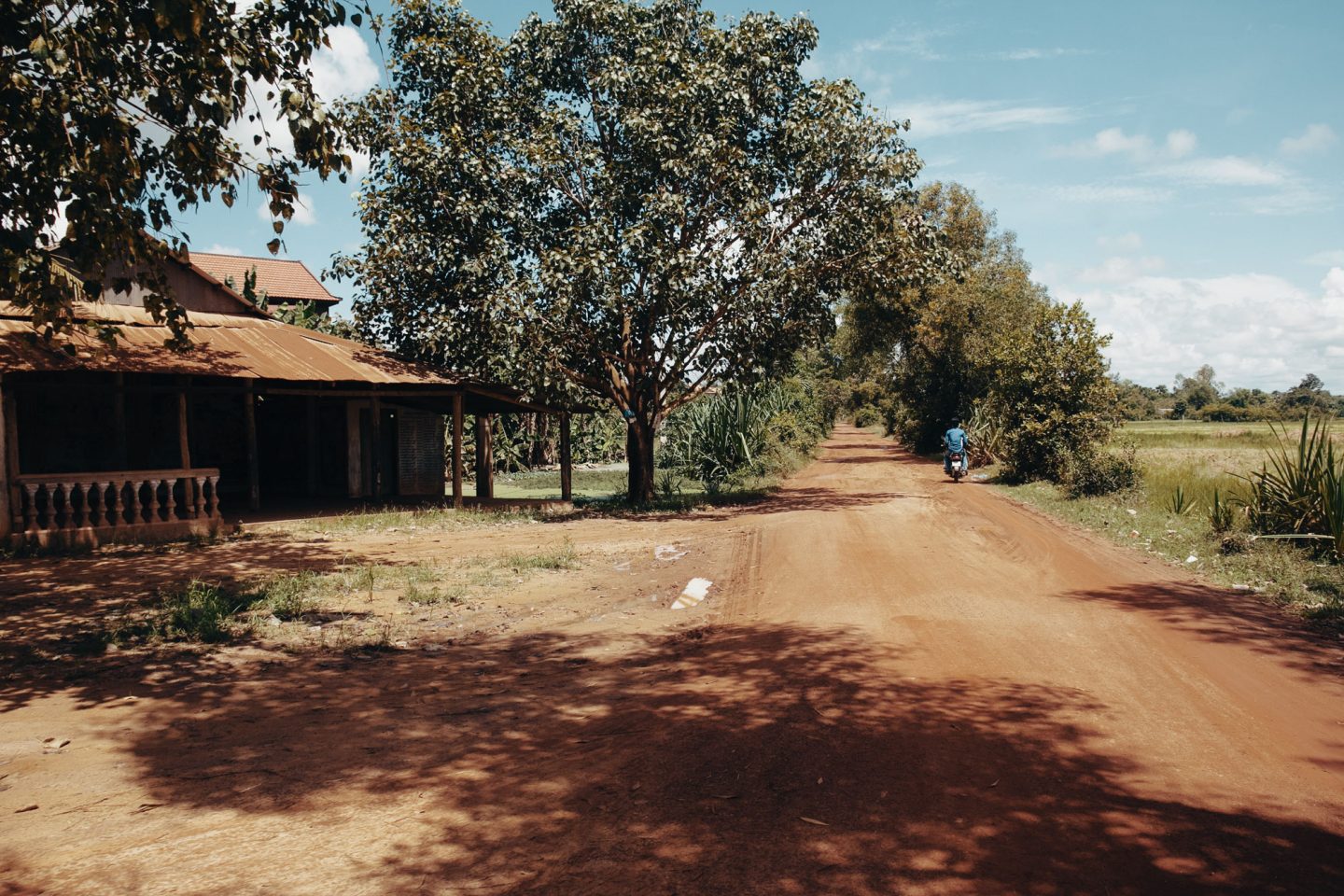 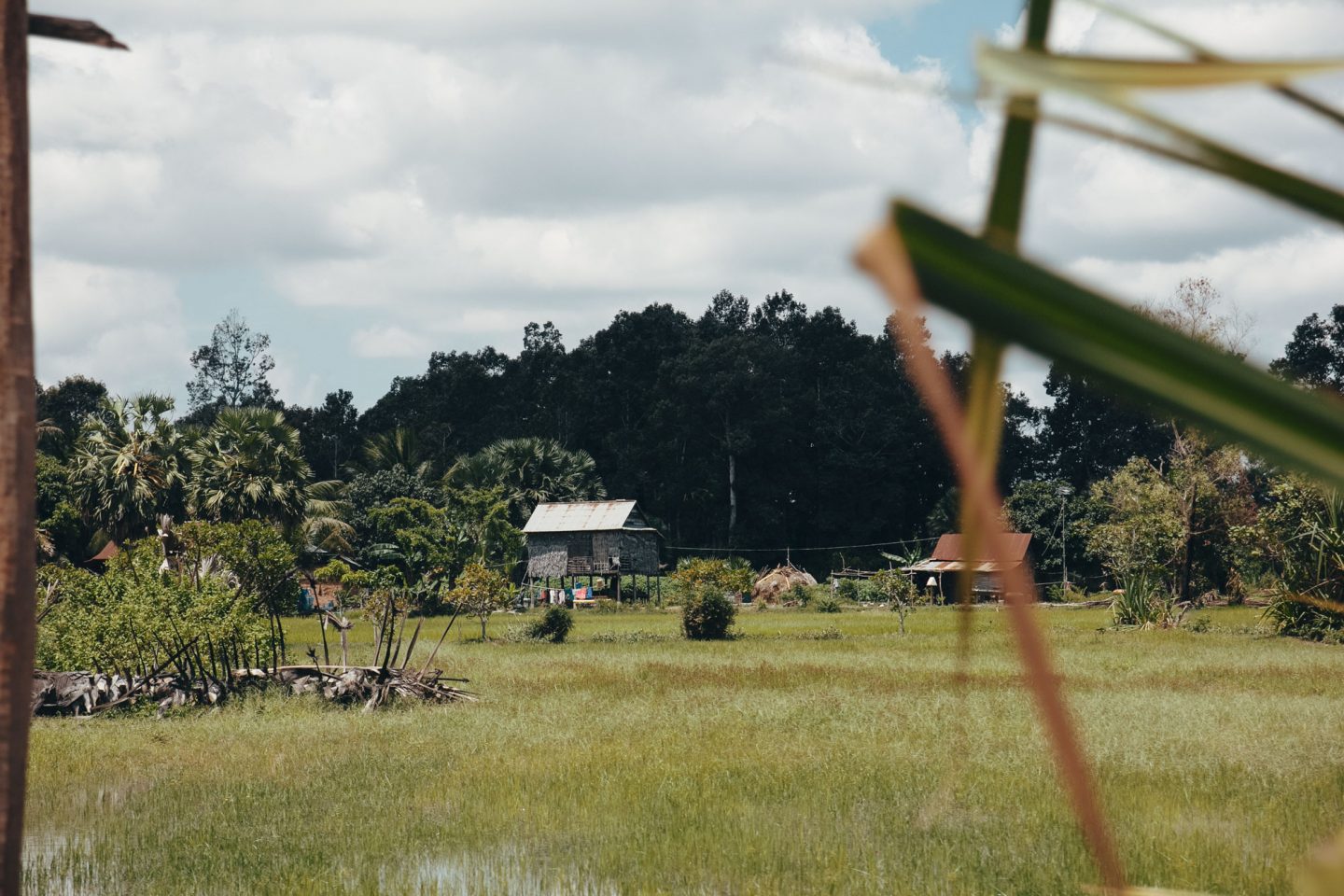 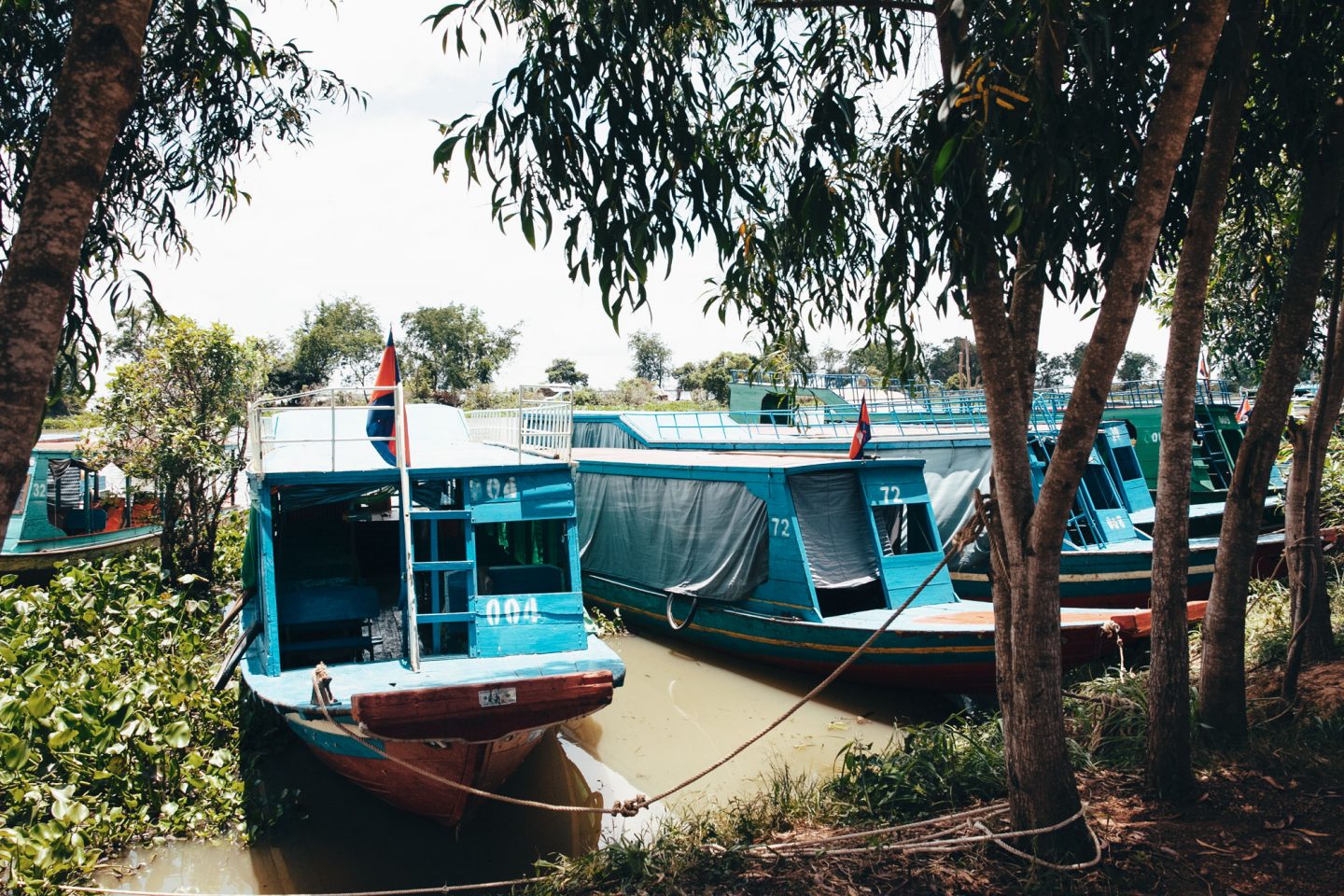 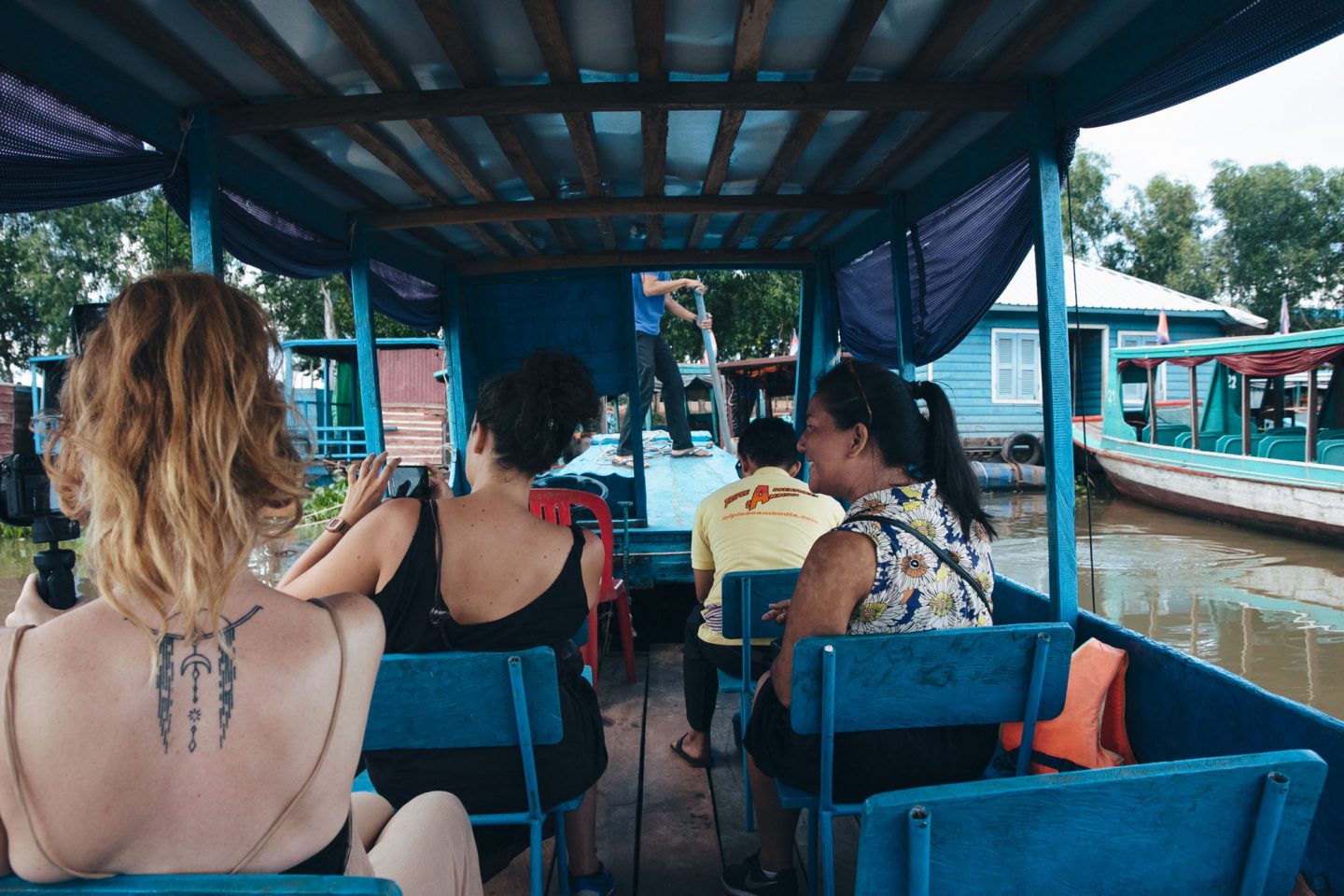 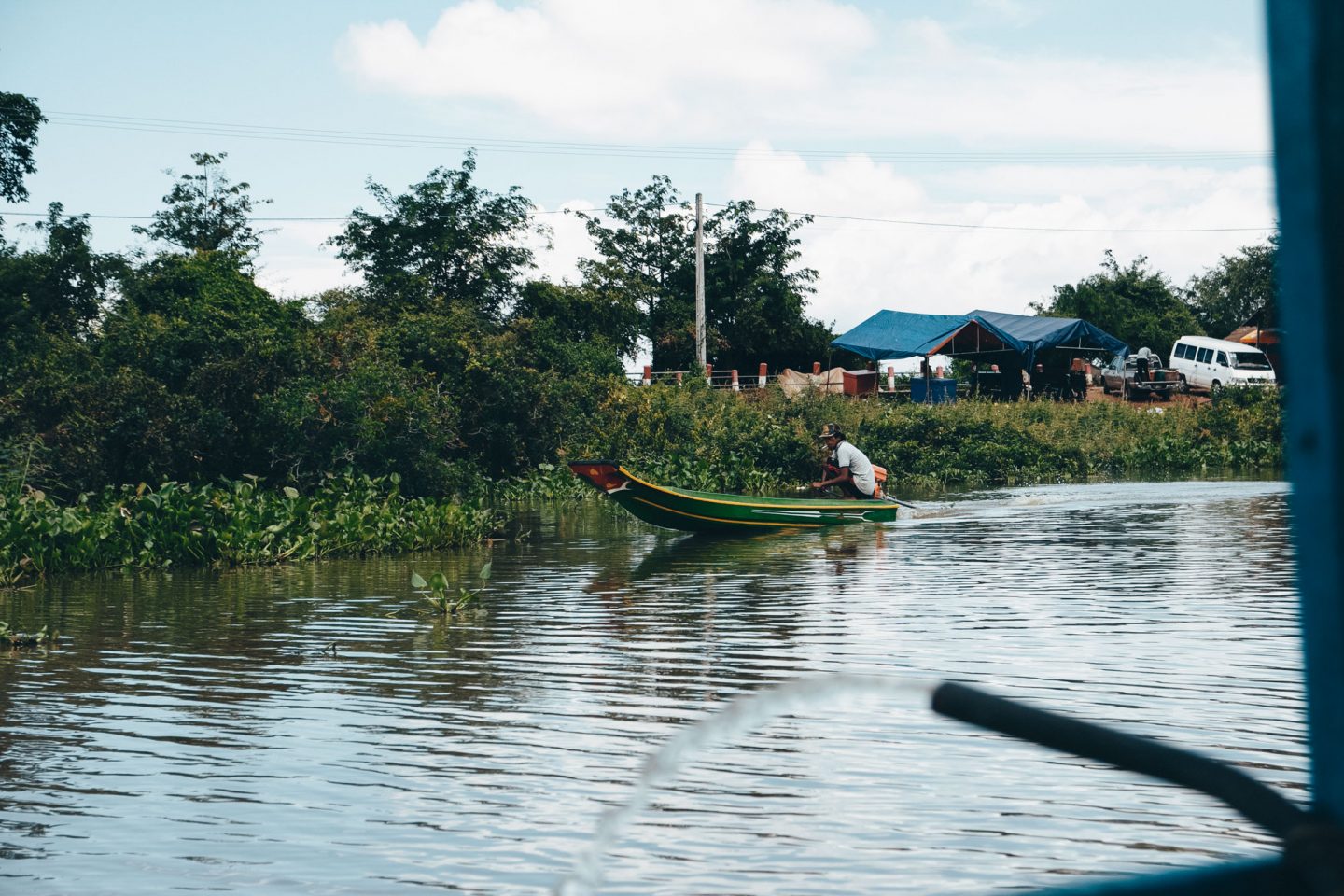 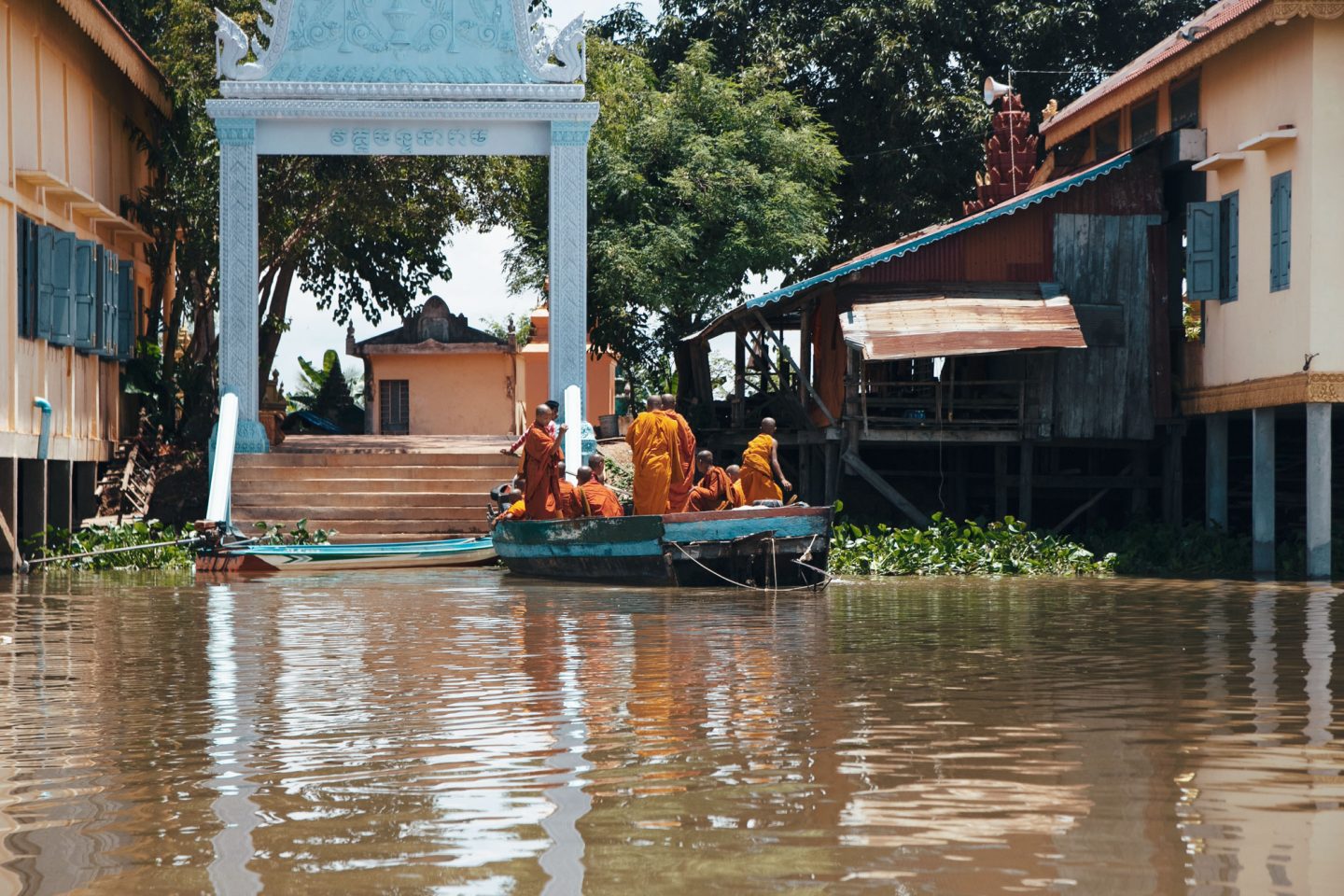 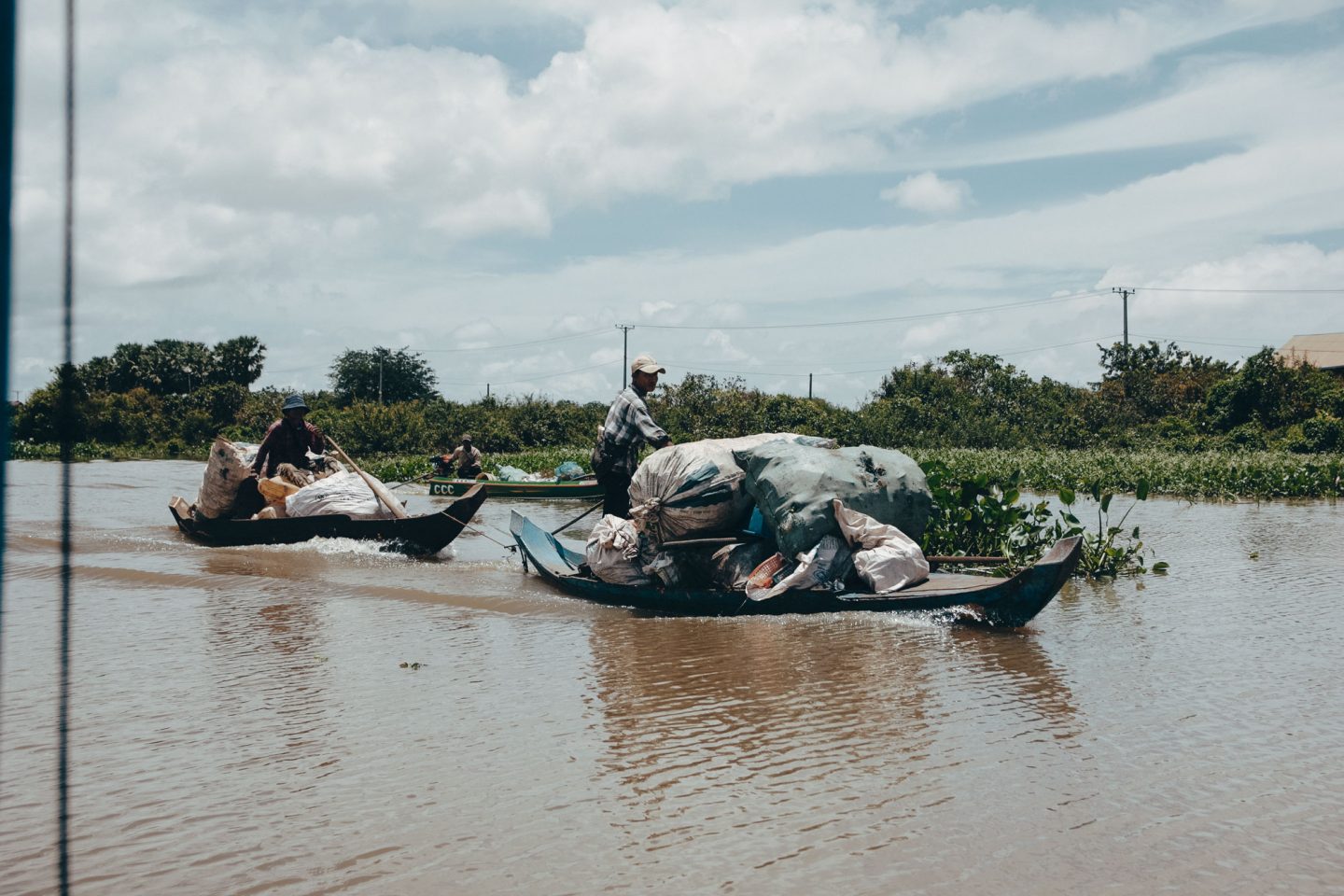 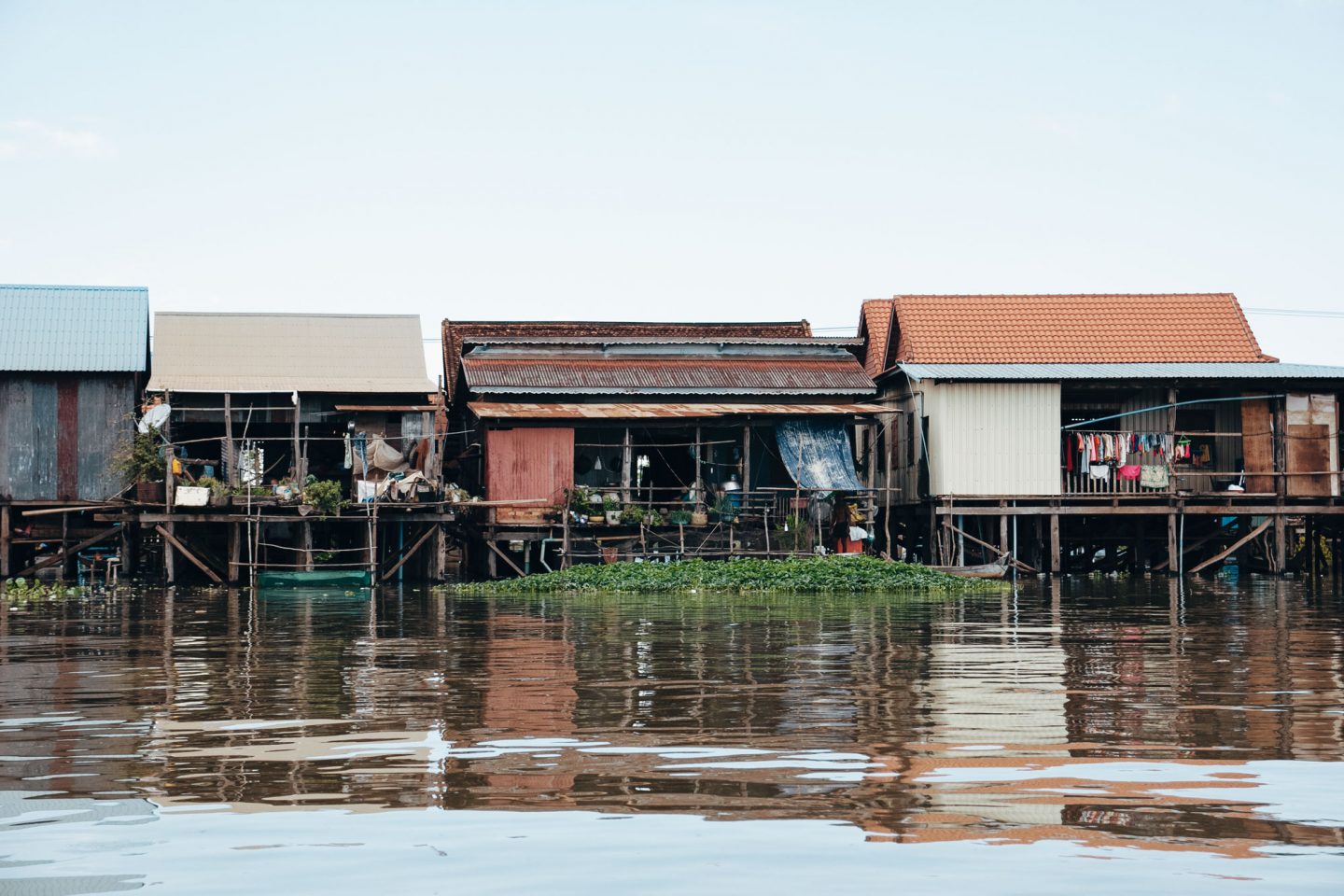 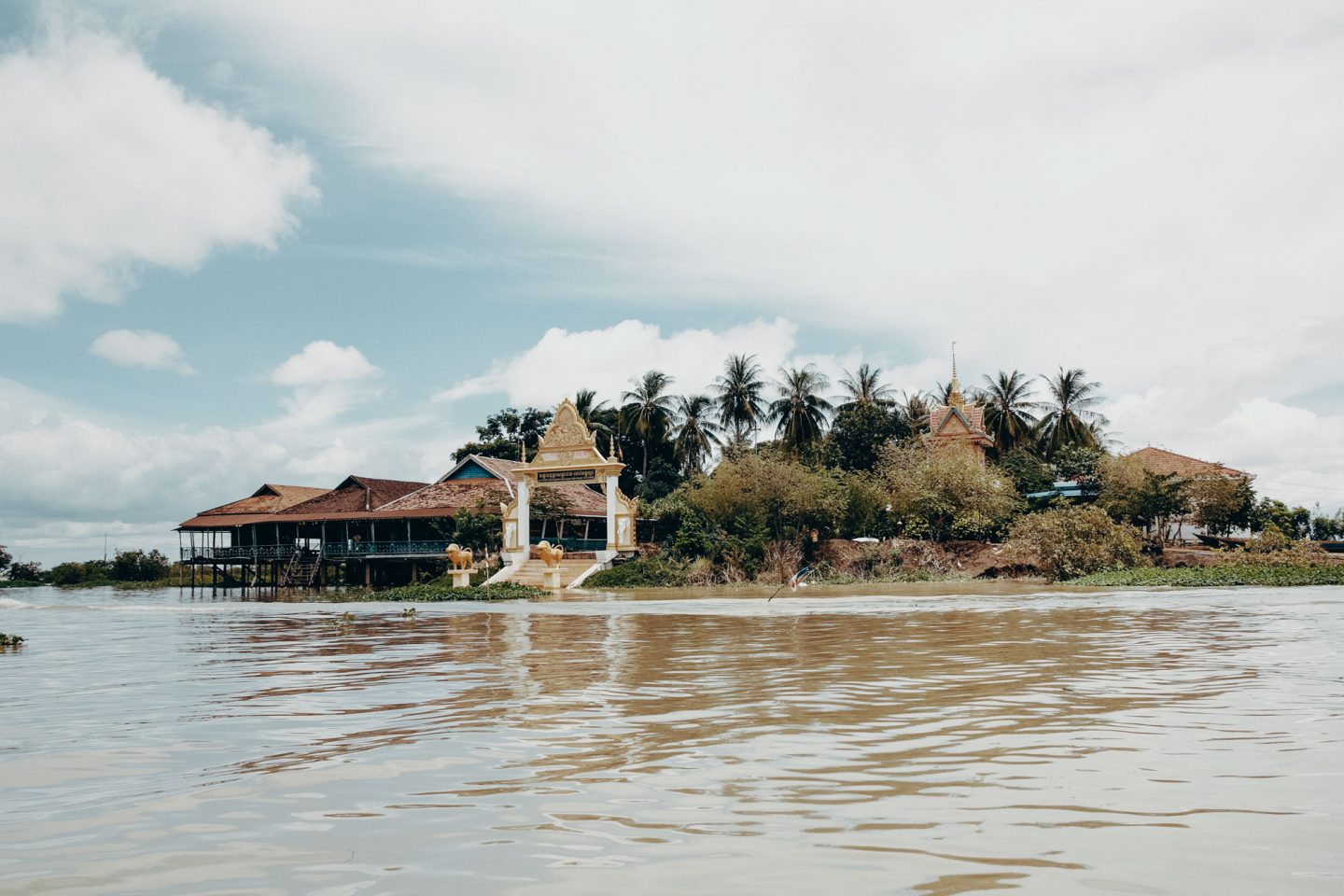 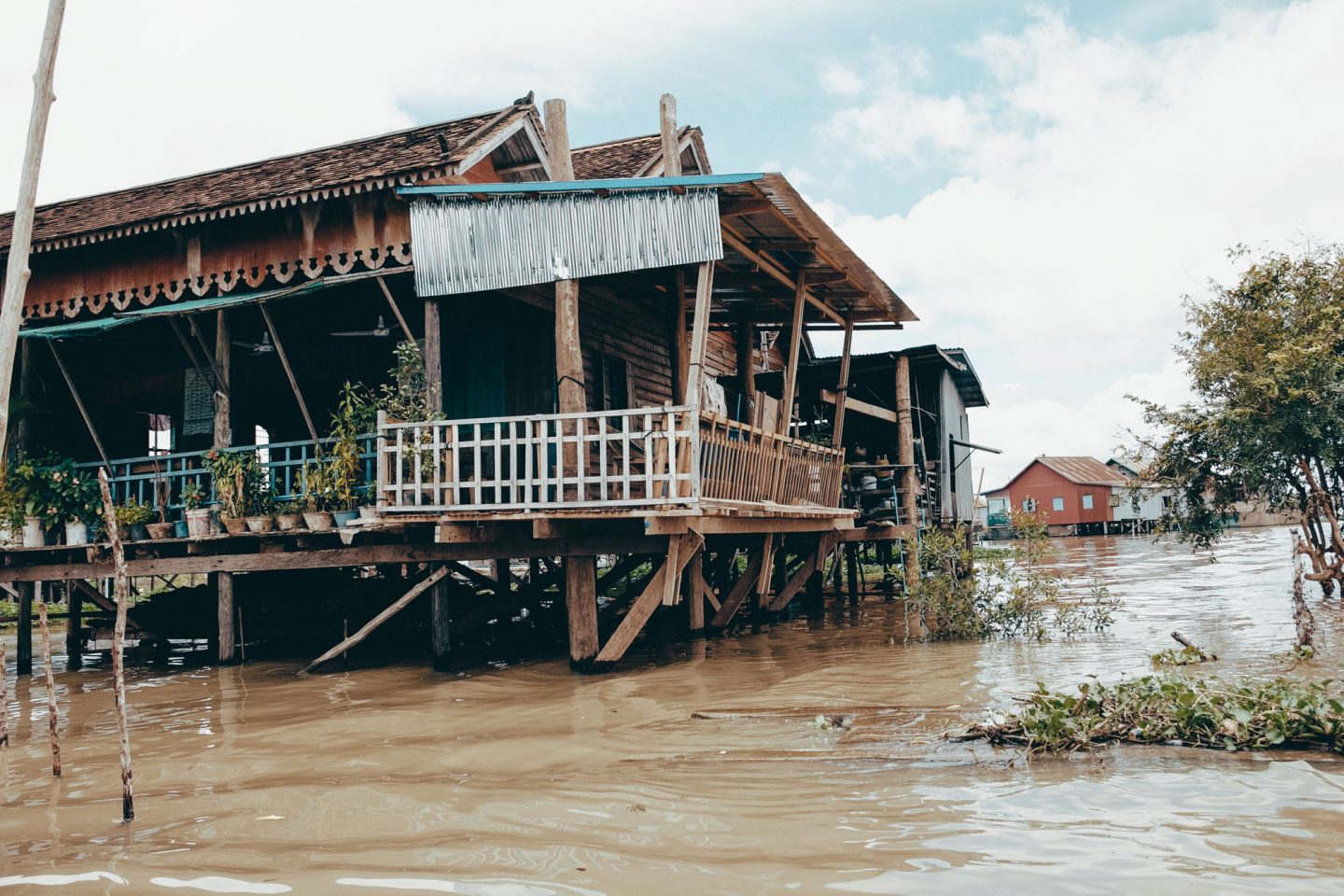 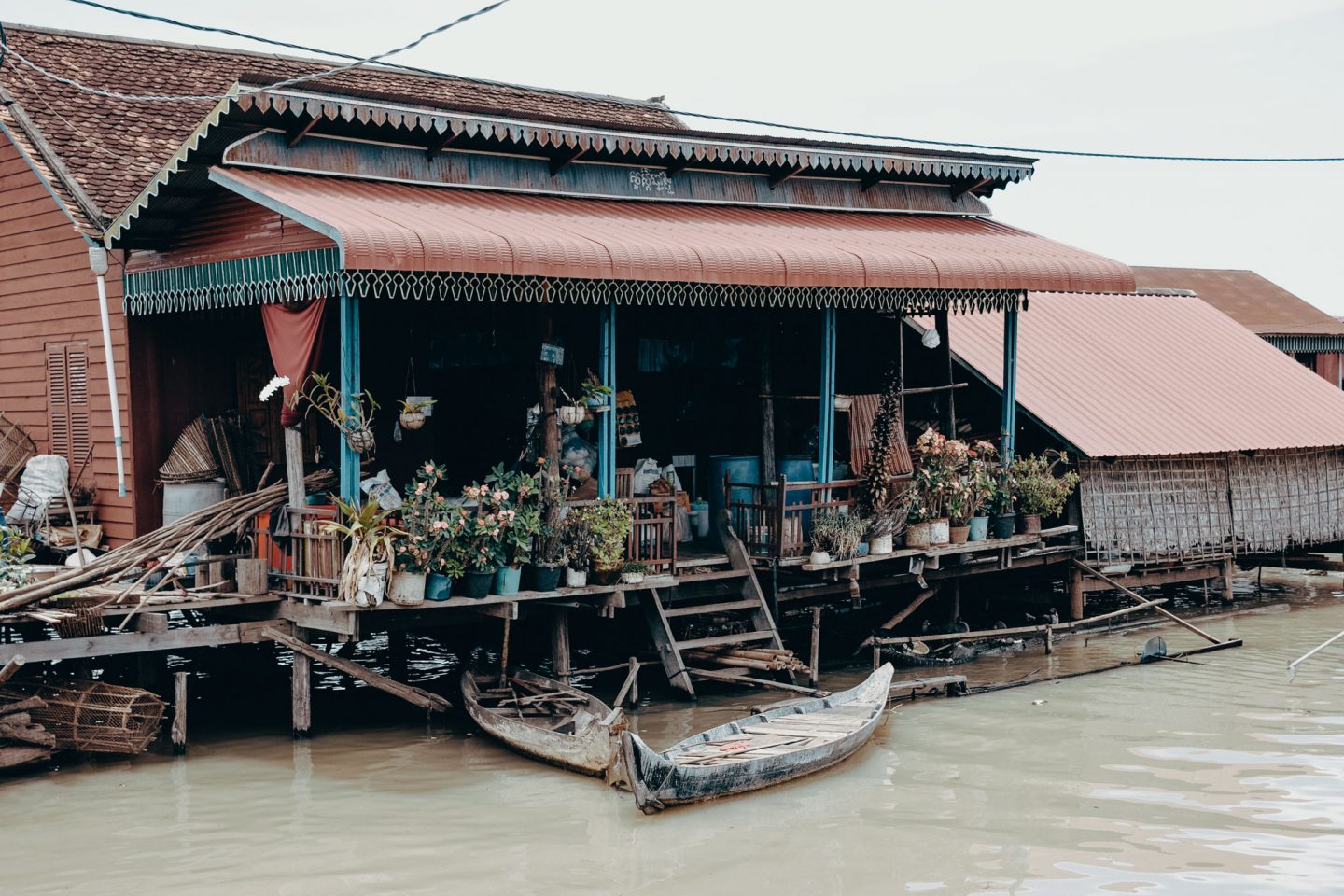 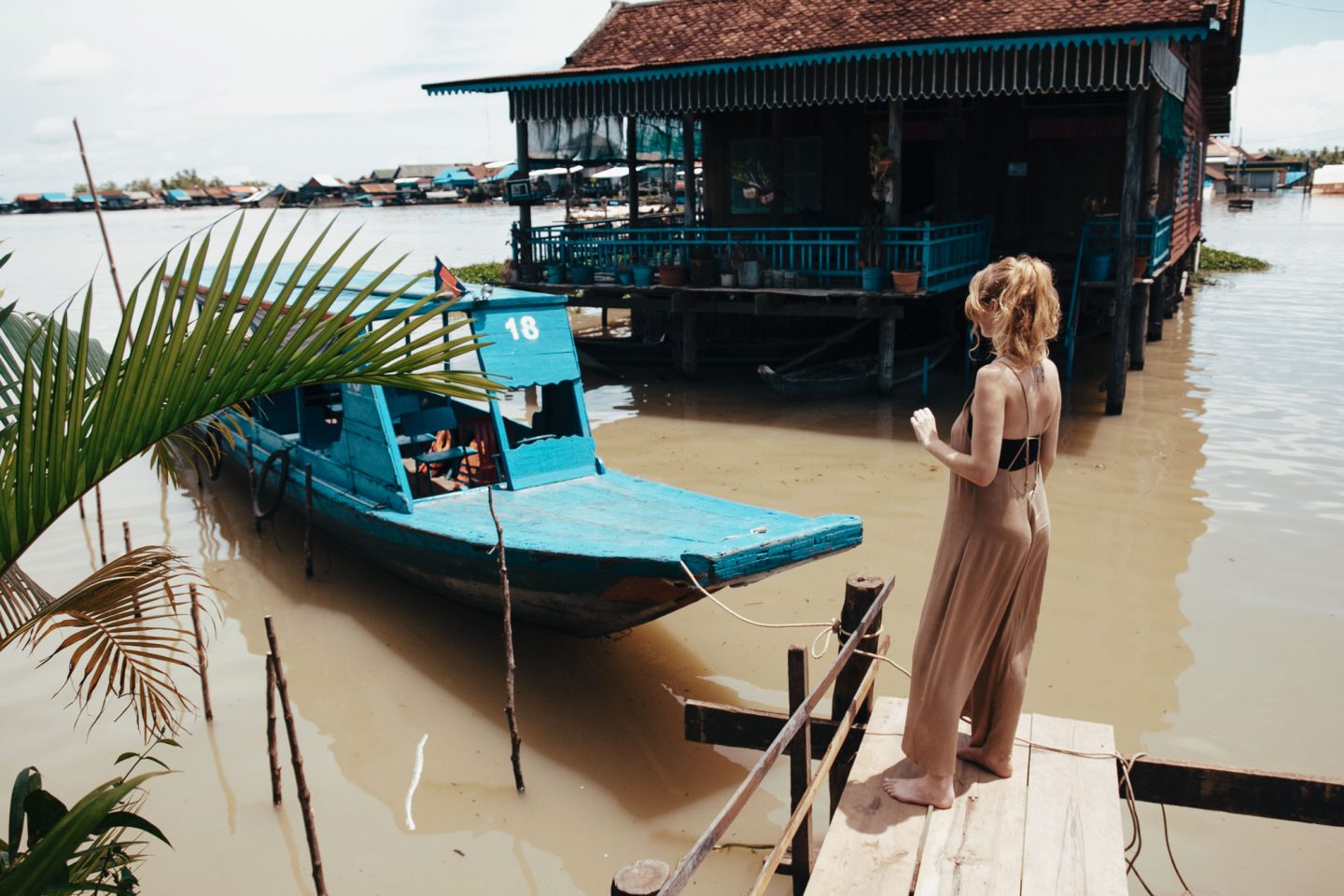 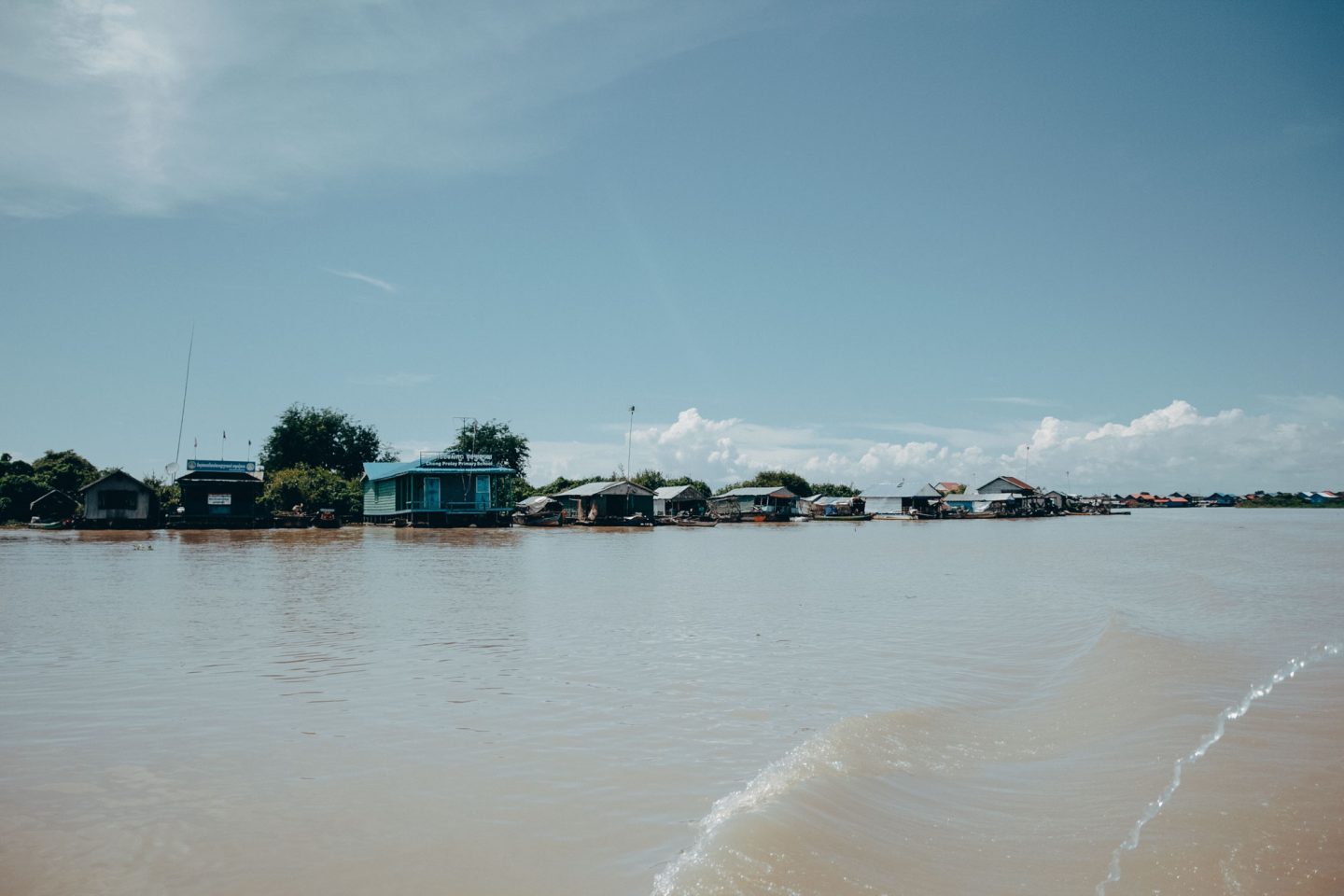 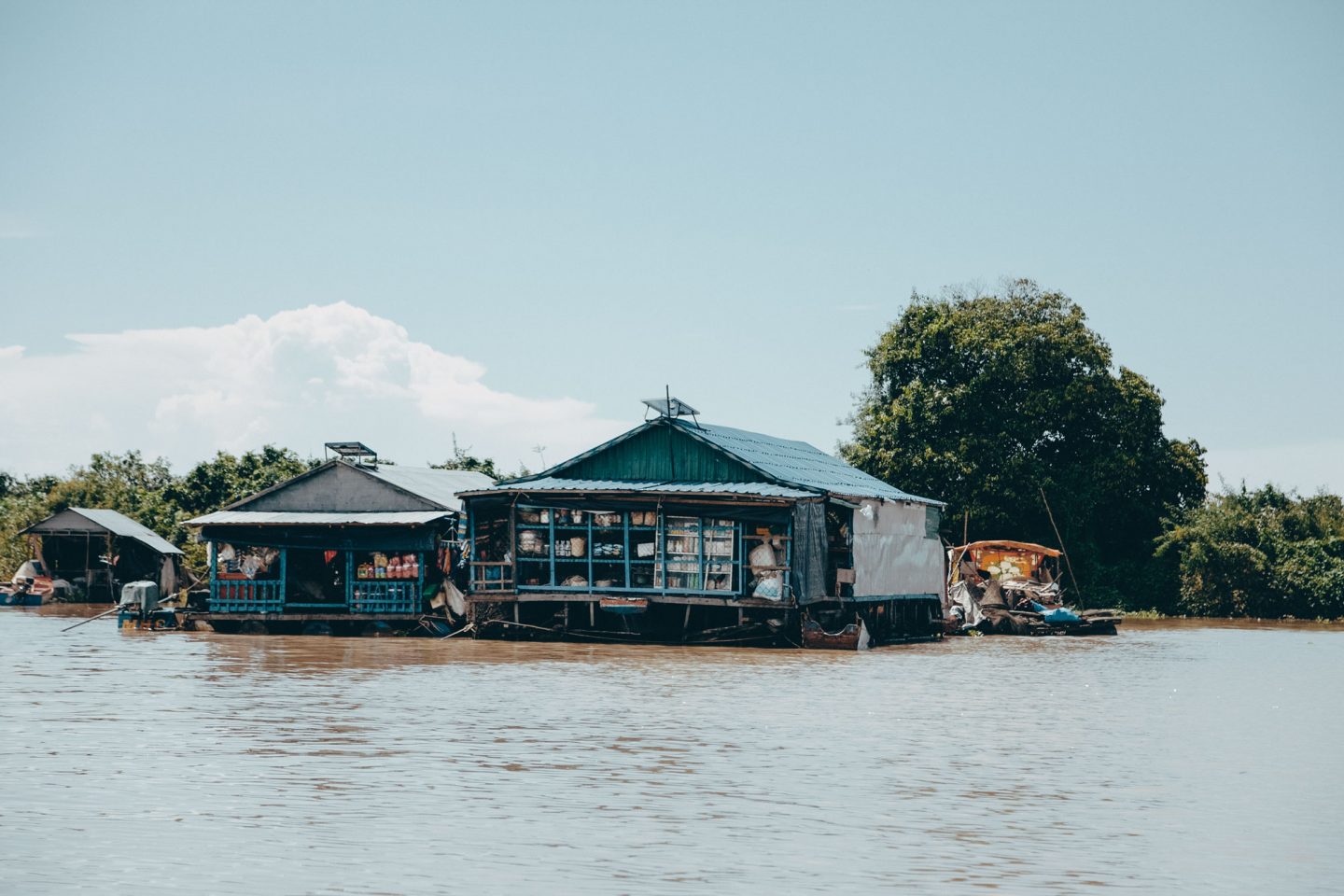 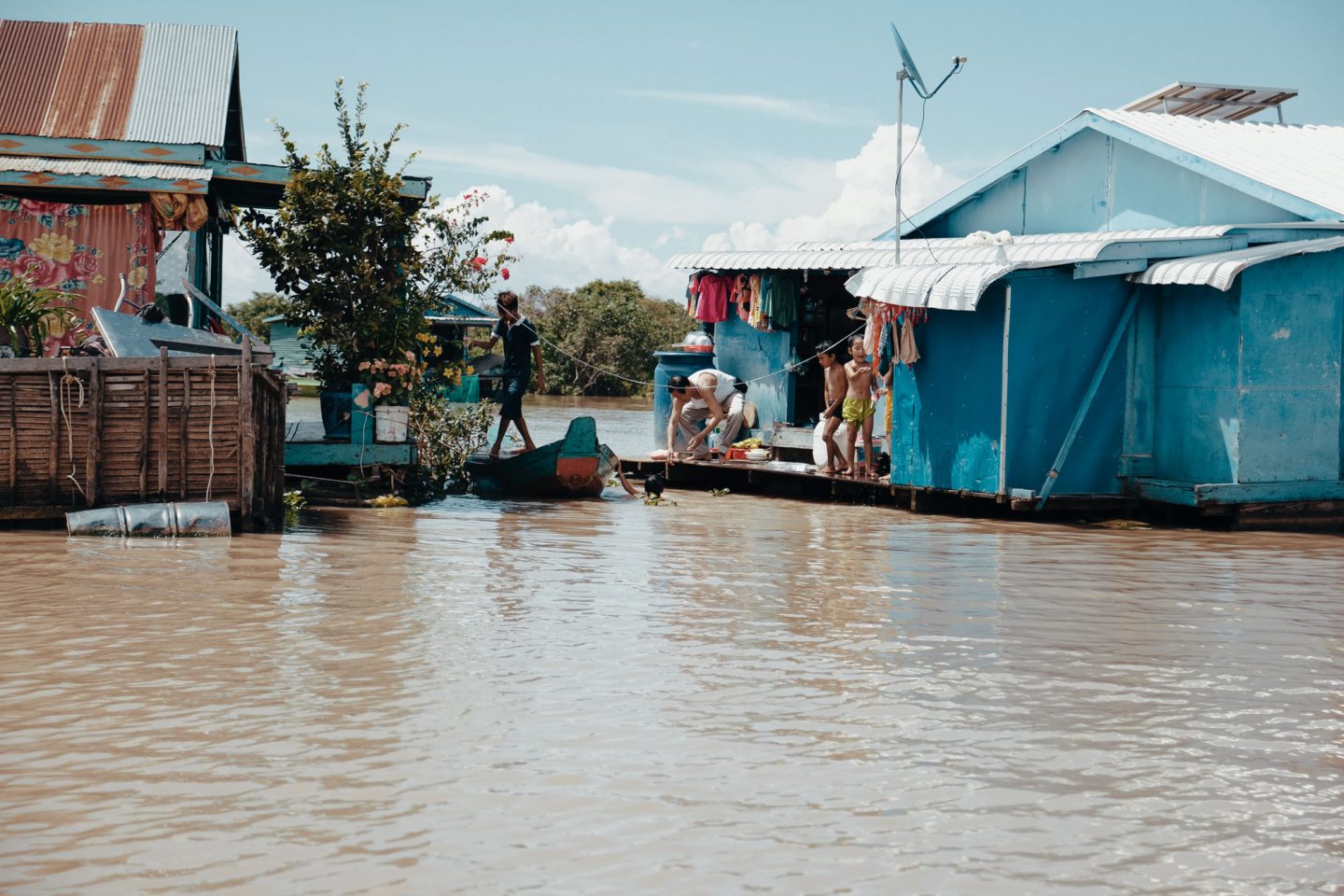 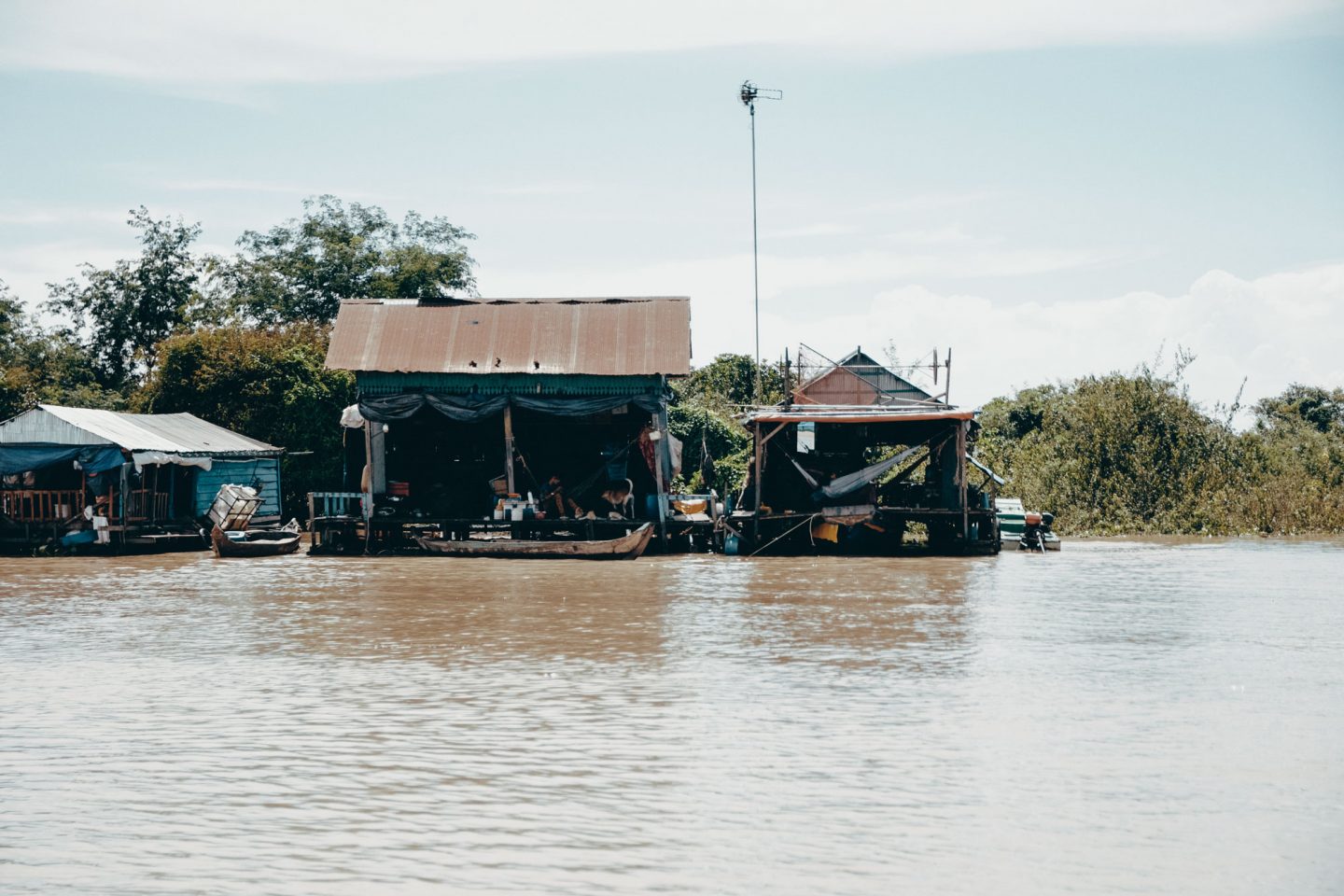 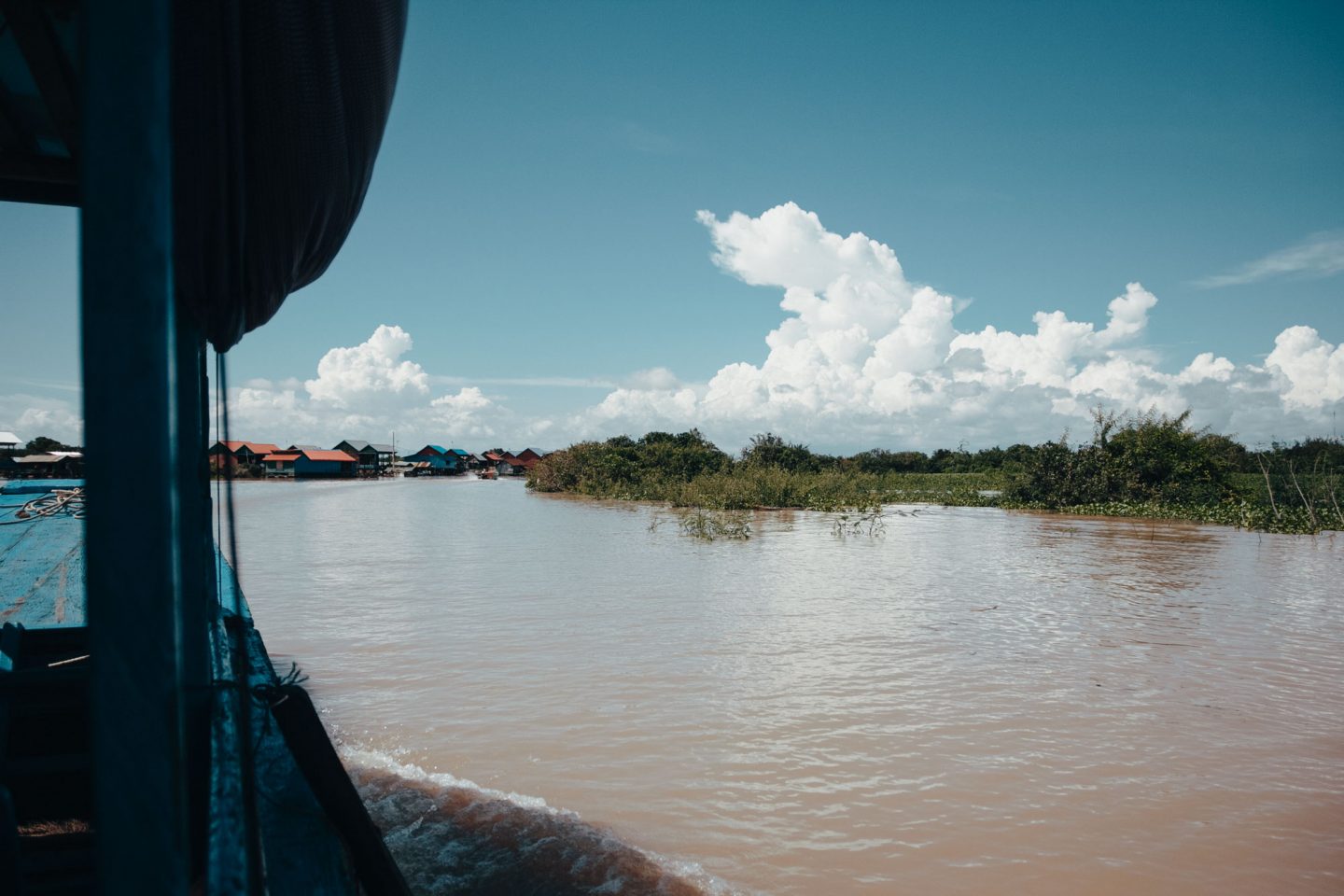 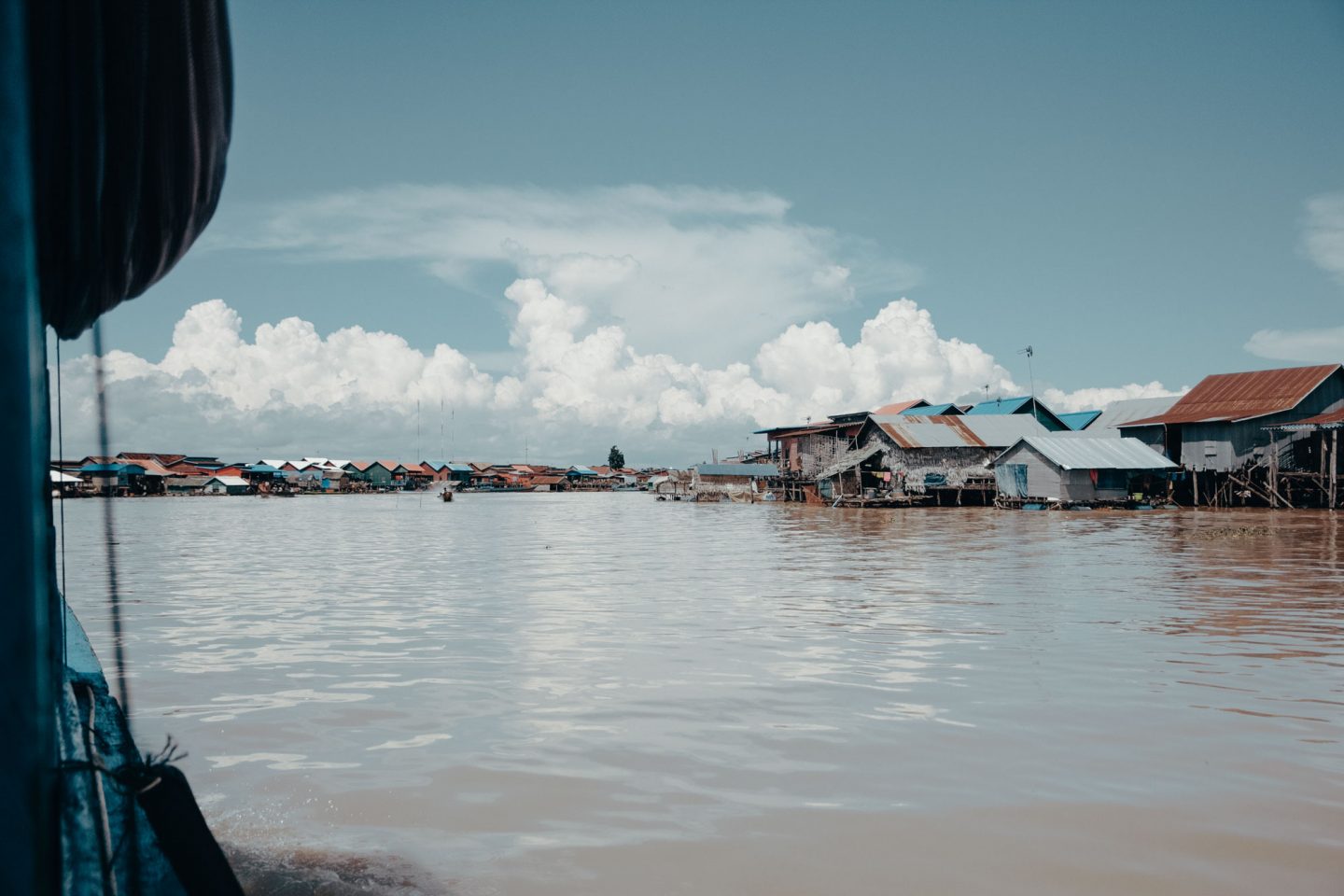